Home » News » Shapovalov low on confidence: It’s a mental issue more than anything else

Shapovalov low on confidence: It’s a mental issue more than anything else

Denis Shapovalov is struggling with his confidence after back to back losses on the clay. Today the Canadian lost the plot in the third set and talked about his struggles after his loss. 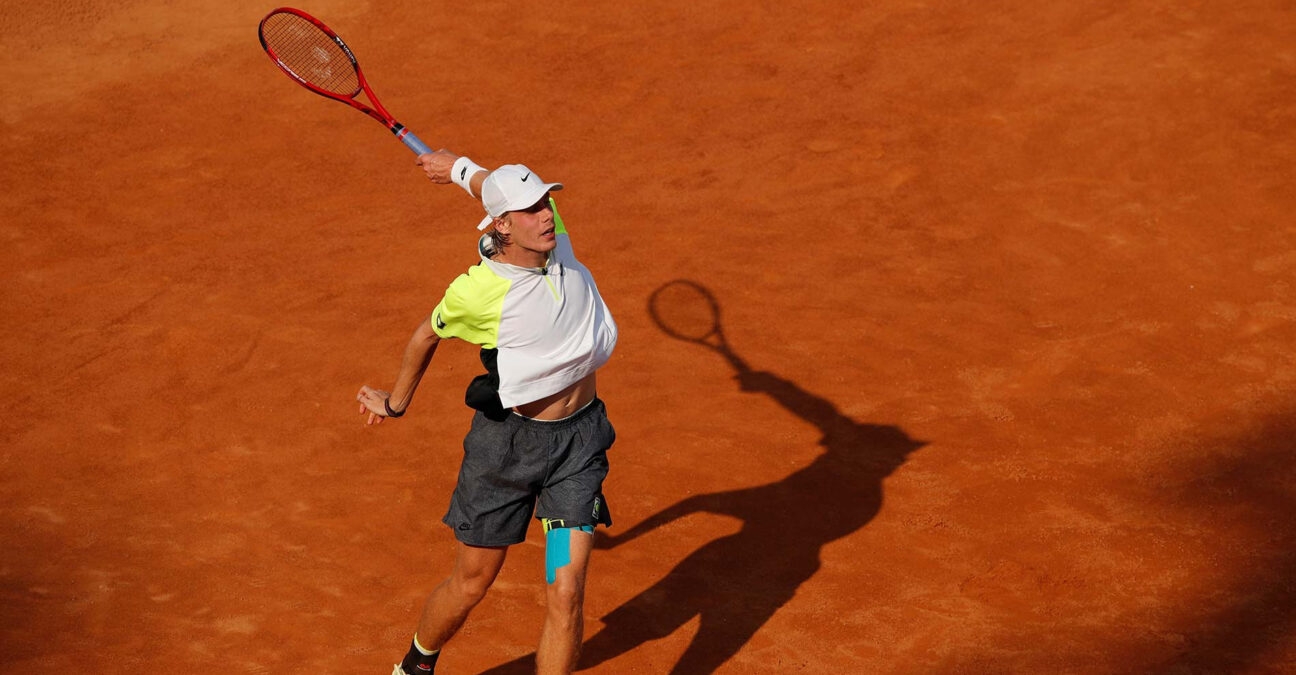 Denis Shapovalov took a wild card into the Millenium Estoril Open this week in the hopes that he’d get a few more matches under his belt before the Masters 1000 clay events in Madrid and Rome. Instead the Canadian suffered a three-set loss to Corentin Moutet and leaves carrying less confidence than he did when he arrived. Clay-court tennis can be a cruel mistress for those who prefer the faster surfaces.

“I don’t know, I have to go back and just speak with the team because my game is there but when I’m going out to the match it’s not coming out and it’s a mental issue more than anything else, because I’m practicing very good and at a very high level, and I’m just not able to bring that level out in the matches,” top-seeded Shapovalov said after falling to the Frenchman, 6-4, 2-6, 6-4, in a match that saw Shapovalov lose the plot in the third set, losing 12 points in a row at one juncture.

The world No 14 says the game plan was to be aggressive against Moutet. But he added that something was holding him back.

Shapovalov has struggled with a shoulder injury in recent weeks, but the 22-year-old says that his problems are more mental than physical at the moment. He had a tough time hitting his targets on Thursday, particularly with his drive volley.

“I think, again, it’s more of a mental thing,” he said. “If I fully commit I’m going to make those shots but something is holding me back during those moments, all those swing volleys, I’m not completely set because I’m not fully committed to it, really. That’s it, I want to play aggressive, I want to play my game – I feel like when I do then I can beat anyone. It’s just about that clicking and mentally just committing to it and not being afraid to miss one or two and that’s more the issue right now.”

Shapovalov drops to a flat 8-8 record on the season and he’ll head to Madrid, where he is a former semi-finalist, to try and build up some momentum. Before the tournament this week he said he believed that a few wins on the trot could put him on the right track, and he reiterated that sentiment in his brief press conference on Thursday in Portugal.

“I think it’s just more of a confidence thing,” he said. “When I’m confident, I’m not doubting myself and I’m able to go. Right now I haven’t had so many matches so, I’m a little bit, like, rusty, on whether I want to come in or whether I want to stay back. But I don’t think it makes a difference on the clay or not, again it’s more of a thing within myself.”

Shapovalov drops to 18-16 lifetime on clay with the loss. Though he is often inconsistent on the surface, he has two Masters 1000 clay-court semi-finals (Rome 2020, Madrid 2018) to his name. There’s no reason to believe he cannot produce another, or even better, but it will be tough without more confidence.

One response to “Shapovalov low on confidence: It’s a mental issue more than anything else”