Shapovalov on Murray matchup: “I grew up wanting to play against Andy in the spotlight like this”

Denis Shapovalov looks ahead to his third-round showdown against Andy Murray, which is set for Friday on Centre Court. 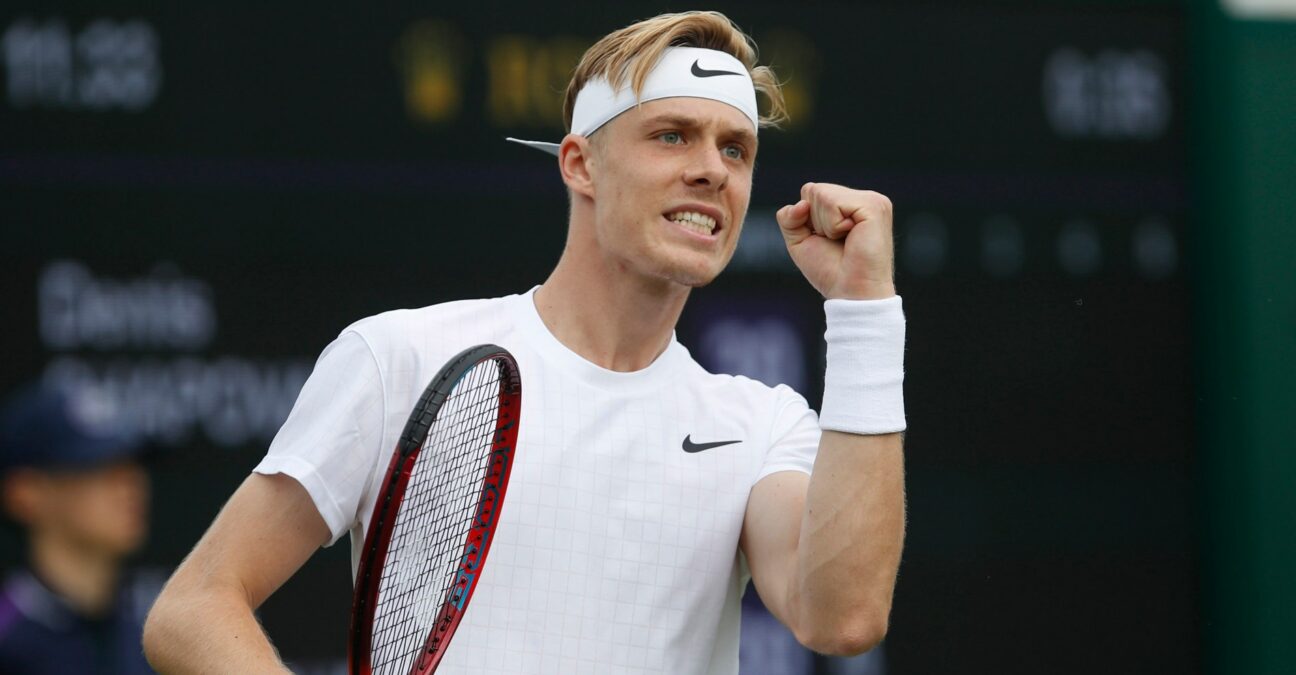 It’s rare that a player has a pre-match press conference at a Grand Slam. But when you’re going up against Andy Murray in the third round of Wimbledon, you’re in high demand. The British media wants to talk to you.

Such was the case for Denis Shapovalov on Thursday. Shapovalov, who did not have a second-round interview because he got a walkover from Pablo Andujar, will meet Murray on Centre Court on Friday. It will be the Canadian’s first-ever matchup with Murray and his first-ever appearance on the most famous court in tennis.

“I think it’s a great moment for me,” Shapovalov assured. “It’s going to be my first time on Centre Court at Wimbledon, so it’s definitely super exciting for me and my team and my career — definitely a match I grew up wanting to play against Andy in the spotlight like this.”

It wasn’t easy for either man to make it happen. Shapovalov needed five sets to get past Philipp Kohlschreiber in round one, while Murray survived a five-setter of his own against Oscar Otte on Wednesday night. The 34-year-old recovered from a two sets to one deficit, treating a raucous crowd to a 6-3, 4-6, 4-6, 6-4, 6-2 victory.

“I’ve watched a little bit; watched his match yesterday,” Shapovalov said of his upcoming opponent. “And, honestly, just as a tennis fan it was fun to watch…as a fan of Andy’s to see him back and moving so well, especially those last two sets, how he turned it around…. It felt like he was the player that he was a couple years back. It was really exciting to see. Watching the last couple of sets yesterday, it looked like the old Andy out there. It brought a lot of memories back to me, when he was dominant and playing so well. Even the commentators were saying that’s the old Andy right there, and for sure it was…. To see him moving the way he’s moving now, especially on the slick grass, it’s great to see — obviously not as an opponent, but as a fan of the sport.”

Shapovalov, still only 22 years old, used to be nothing more than a fan of guys like Murray, Roger Federer, Rafael Nadal, and Novak Djokovic. Now he is their rival. Although he has never played Murray, he has faced Federer once (0-1), Nadal four times (1-3), and Djokovic on six occasions (0-6).

The world No 12 was asked how he switches off the respect factor when an all-time great is on the other side of the net.

“I’ve been playing these top guys a couple times now, so for me it’s not a problem to turn the switch off anymore,” Shapovalov explained. “Obviously the first couple times you go up against them, it’s definitely a different match. Now it’s pretty much the same thing for me. It’s just I’m going up against another opponent. I know he’s a great player, and he’s very difficult, but I’m focusing on my game and what I can do. So for me it’s not too difficult anymore to switch that.

“But for sure it’s normal to have appreciation for what these guys have done in the sport and always show respect. I don’t think there is anything ever wrong with that. So I try to do that whenever I get the chance.”

Shapovalov will get another chance on Friday. For Murray, it’s a chance to make another trip to the second week of Wimbledon — a trip far more improbable than the last time he did so back in 2017.