Home » News » Shapovalov serves up a treat in Dubai

Shapovalov serves up a treat in Dubai

Putting in the hard yards on his serve proved a wise choice from Denis Shapovalov as the Canadian reached the last four in Dubai. 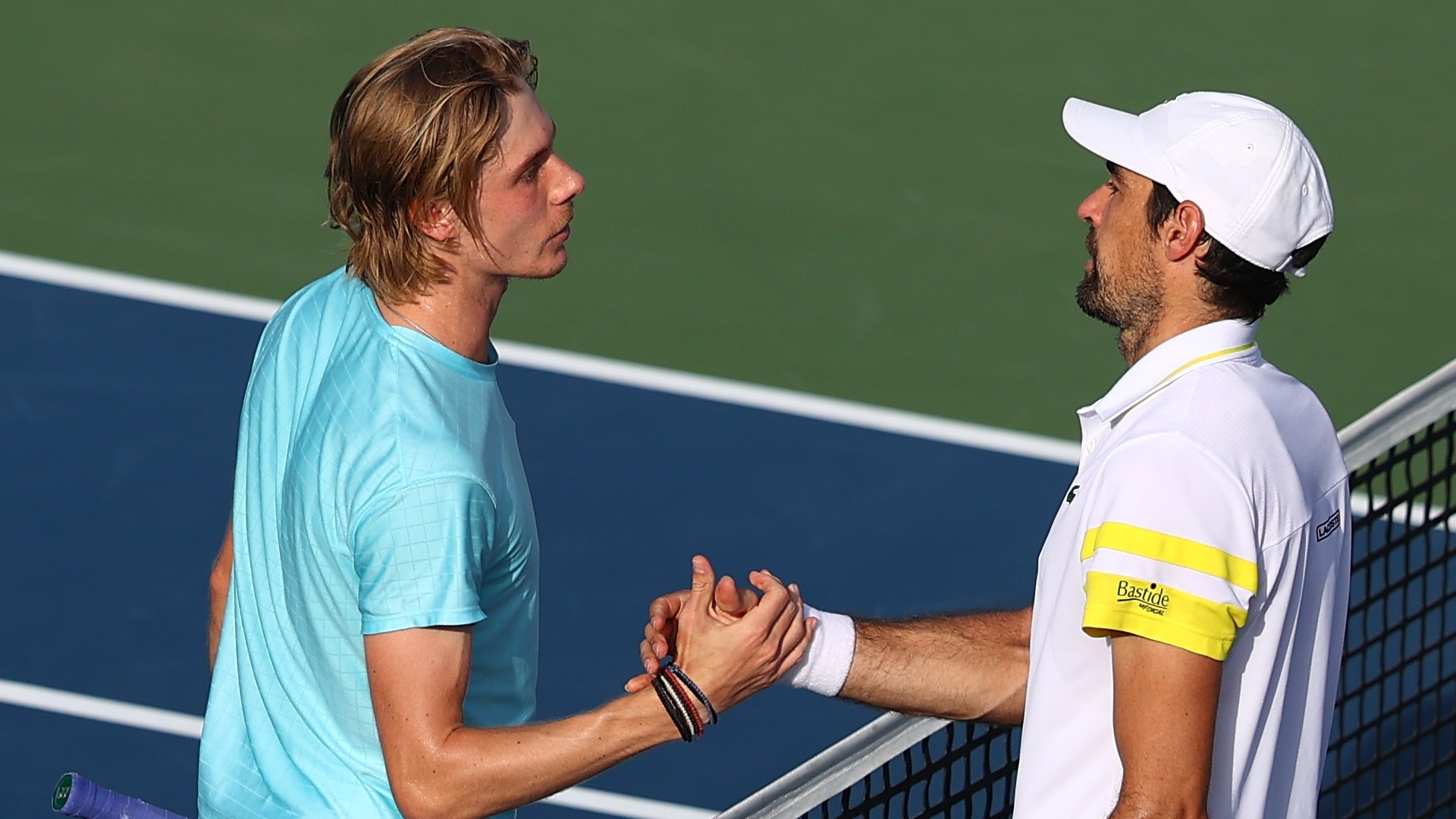 Denis Shapovalov secured a straight-sets win over Jeremy Chardy to set up a semi-final showdown with qualifier Lloyd Harris at the Dubai Tennis Championships.

The third seed struck 26 winners en route to a 7-5 6-4 triumph on Thursday, but it was his serve that pleased him most. Shapovalov, ranked 12th in the world, sent down 10 aces as Frenchman Chardy was deprived of any break-point openings.

“I’ve focused on my serve a lot in the past couple of weeks,” the Canadian said. “I have worked on placing it and tried out different types of serves to have more variation. I hope I can continue that. I’ve also worked on my footwork and positioning during rallies. I am feeling the ball well on both sides. If I am moving well, everything goes into place.”

Solid performance from @denis_shapo to make the final four at #DDFTennis with a 7-5, 6-4 win over Chardy. pic.twitter.com/32MxQKY3Ho

Harris was a surprise winner over Kei Nishikori, sealing a 6-1 3-6 6-3 success to dump out the former world No 4.

Second seed Andrey Rublev defeated Marton Fucsovics 7-5 6-2 and will now face fellow Russian Aslan Karatsev. Wildcard Karatsev continued his run with a hard-fought victory over teenager Jannik Sinner, coming from a set down in a 6-7 (5-7) 6-3 6-2 win.