Shapovalov soars past Cilic on perfect day for Canadian men

Denis Shapovalov rolls over Marin Cilic in straight sets at the Western & Southern Open. He joins fellow Canadians Felix Auger-Aliassime and Milos Raonic in the second round. 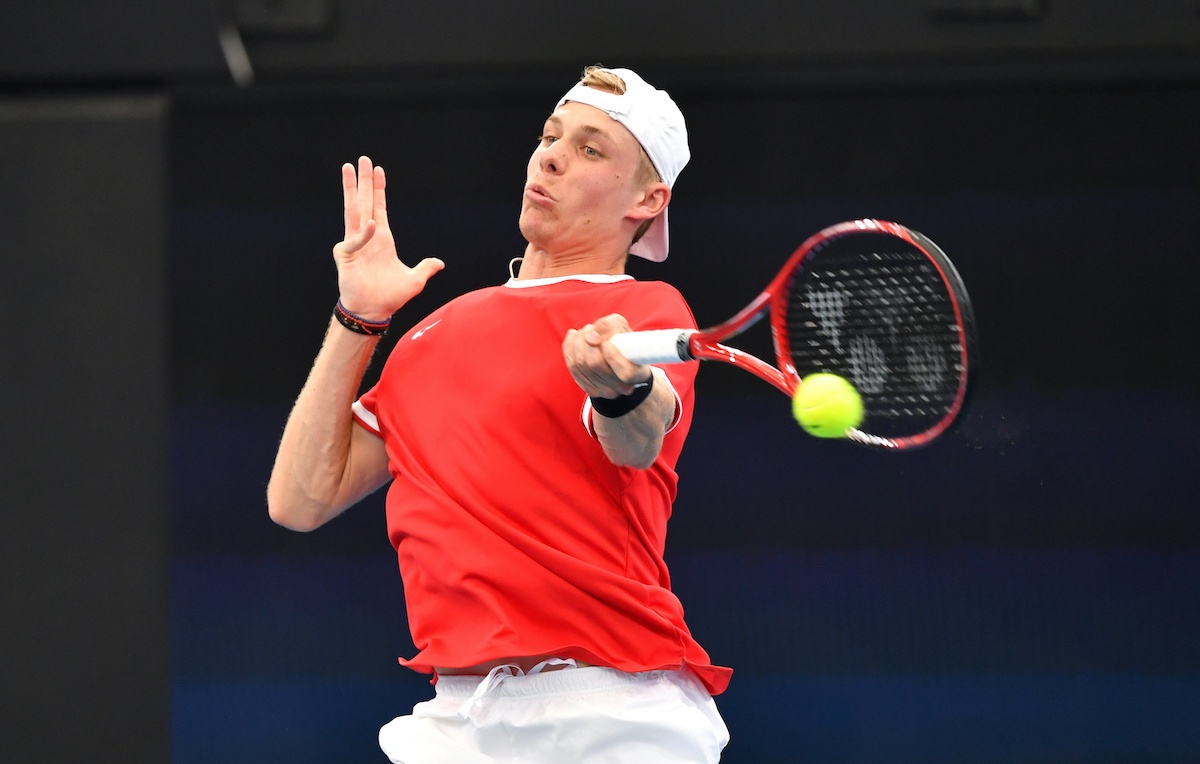 Oh, Canada! It was a long wait for tennis to return from its five-month coronavirus hiatus, but so far it has been worth it for Canadian men. Denis Shapovalov, Felix Auger-Aliassime, and Milos Raonic all advanced to round two of the Western & Southern Open and none of them even dropped a single set.

Shapovalov was featured in the night session on the main court (for this tournament that’s the Grandstand at the Billie Jean King National Tennis Center) and he treated the fans — albeit watching remotely on television — to a 6-3, 6-3 victory complete with his usual spectacular shot-making. The 21-year-old saved the only break point he faced and converted three of his four break chances to cruise in one hour and 18 minutes.

Auger-Aliassime began the day on Court 17 and made even quicker work of Nikoloz Basilashvili. The 20-year-old twice trailed by a break in the first set but ultimately got on track and cruised 6-4, 6-1 in one hour and 16 minutes. Auger-Aliassime’s match finished just seconds before Jan-Lennard Struff polished off a 6-2, 6-4 rout of Alex de Minaur. “I am the first winner of 2020 part two, post COVID,” the world No. 20 noted. “I am happy to be playing again and to get a win. I felt really good. Even though I had some nerves, starting again in different conditions than we are used to, I did the work in the last month and I felt like I had the resources in me to get the win today.”

Raonic also rolled, as not even the huge serve of Sam Querrey was enough to come close to taking a set against a Canadian man on Saturday. The 29-year-old made up for eight double-faults by blasting 19 aces and he fought off all three of Querrey’s break-point opportunities. Raonic also capitalized on each of his two break points, helping him seal the deal in one hour and 15 minutes.