Jannik Sinner fought hard to earn an impressive victory that knocked fourth seed Roberto Bautista Agut out of the Dubai Duty Free Tennis Championships on Wednesday. The 19-year-old rising star, who won the Great Ocean Road Open last month, struck 16 aces to prevail in a match that remained in the balance until the end.

Sinner won 6-4, 3-6, 7-5 to reach the quarter-finals, with Bautista Agut following top seed Dominic Thiem — who lost in the second round — out of the tournament. The Italian, who is the youngest player in the ATP Tour top 100, will face surprise Australian Open semi-finalist Aslan Karatsev next. Karatsev battled past Lorenzo Sonego in three sets.

“I am really happy that I can win in straight sets and quite confidently,” Rublev said. “I know Taylor since [the] juniors and it is always tough to play against him, because he has a huge serve and he is playing really fast. The first set was not even rallies because everything was serve, winner or serve, mistake, so everything was so fast. In these conditions, it is tough to find the rhythm. You don’t know what’s going to happen and it’s really not easy, but I’m happy that in the end I made it.”

The Russian now has 22 consecutive wins at ATP 500 events, a run that has included four titles at this level. Only Roger Federer has ever recorded a longer streak, doing so with a run of 28 in a row between 2014 and 2016. Rublev’s triumphs came last year in Hamburg, St. Petersburg, and Vienna in addition to earlier this season on the indoor hard courts of Rotterdam.

Those four events gave him 20 consecutive 500 wins, and now he has added two in Dubai by beating Emil Ruusuvuori and then Fritz — both in easy straight sets. Rublev beat his upcoming quarter-final opponent, Fucsovics, in the Rotterdam final. 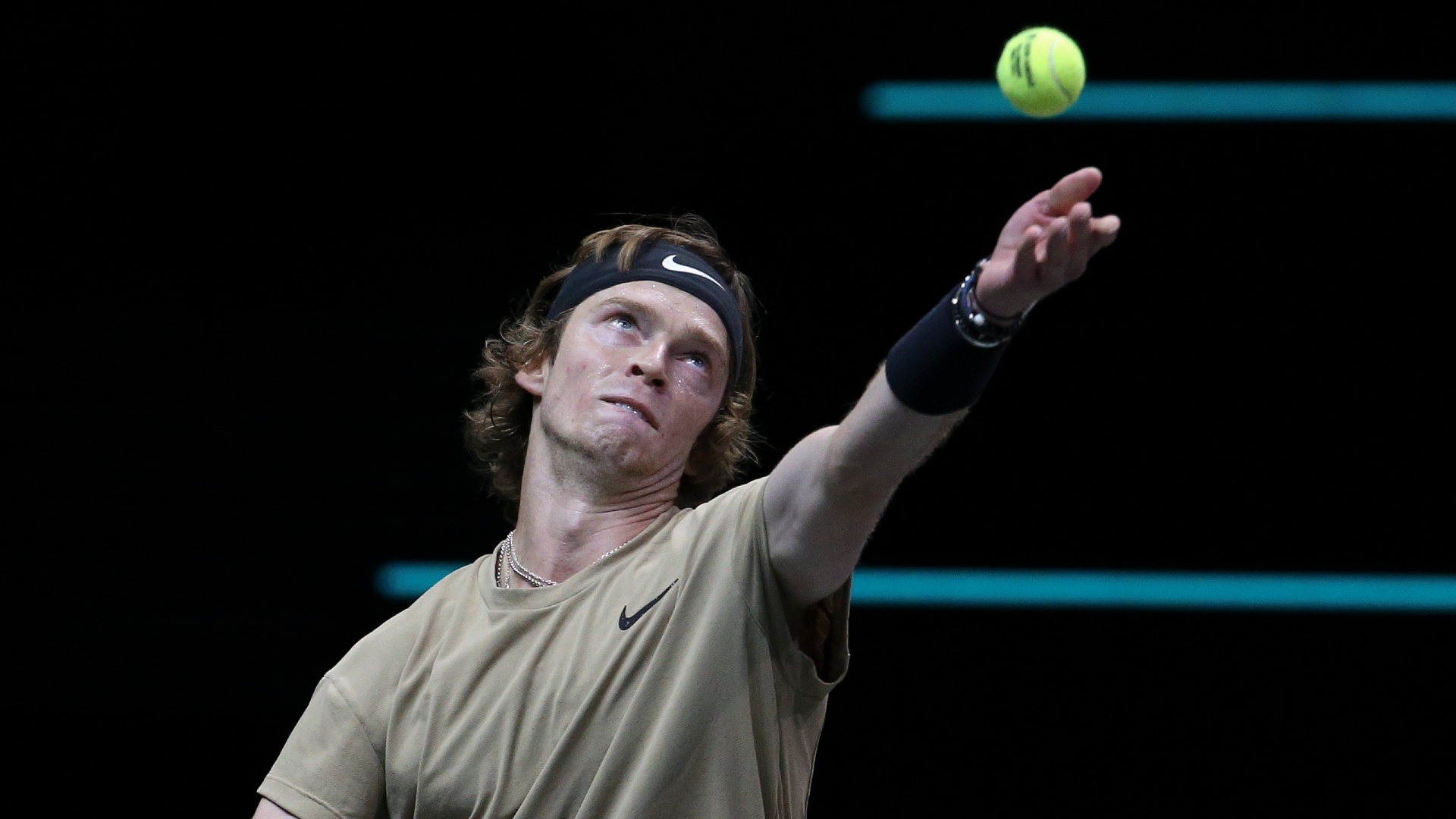 Third seed Denis Shapovalov is also through thanks to a 6-4, 6-3 win over Hubert Hurkacz, as the Canadian booked a quarter-final meeting with Jeremy Chardy.

This a much-needed successful week for Shapovalov, who had been struggling prior to his arrival in Dubai. The world No 12 preceded Wednesday’s result with a 6-1, 6-3 beatdown of Jan-Lennard Struff. For Chardy, success has been consistent the whole way in 2021. The 34-year-old Frenchman has already earned 11 match wins on tour this season with his trio of three-set victories this week (over Albert Ramos-Vinolas, Alex de Minaur, and Karen Khachanov.

Kei Nishikori will play Lloyd Harris in the other quarter-final. Harris was responsible for Dominic Thiem’s ouster in the second round.