Looking to go one step further than he did in London last year, Dominic Thiem battles past Stefanos Tsitsipas in three sets to begin the 2020 Nitto ATP Finals. 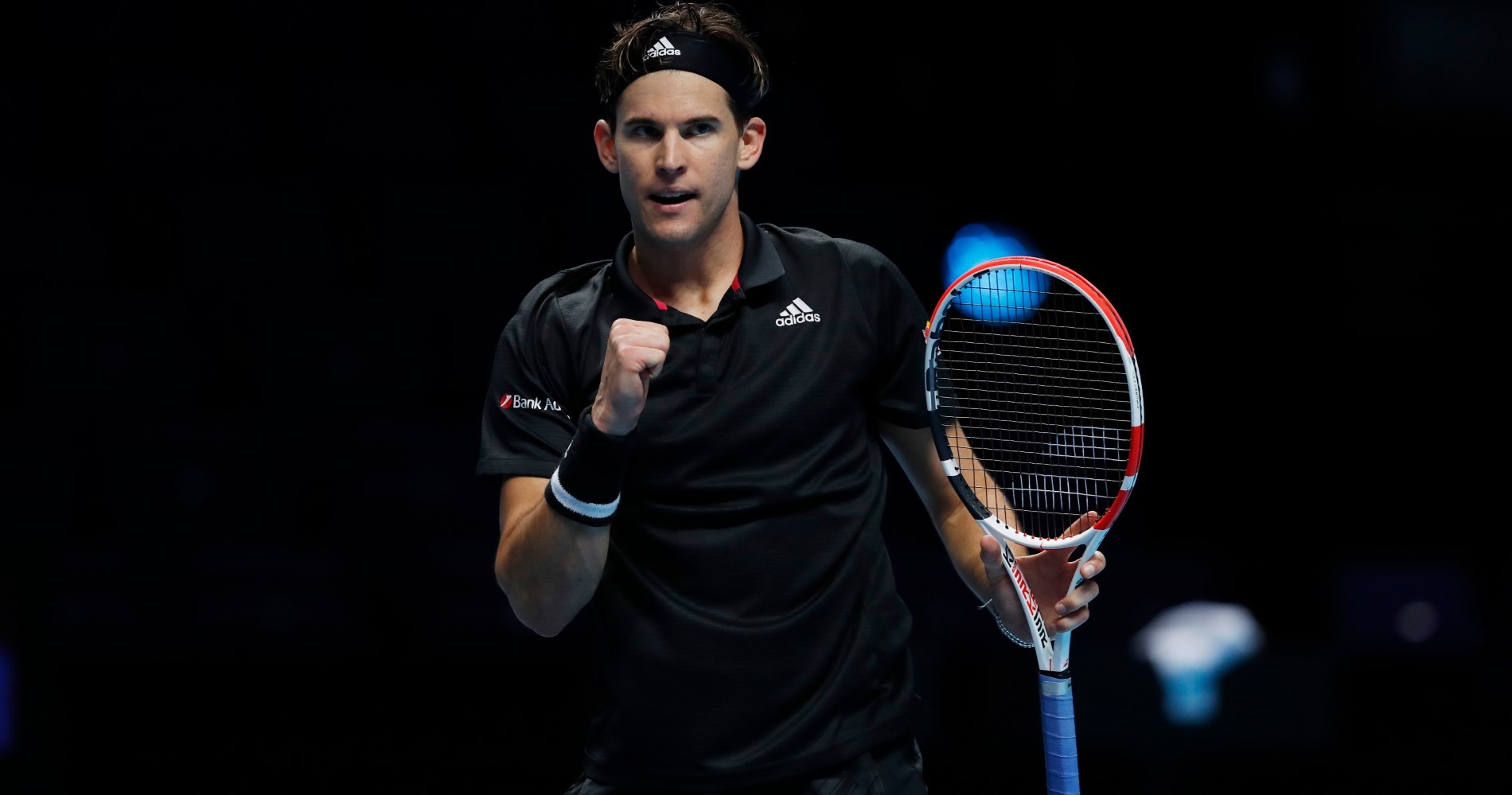 In a rematch of the 2019 Nitto ATP Finals championship, Dominic Thiem gained a measure of revenge on Stefanos Tsitsipas with a three-set victory to kick off round-robin competition at the 2020 year-end championship. Thiem won his opening match in London for just the second time in five appearances by prevailing in two hours and 17 minutes.

In last year’s final, two of the three sets went to tiebreakers. More of the same continued in the opening frame of play on Sunday, when both men held all six of their service games. Tsitsipas faced break points in two different games but saved three in total to force a ‘breaker. Thiem, on the other hand, dropped only seven points in his six service games.

It was Tsitsipas, though, who seized an early upper hand with the set on the line. An errant Thiem forehand at 1-1 donated a mini-break to his opponent, who consolidated his lead to 4-1. However, the Austrian recovered to win six of the last seven points — including four in a row from 5-3 down. Serving at 5-6, Tsitsipas should have put away an easy overhead but he let Thiem back in the point and it was eventually the world No 3 who forced the Greek into an error.

“That was the silliest thing that ever happened to me,” Tsitsipas said of the set point. “I had ball over the net, and I decided to play forehand instead of a smash. I don’t know what kind of decision was that, but it was very not sure enough. Didn’t take time; just rushed. Didn’t take time to think where I want to go and used my strongest shot, and he ended up passing me with a lob and I was in a defensive position afterwards.”

Just as he did in last year’s final, Tsitsipas recovered from the loss of an opening tiebreaker to take the second set. The world No 6 did not have much trouble doing so, either. He broke Thiem right away for a 2-0 advantage and consolidated it the entire way. In fact, the 22-year-old surrendered a mere six points in five service games and won all seven of his second-serve points. 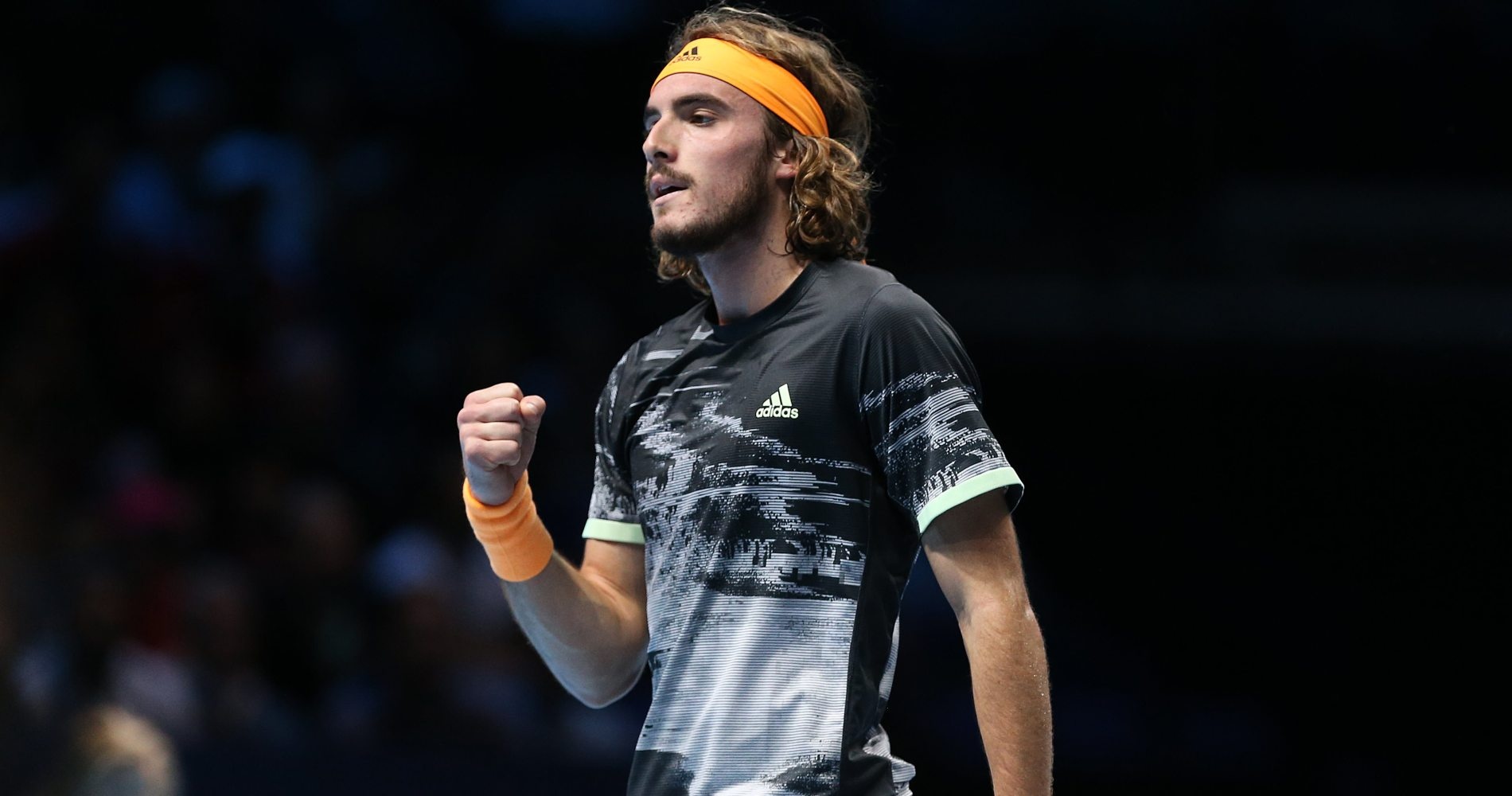 Their deciding set in 2019 went Tsitsipas’ way in a tiebreaker, but this time it was Thiem who got revenge. It was not only a role reversal of the 2019 thriller, but also of the second set. Like Tsitsipas had just done, the reigning US Open champion broke right off the bat and never let his lead go. The key moment came with Thiem serving at 3-1, when he saved a break point at 30-40 and then battled through six deuces before holding in marathon fashion. Two more routine holds pushed the world No 3 across the finish line.

“You cannot have any slow start against top 10 players,” Thiem said, referencing the unique nature of this tournament. “I experienced the last four years how important it is to have a good start in this tournament, and I did it…. Physically (I’m) definitely better than the last years, that’s for sure. But the bubble life is exhausting with all the testing. First of all I’m very grateful like all the players that events like this are still happening.”

A slightly different atmosphere than usual…