Andrey Rublev holds off Sebastian Korda in straight sets on Thursday in Miami. Meanwhile, Stefanos Tsitsipas led by a set and 2-0 in the second but bowed out to 26th seed Hubert Hurkacz. 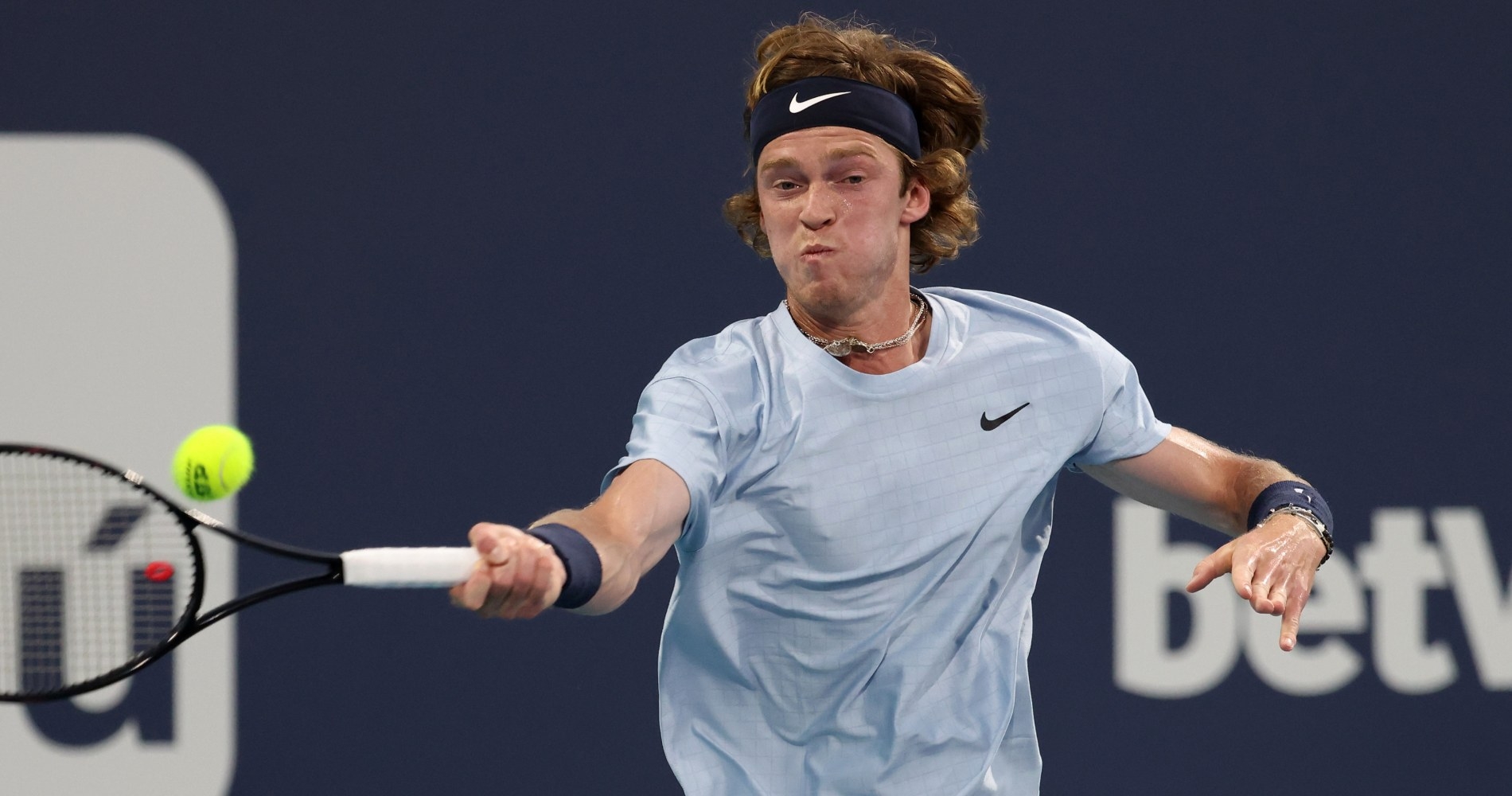 Second seed Stefanos Tsitsipas has blown a strong position to be knocked out of the Miami Open by world No 37 Hubert Hurkacz in three sets on Thursday afternoon.

The 26th seed lost the first set and trailed 0-2 in the second with Tsitsipas having two break points, before fighting back for an outstanding 2-6, 6-3, 6-4 triumph. The victory seals Hurkacz’s place in his first-ever Masters 1000 semi-final, where he will face Russian fourth seed Andrey Rublev.

Tsitsipas’s demise was the major story on Thursday, having only dropped one set in his previous three matches in Miami. The Greek world No 5 was in form, having made February’s Australian Open semi-finals and last week’s Mexican Open final. Tsitsipas was in control until Hurkacz dialed up his aggression in the second, producing a brilliant flick after the Greek’s volley to take advantage at 2-2.

Hurkacz got the crucial break at 2-2 in the third when the Greek coughed up a mistake by missing a routine smash.

The 24-year-old Pole also sent down 15 aces in a breakthrough win.

“It is so big,” Hurkacz said in his on-court interview about reaching his maiden Masters 1000 semi-final. “I was trying to keep fighting and that’s what I did. [I am] super pumped and happy that I was able to turn this match around. He was returning very well and I had to play a lot of rallies. At the beginning of the match, I tried to go for too much, so then I was trying to adapt my game a little bit.” Rublev claimed his 20th ATP Tour win for the calendar year, the most of any player ahead of Daniil Medvedev and Tsitsipas with 17, to book his semi-final spot against Hurkacz.

Predictions for Sebi in 2021? pic.twitter.com/sIuxJdVIDa