Stefanos Tsitsipas keeps rolling. After winning in Marseille on Sunday, he went on to win his first match in Dubai on Tuesday. 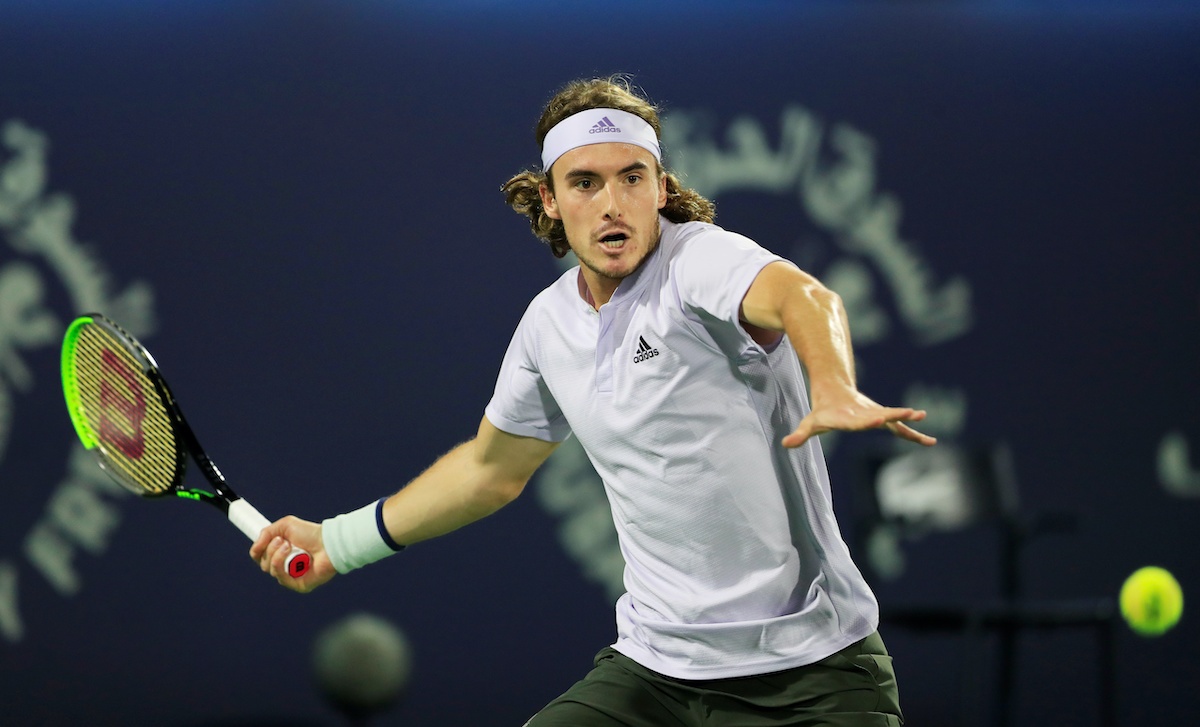 Indoor, outdoor, Marseille, Dubai: Stefanos Tsitsipas doesn’t care about those details, all he does is winning. Crowned on Sunday in Marseille, the Greek showed no sign of fatigue during his brilliant straight-sets win over Pablo Carreno Busta in Dubai on Tuesday (7-6(1), 6-1). Sure he lost the break he had early in the first set (3-0) but from then on it was pretty flawless and flashy.

Tsitsipas was seriously impressive on some backhands, like the one down the line on set point, putting on a show of aggressive tennis. You could also see the confidence gained in that French week as he never looked thinking of anything else than finishing it off as cleanly as possible.

Still so focused on each point, still very demonstrative of his desire to have the last word. With his type of game, confidence makes a massive difference, and it was obvious on Tuesday that Tsitsipas was already not the same player as earlier this month in Rotterdam. The No. 2 seed will now face Alexander Bublik in the next round, with a feeling of déjà-vu as they played each other in the semi-finals last Saturday!