Frenchman Ugo Humbert was a happy man after his surprise victory over the No 2 seed Stefanos Tsitsipas at the Paris Masters on Tuesday. 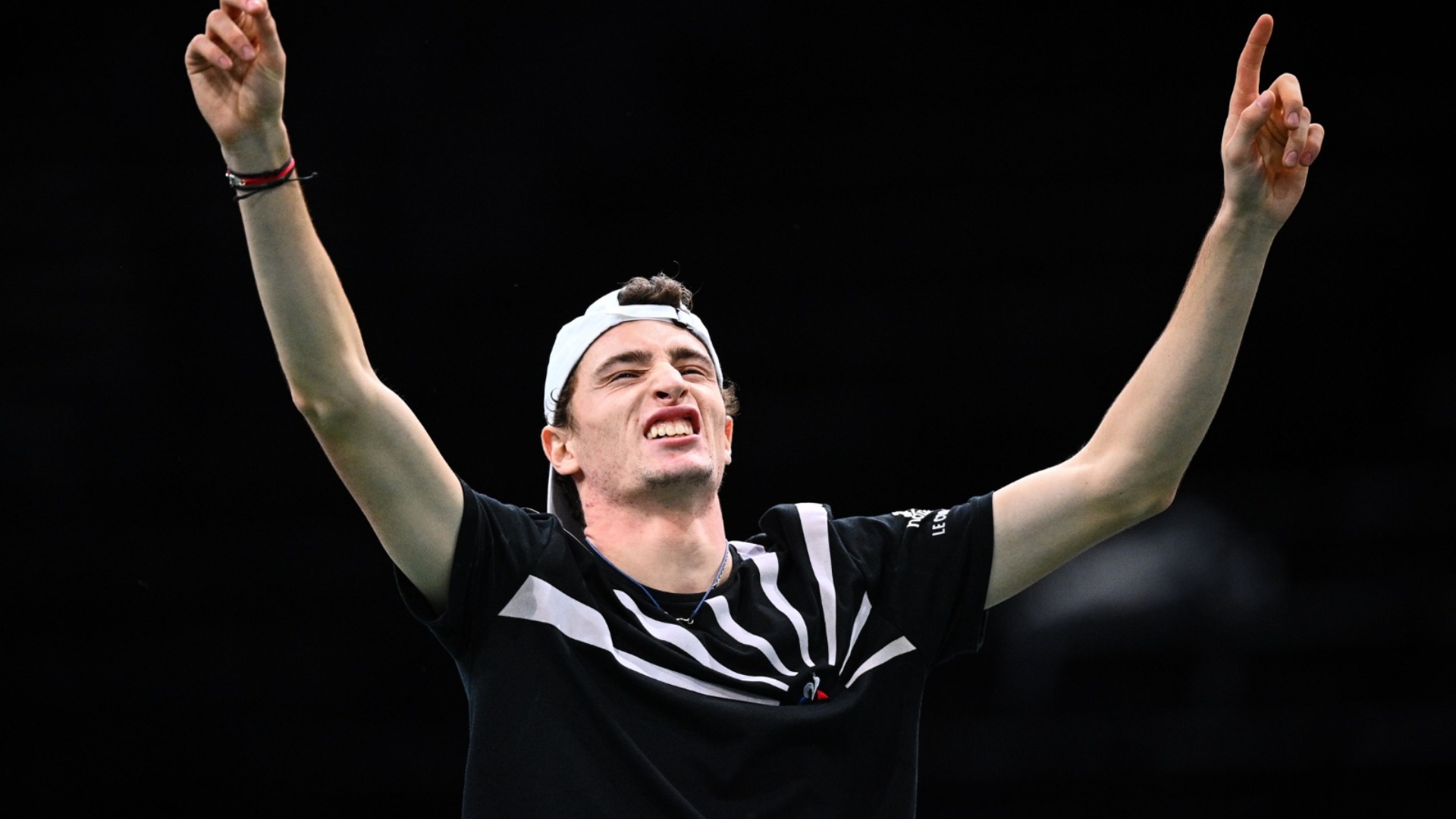 Stefanos Tsitsipas saw his interest in the Paris Masters ended at the earliest opportunity as he was beaten by Frenchman Ugo Humbert in an epic battle containing three tiebreaks on Tuesday.

Second seed Tsitsipas had a bye through the first round before starting his run against Humbert, but a 7-6 (7-4) 6-7 (6-8) 7-6 (7-3) reverse means the Greek can already turn his attention towards defending his ATP Finals title.

A topsy-turvy affair was ultimately settled in Humbert’s favour, although the 22-year-old looked to have ceded the initiative late in the second set. Having battled back from a break down to take the opener, Humbert squandered three match points in the second tie-break in a remarkable collapse.

But the world No 34, enjoying a fine year with breakthrough titles in Auckland and Antwerp, steadied himself again at the start of the decider. Humbert once more let a lead slip but this time recovered to see out yet another breaker and claim his second career top-10 win before hailing his own mental fortitude after a marathon match lasting three hours and 17 minutes.

“I’m super happy, super proud of myself,” he said. “I was mentally very strong to win this match against Tsitsipas, one of the best players in the world.”

Tsitsipas said he was disappointed with his own performance but praised Humbert’s display. “His serve was very consistent,” he said. “Despite having opportunities where he would serve second serves [and] I could come in, be more aggressive, it didn’t seem as easy as I had it planned in my head.”

Humbert was one of four Frenchmen to win on Tuesday, although fellow home hopefuls Gilles Simon and Corentin Moutet exited the tournament, the latter’s positive COVID-19 test granting Marin Cilic – Humbert’s next opponent – a walkover.

Tsitsipas’ loss came after the departure of eighth seed David Goffin, beaten in straight sets by Norbert Gombos. Kevin Anderson advanced to face Daniil Medvedev after Laslo Djere retired, while John Millman failed to build on his first ATP Tour title win in Astana as he lost to Miomir Kecmanovic.