Home » News » Tsitsipas, Sinner open in style – what happened on Day 3 in Vienna

Tsitsipas, Sinner open in style – what happened on Day 3 in Vienna

Stefanos Tsitsipas overcomes Jan-Lennard Struff in three sets on Wednesday in Vienna. Tsitsipas is joined in the second round by Jannik Sinner and Daniil Medvedev. 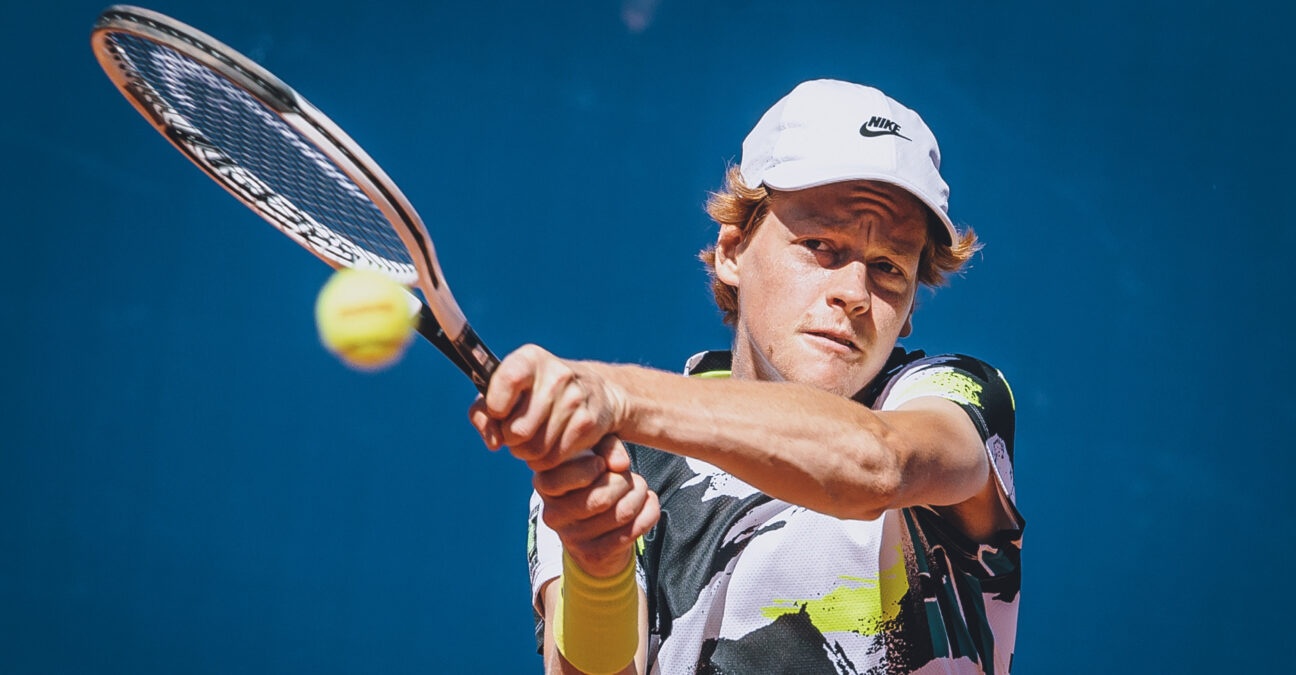 While second-round action at the Erste Bank Open began on Wednesday with Novak Djokovic vs. Borna Coric and Pablo Carreno Busta vs. Kevin Anderson, the first round came to an end. Daniil Medvedev, Stefanos Tsitsipas, and Jannik Sinner booked the final spots in the last 16 at this 500-point tournament in Vienna.

Seeds six, seven, and eight are already gone, as Diego Schwartzman withdrew, Gael Monfils retired from his opening match, and Denis Shapovalov lost right away to Jurij Rodionov. Medvedev and Tsitsipas, however, made sure that the top five seeds all advanced to the second round.

Desperate for some momentum having compiled a 1-4 match record dating back to the US Open semifinals, Medvedev raised his level to ease past lucky loser Jason Jung 6-3, 6-1. The sixth-ranked Russian saved all five of the break points he faced to cruise in one hour and five minutes.

Tsitsipas had lost two of his three previous meetings with Jan-Lennard Struff, but the Greek improved to 2-0 against the German in 2020 with a 6-7(3), 6-3, 6-4 victory on Wednesday. The world No 5 fired 12 aces while getting the job done in one hour and 52 minutes. He will battle Grigor Dimitrov for a place in the quarter-finals.

.@StefTsitsipas found his way out of the woods. 💪

In three sets, the Greek gets past a tough Jan-Lennard Struff and advances in Vienna.#ErsteBankOpen pic.twitter.com/EZPt4EtiWx

Sinner sets up showdown with Rublev

Jannik Sinner received a wild card for this event and he made the most of it by beating Casper Ruud 7-6(2), 6-3 in the first round. Sinner served at just 56 percent and double-faulted five times to go along with six aces, but big hitting from the back of the court helped him advance in one hour and 44 minutes. The 19-year-old Italian’s second service break of the day came at 4-3 in set two and allowed him to close out the proceedings one game later.

Sinner’s reward is a second-round clash with Andrey Rublev, who defeated qualifier Norbert Gombos 6-3, 6-2 on Monday. Rublev has been incredible from start to finish this season, with a tour-leading four titles (tied with Djokovic) plus quarter-final performances at the US Open and French Open. The eighth-ranked Russian is next in line to clinch a spot in the Nitto ATP Finals.

In an all-Canadian affair, Vasek Pospisil took down Felix Auger-Aliassime 7-5, 7-5. Pospisil had been 0-3 lifetime in the head-to-head series, but he finally got on the scoreboard in this matchup by prevailing in one hour and 49 minutes. It has already been a strong week in Vienna for the 30-year-old, who had to qualify just to get into the main draw. Auger-Aliassime, a finalist and semi-finalist in the two Cologne events, will now prepare for the Paris Masters.

Popsisil will face Medvedev in the second round on Thursday.

Kevin Anderson, who is outside the top 100 due to injuries, ousted world No 15 Pablo Carreno Busta 7-5, 6-1 too book a quarter-final spot.