Home » News » 20-year-old American Jenson Brooksby has been a revelation at Citi Open, and Andy Murray is on his bandwagon

20-year-old American Jenson Brooksby has been a revelation at Citi Open, and Andy Murray is on his bandwagon

Outside of the top-300 at the start of the season, red-hot Jenson Brooksby will be a member of the top-100 next week. Today he reached his first ATP 500 semi-final with a convincing takedown of John Millman. 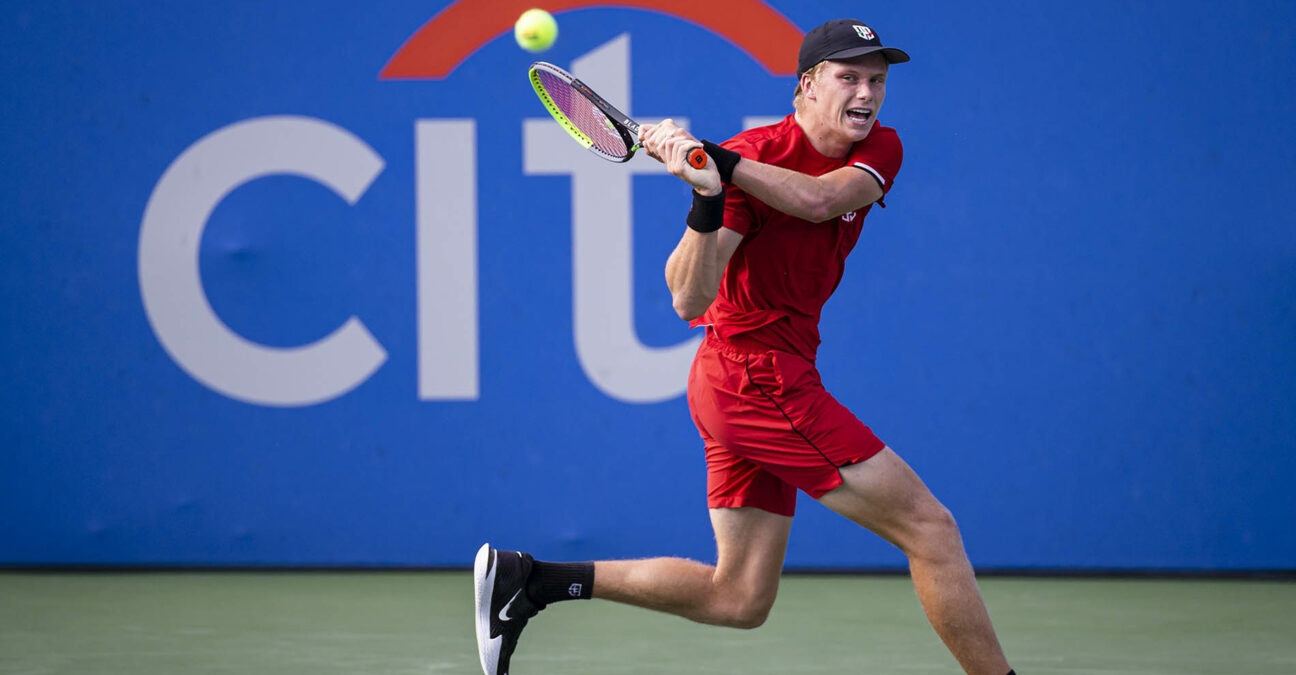 Aug 5, 2021; Washington, DC, USA; Jenson Brooksby of the United States hits a backhand against Felix Auger-Aliassime of Canada (not pictured) during the Citi Open at Rock Creek Park Tennis Center.

Jenson Brooksby has discovered a rich vein of form in 2021, and the Sacramento, California native is showing no signs of slowing down. On Friday in Washington, D.C. the 20-year-old reached his first ATP 500 semi-final with a crisp, commanding 6-1, 6-2 triumph over John Millman that assures him a top-100 debut in next week’s rankings.

Considering that Brooksby finished 2020 at 307 in the world and as a very much unproven commodity at the professional level, his rise has been eye-catching to say the least. 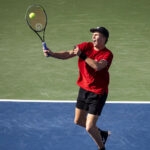 After dismantling Millman in 67 minutes, dropping just three first-serve points and winning 27 of 50 return points, Brooksby talked to reporters about the differences in his game compared to 2018, when he lost to Millman in the first round at the US Open, 6-4, 6-2, 6-0.

“I’m a late grower, so I think mostly I think I have just physically improved a lot,” Brooksby said. “My coach showed me a little, just a couple points just like I was surprised how small I was. I was 17. I was just a small guy. Couldn’t be that physical.

“Now I think my game has just gotten better. I have gotten mentally stronger and definitely more physical. So it’s definitely a way different ballgame for me in general now than a couple years ago.”

Brooksby has yet to drop a set all week in victories over Kevin Anderson, Frances Tiafoe, Felix Auger-Aliassime and Millman. He has notched his first two top-50 victories and improved to 8-2 on the ATP Tour this season, and 38-7 at all levels.

“Jenson Brooksby is the sort of player I love to watch,” Murray tweeted, continuing to compare the young American to former world No 18 Florian Mayer. “Lots of variety..high tennis IQ….great in defence. His slice and backhand volley are almost identical to Florián Mayer.”

Brooksby learned of Murray’s tweet and said that he was touched – and added that he agrees with the Mayer comparison.

“I think that’s very accurate,” he said. “Obviously that’s great words to hear from Andy. I mean, he’s been one of the best in the sport and a great guy to look up to. That means a lot. That’s great words coming from him.

“I think he is right with that, because he plays a similar style, as well. It’s funny, I always laugh at that, it is Florian Mayer that had the two-handed slice and volley on the guys’ side. Yeah, that’s funny.”

Next up the American will come up against a player that is both younger than him and in possession of more tour-level experience. It will be interesting to see how Brooksby, the local favourite, will handle the challenge of facing the Citi Open’s highest remaining seed (5), Jannik Sinner.