Disappointed Kyrgios knocked out of Citi Open: “My head’s in the shed”

After a flat performance in a first-round loss to Mackenzie McDonald, Nick Kyrgios tried to make sense of his missing mojo. 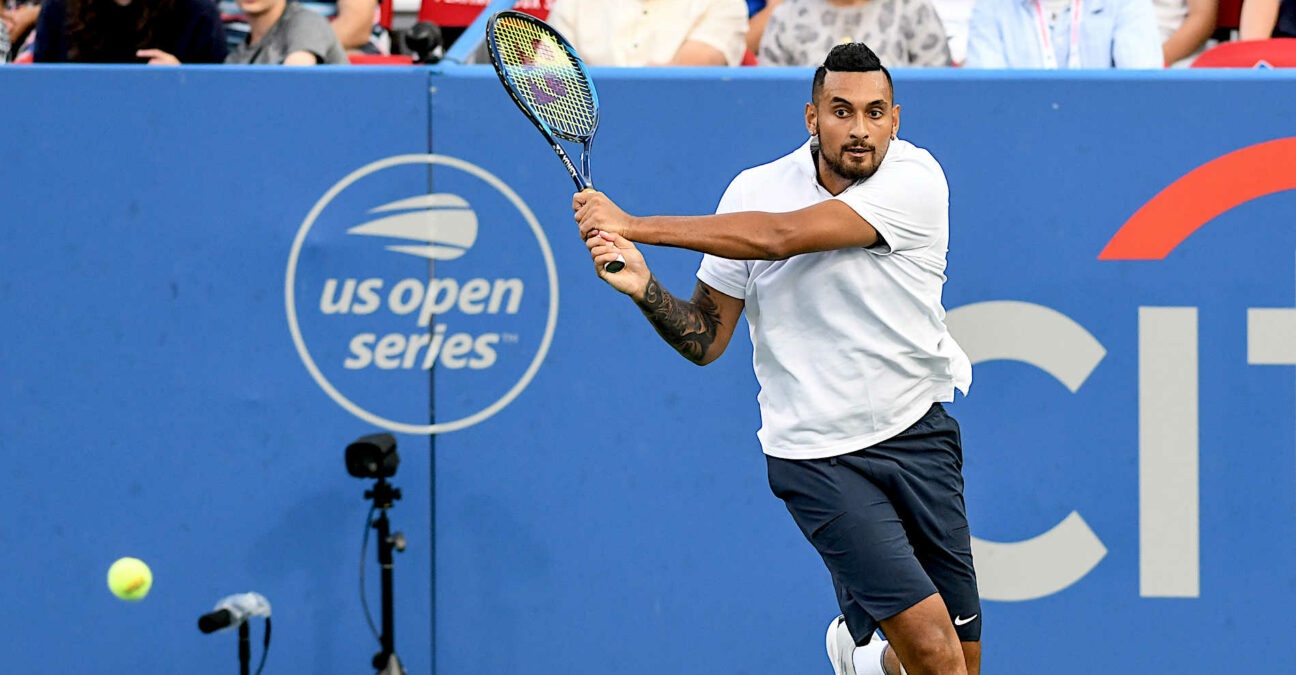 Nick Kyrgios, the defending Citi Open champion, was boxed up and shipped out of the singles draw by American Mackenzie McDonald 6-4 6-4 on Tuesday night in Washington, D.C. Afterwards the enigmatic Aussie couldn’t quite make sense of what was missing from his game during the first-round encounter as he talked to reporters and simultaneously ran through the details of his lacklustre performance.

“I’m not going to talk bullshit,” he said of the loss, which lasted one hour and 17 minutes. “I played pretty average.”

Kyrgios was broken twice – once in each set – and failed to convert any of the five break points he saw against the hard-nosed American. The Aussie says he didn’t have a feel for the pressure points on Tuesday night, and he freely admitted that he wasn’t quite sure why.

Not in the moment anymore, lacking emotion

Kyrgios, who was in showstopping form during run to the title at the Citi Open in 2019, says he simply couldn’t switch on and meet the moment against McDonald. He drops to 7-5 on the season as a result, but is still alive in the doubles draw at D.C. – he is paired with Frances Tiafoe, who also fell on Tuesday night, 7-6(4), 7-5 to American Jenson Brooksby.

Whether he can find his on-court muse before the US Open remains to be seen, but the world No 77 does at least seem interested in conducting the search. He was uncharacteristically subdued during Tuesday night’s contest, and never really found his competitive fire. The good news, though, is that Kyrgios knows what is needed to improve.

“That just meant that I just cared a lot. Do you know what I mean? Like I actually cared what was happening. Now I lose and I’m actually happy for the other guy. Back then, I couldn’t stand the other guy. Now I’m like… I don’t know, I don’t know. I always had this theory when people got angry when they’re losing, really angry, that it was a sign that they cared. Do you know what I mean? Like it’s positive. Now, I don’t know. It’s weird, man. It’s really weird.”