Revitalized Nishikori is into first semi-final since 2019: “It’s been two years since I felt like this”

Kei Nishikori is back in the zone on the North American hard courts, and the former world No 4 is inspired by his form. On Friday he defeated Lloyd Harris to reach his first semi-final in over two years. 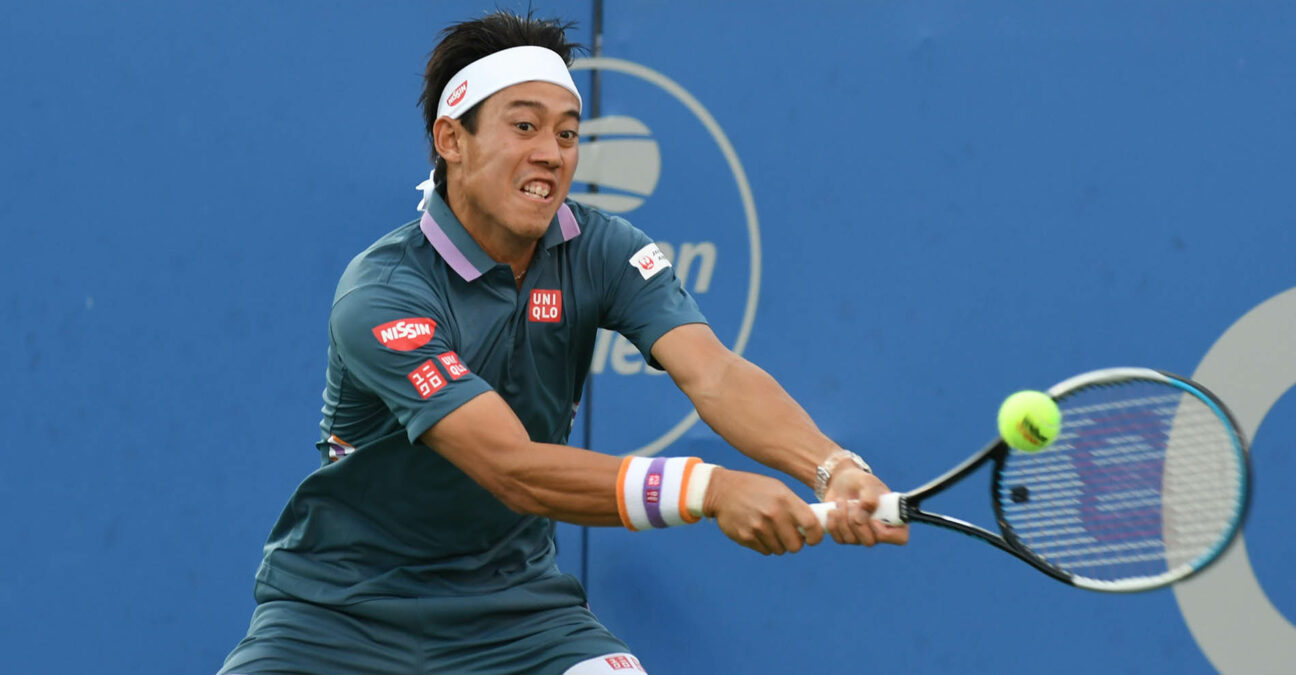 It has been an extremely long road back for Kei Nishikori since his elbow surgery in October of 2019. The former world No 4, a 12-time title winner on tour and the first Asian-born male to reach a Grand Slam final, has had to struggle to find his form with a surgically repaired right elbow.

To make matters worse, the pandemic is not exactly the proper environment for getting tons of matches under one’s belt – Covid-19 has added a whole new layer of difficulty to the challenges of performing on tour.

And yet, 31-year-old Nishikori has finally found his way back closer to top form. Nishikori built some confidence on on the clay this spring, reaching the second week at Roland-Garros, but the real progress has been made over the last two weeks.

Finding his peak tennis – it has been two years

Nishikori says that between the Tokyo Olympics, where he earned his first top-10 win since 2018 and reached the quarter-finals, and this week’s Citi Open, where he is into his first semi-final in over two years, he has suddenly found a level up in form.

“I feel like it’s been two years that I feel like this,” he told reporters on Thursday after defeating seventh-seeded Cameron Norrie 3-6, 6-3, 6-3 in the round of 16 at the Citi Open. “The way I feel on the court is very nice, very comfortable, being aggressive. I’m finally start feeling the ball. So feel like beating top 10, it’s been two years also. But after coming back from my wrist injury, last week was first time I felt like strong, and I feel like I’m carrying that this week too.

“Very happy. Very pleased that how I keep playing like this. There is some up and downs, but, yeah, last two weeks I have been feeling pretty nice.”

A better serve that is easier on the arm

Earlier this season Nishikori talked a lot about revamping his serve to make it easier on his elbow, and he says that making subtle changes to the stroke has helped him stay healthy, which also preserves his peace of mind on and off court.

“I did after elbow surgery, last December, I was working with Max [Mirny], Michael [Chang] and Japanese coach as well,” Nishikori said in March at Rotterdam. “I tried to look again with my serve and I needed more power but less using my shoulder; I was hurting my shoulder, too, last year.”

Several months later it is clear that Nishikori is beginning to fire on all cylinders again.

“I think I am more steady now,” Nishikori said on court after defeating Lloyd Harris 6-3, 7-5 in quarter-final action on Friday night at the Citi Open. “Less unforced errors in the last couple of months, I was not able to make many balls before, but now I do, and also my confidence is coming up.”

Nishikori has historically performed well on all surfaces, but the hard court is where he has won the majority of his 12 titles. 10 have come on hard courts, and he is just two steps from winning a second title at the Citi Open. In 2015, as the world No 5, he defeated Marin Cilic and John Isner in back-to-back finals to take the title in Washington, D.C.

He’d like nothing more than to raise the trophy again, to kick his US Open Series off with a glorious reminder of the potential he possesses when he is playing peak tennis.

“Since last week I think it’s been almost two years I been feeling like this on the courts, like very focus and very steady,” he said. “Not making too much mistakes, unforced errors. Yeah, this feeling I want to really, I hope I can carry couple more weeks until US Open,” he said. “I think this is, you know, makes me great confidence. Yeah, I hope I can keep going two more matches.”