An eventful first day of main-draw action at the Western & Southern Open entertained the tennis world, albeit mostly from afar. 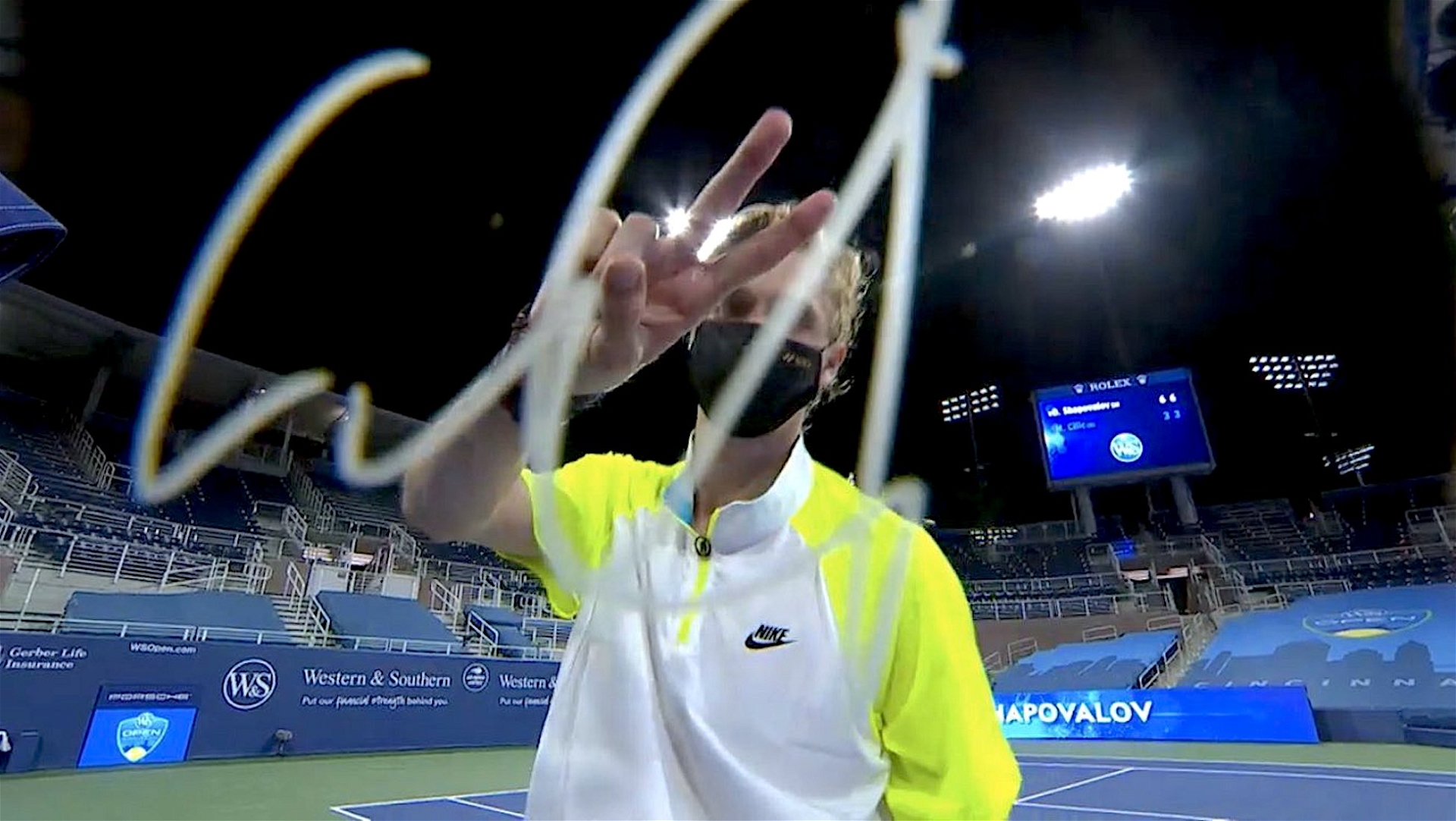 Fans were not on hand to see it in person, but Nike’s Andre Agassi-esque clothing line was the talk of the town on Saturday. Throughout the first day of main-draw action at the Western & Southern Open, players were bringing out the bright colors and wild patterns of the latest Nike kit.

Felix Auger-Aliassime was first up on Court 17 and wore the colors proudly during his 6-4, 6-1 victory over Nikoloz Basilashvili. Fellow Canadian Denis Shapovalov capped off Saturday’s schedule in a similar outfit, as he defeated Marin Cilic 6-3, 6-3. 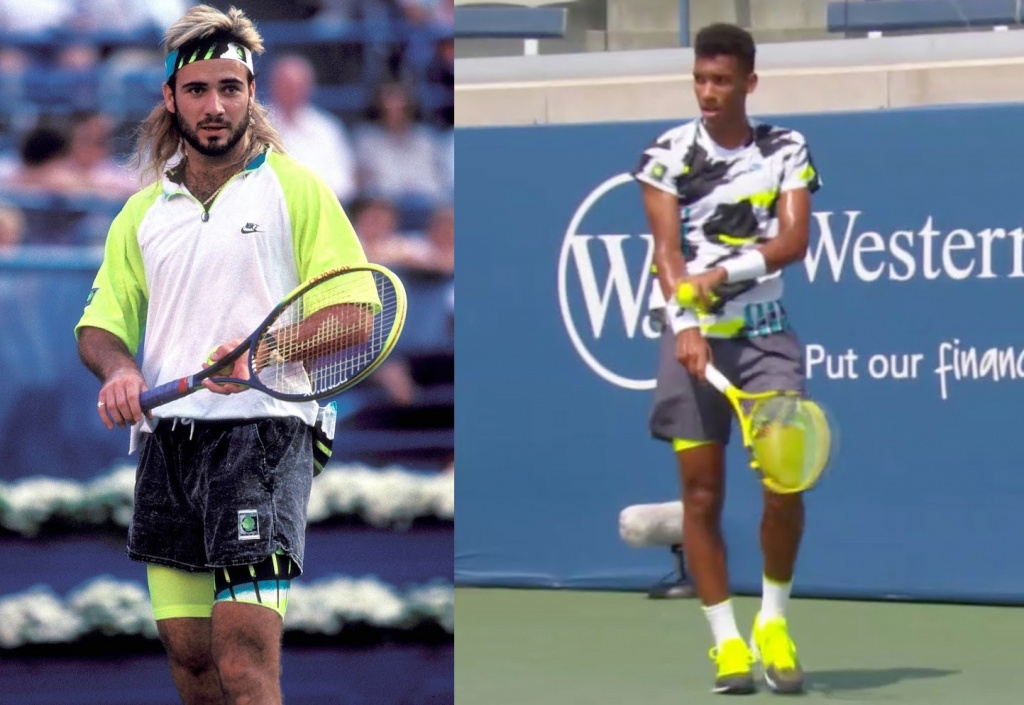 Auger-Aliassime, Shapovalov, and Tommy Paul were among those who were rocking the shirt like champions (it brought Auger-Aliassime good luck, but not so much for Paul — who lost to Ricardas Berankis 6-7(4), 6-4, 7-5).

Auger-Aliassime and Shapovalov weren’t the only youngsters who took the court on Saturday. Dayana Yastemska, 20, booked her spot in the second round on the women’s side. The Ukrainian advanced at the expense of an opponent exactly twice her age, as she outlasted 40-year-old Venus Williams in a 5-7, 6-2, 7-5 thriller. Yastremska is joined in the second round by 2019 French Open semifinalist Amanda Anisimova, who is only 18 years old. Anisimova — also in the bright Nike attire — coasted past fellow American Alison Riske 6-3, 6-3.

Back with a victory!

It was not all fun and games for the younger crowd, however. Coco Gauff, 16, will have to go back to the drawing board as she prepares for the US Open and she got crushed 6-3, 6-1 by Maria Sakkari. The 25-year-old Sakkari needed just one hour and five minutes to prevail.

Many players have gotten somewhat used to playing without fans, having participated in various exhibition events during the hiatus. Still, there was a weird feeling around the expansive grounds of the Billie Jean King National Tennis Center. Andy Murray and Victoria Azarenka were asked about the lack of fans following their respective victories.

Murray: “There isn’t really an atmosphere, to be honest with you. Yeah, that’s obviously a little bit tricky. I mean, I know it’s a bit of a cliché, but you need to kind of create your own atmosphere a bit on the court. It’s just not quite the same. I said in my (on-court) interview that it’s obviously pretty hot, tough conditions, and I felt like it was going to be the case before the match.

“In difficult moments or whatever a crowd being there sort of maybe helps you focus a little bit more and sometimes gives you that little bit extra boost in terms of your energy, your concentration — and that’s not there. It’s certainly different in that respect. I thought I did quite well with that. Like at the beginning of the third set I made a big effort to give as much energy as possible on the court: fist-pumping and trying to be positive. That helped a bit.”

Azarenka: “It still sucks. I feel like they create an energy. You know, those kind of magical moments always happen when there is a crowd — and it can swing each way. That’s what motivates me and excites me going on the court is to be in front of people, and it’s kind of two eyes on you; sometimes it’s a lot more pressure, but I love that energy. I feel like you can feed off (it). Sometimes you have the whole stadium against you and you kind of feed off of that, as well. I miss fans. That’s what we play for. Obviously we play for prize money and points and whatever, but we are entertainers; at least I feel that way, and I want to be in front of the crowd.

“I hope they don’t put fake people (in the stands), because that’s going to be super weird. [In the NBA] to me it looks so creepy. So I hope that’s not going to happen…. I feel like we are still competitors, so we’re going to bring that edge of competition. But as I said, you know, I miss the fans, I miss the energy, and in New York it’s always electric, always fireworks, and people really get into it. We are going to miss that. At least I will.”

Another thing that looked a little different on Saturday were the coin tosses. Let’s just say that the players certainly satisfied social-distancing requirements as they determined who would serve first!