Home » News » ATP » What will tennis look like when it returns? Part 3: Electronic line-calling, ball boys in masks, no entourage?

What will tennis look like when it returns? Part 3: Electronic line-calling, ball boys in masks, no entourage? 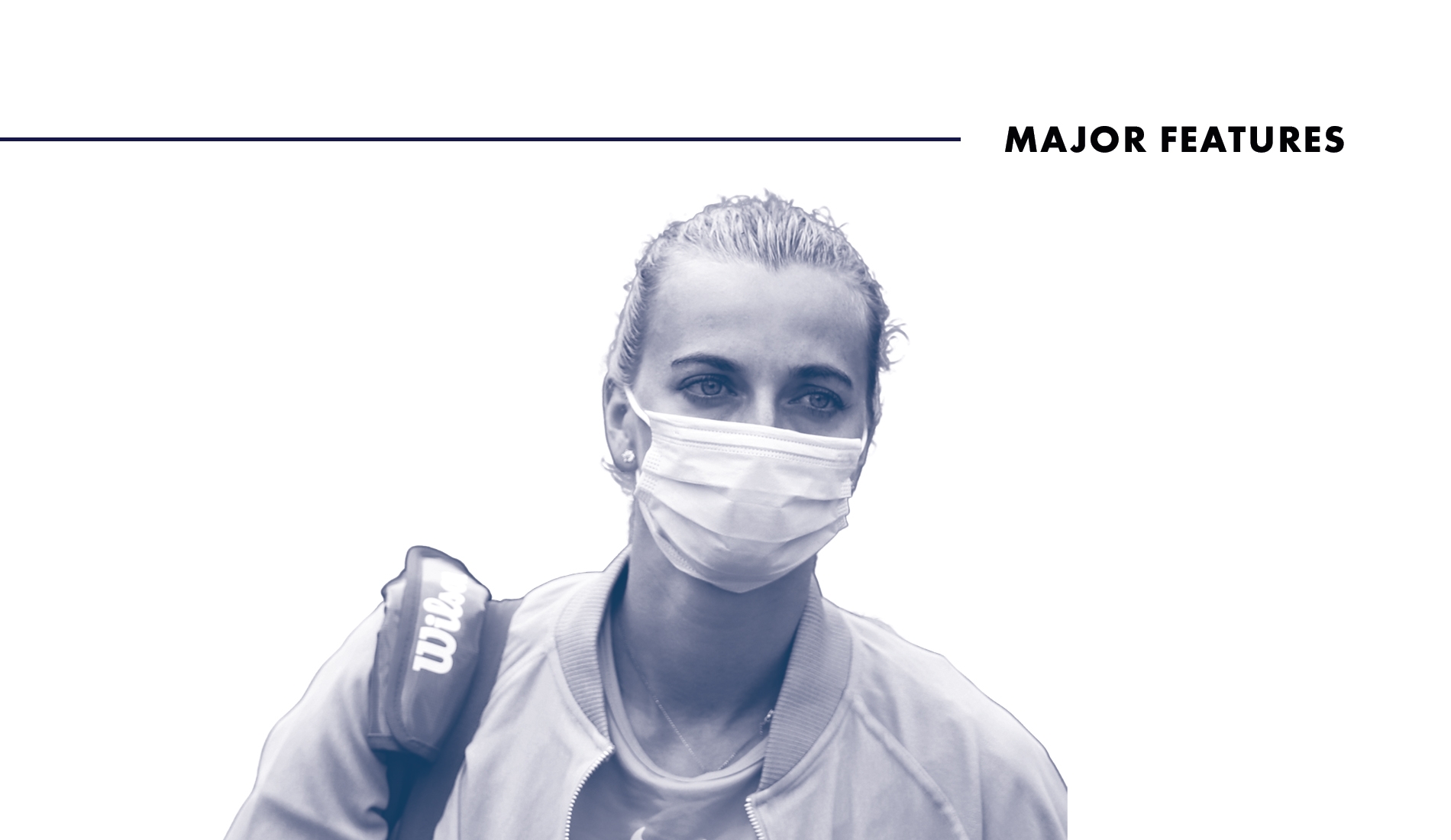 In the final part of a three-part examination, we look at what kind of conditions players can expect to compete in, whenever the Tours do start up again, and how they might handle them.

Forget the days of enormous entourages, filling up the players’ box and marauding around the grounds. Forget the luxury of getting a ball boy or girl to fetch and bring your sweaty towels. Get your own bottle of water. And don’t bother looking up to the stands to see your coach because he might not be there. You may not even be able to shake hands.

These are just some of the things players may have to contend with if the ATP and WTA Tours resume this year, before either a vaccine is found or before there is a suitable drug that can be taken to reduce the effects of Covid-19. 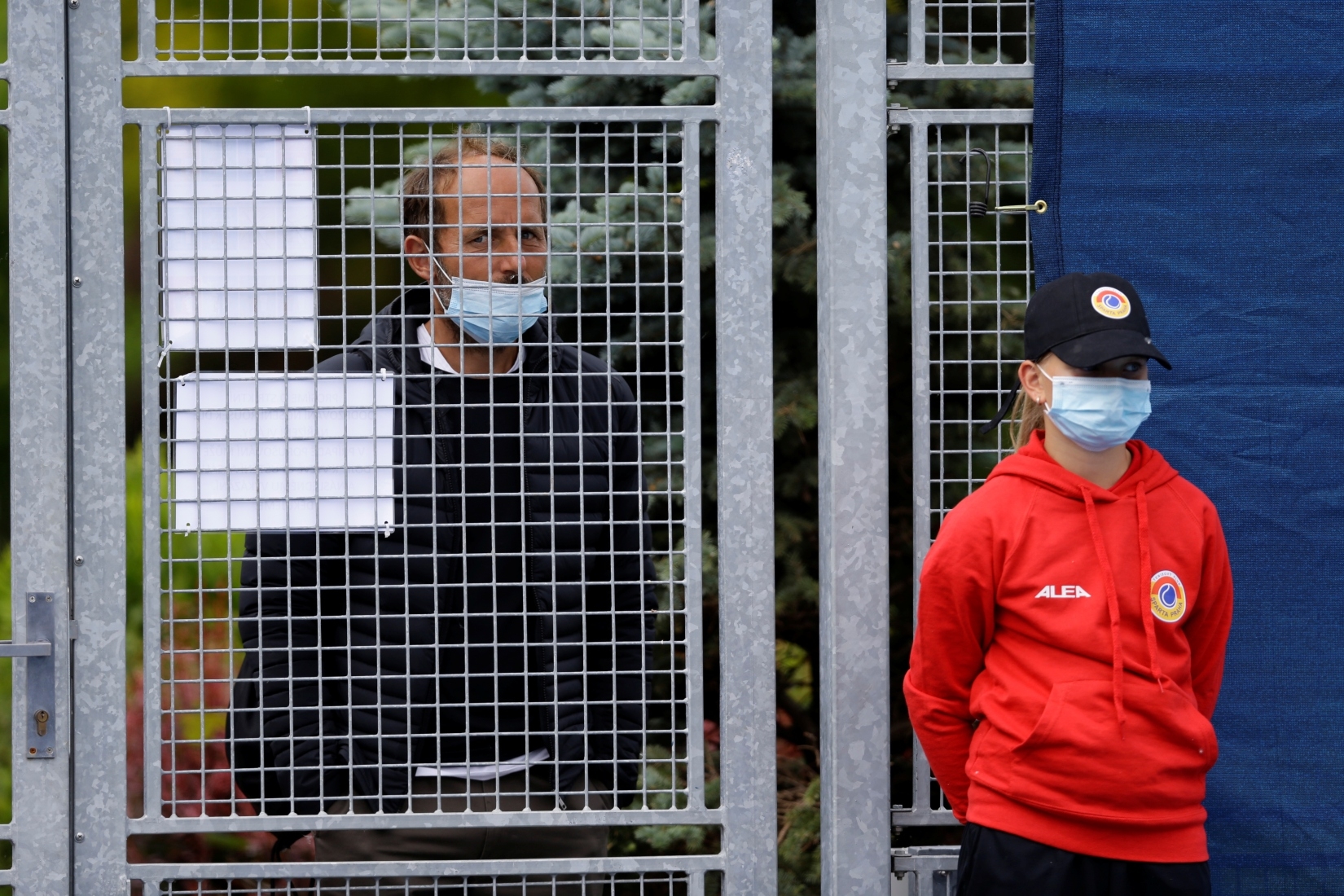 As the US Tennis Association’s Stacey Allaster told Associated Press last week, if the US Open is to be held, players will need to co-operate daily. “Once they come into our, let’s say, ‘US Open world,'” Allaster said, “there will be a combination of daily health questionnaires, daily temperature checks and… some nasal or saliva or antibody testing.”

Players could handle that, surely. What they may struggle with, though, is having just one person to accompany them to a tournament, something mentioned this week by world No 1 Novak Djokovic, who described some of the likely rules as “extreme”.

He’s not alone, either. World No 24 Donna Vekic, quoted in the New York Times, said: “really the worst thing is if we can only come with one team member. “I just don’t see how that is going to be possible and how the top players are going to accept that.” 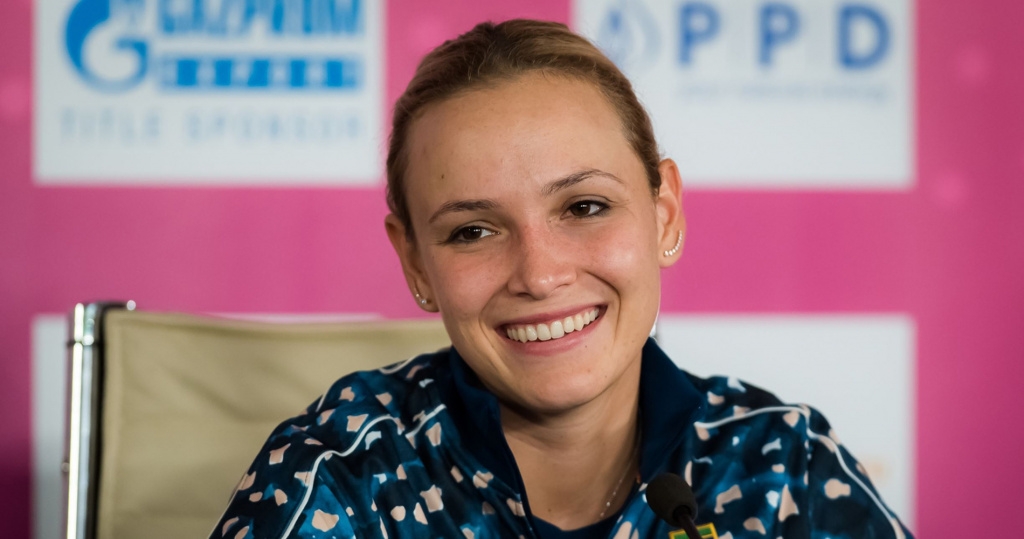 The top players are so used to travelling with family and friends but it is the thought they might have to decide between coach and physiotherapist that seems to have them really shaking. Unless things change quickly, though, they may have to find a way to cope. After all, many years ago, players travelled together and actually having a coach on site was considered a luxury. Let alone a physio.

Allaster raised the idea that tournaments could provide physios on site, which might help, but players are creatures of habit and they’ll take time to adjust.

Electronic line-calling is likely, if tournaments can afford it, while the US Open, still scheduled for August 31 to September 13, is planning to have only adult ball persons, wearing gloves and not providing the players with towels.

Mark Petchey, the former coach of Andy Murray and now a respected TV commentator, said tennis will look very different whenever it does resume.

“Electronic line-calling would be hugely helpful but for those events that can’t afford or implement that on all courts then on those courts without it the players will have to call their own lines with one umpire,” he told Tennis Majors. “The need to keep social distance and to reduce the number of people on site dictates this. Linespeople in masks can work as they give hand signals. It’s the need though to keep the amount of people off site which makes me feel that players calling their own lines is the way to go.” 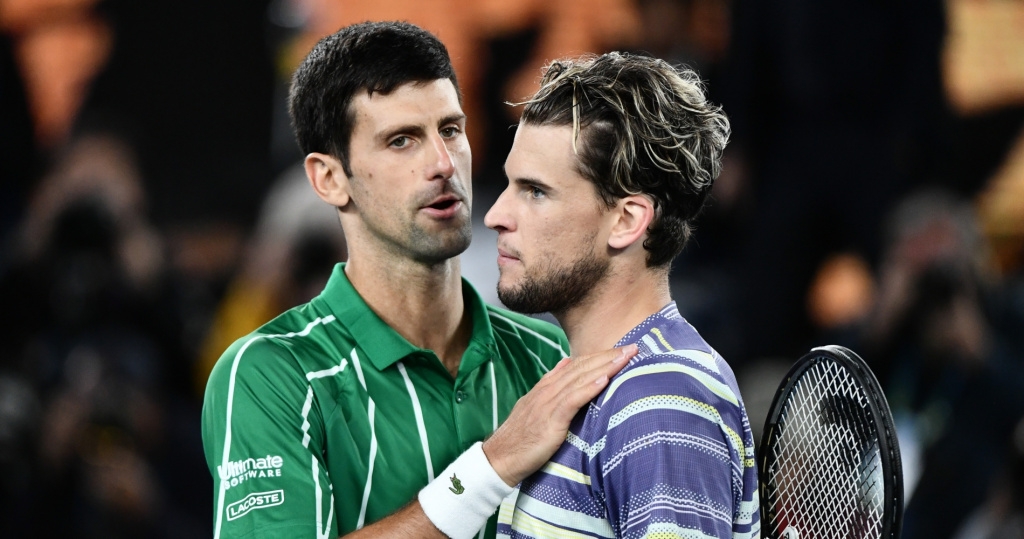 In those countries that have begun to allow recreational tennis again, players are asked to use marked balls, and not pick up any others. Petchey said that might not work for professionals because “it’s too instinctive for players to pick up/hold tennis balls especially in the heat of battle.”

Allaster said the US Open has not considered reducing matches in the men’s events from best of five to best of three but Petchey thinks it might be a necessity.

“I think five sets is out for men with these restrictions in place. Also, the time between points will need to be flexible for players having to pick up their own balls. Singles players will sit on opposite sides of the courts so they change ends far away from each other as will the doubles players (if doubles is allowed and two metres apart from each other). I’m not sure how you play doubles and keep social distancing but if it’s allowed, I would love to see 15 seconds only between points and no sit downs at changeovers. The chat behind tennis balls and fist tapping after every point should definitely be a pre-pandemic habit and not exist in a post-pandemic world.”

Start with a bang

Paul McNamee, who was the Australian Open tournament director for 12 years until 2006, believes tennis won’t fully resume until there is a vaccine or treatment readily available. Instead, he feels that this pandemic offers tennis the chance to make some changes, including even starting tournaments on a Saturday, with the final on a Friday.

“It’s so that the ‘show starts with a bang’ on the weekend with far more adults and kids in attendance, as they would not be working, or at school, as they currently are on Monday mornings,” he told Tennis Majors. “With the lowest ticket prices as it’s the first round with the most matches on the most number of courts, so you’ll have families creating the atmosphere, staying back for a meal with a beer or wine… ambience we used to have after club matches in Germany.

“Then with the high price more ‘corporate’ semis on Thursday evening, and the finals on Friday evening, tennis would ‘own’ the global sports media spectrum on two nights a week… no EPL, no Bundesliga, no Champions League, no NFL, no PGA Tour golf at night either! It takes advantage of the fact that Tennis is the only truly major sport which is played 24/7. This is a revenue-producing game changer, as it gives tennis clear air for its best products and, importantly, in prime time, and it costs nothing.”

Maybe tennis will never return to normal. McNamee, for one, hopes that is the case.

“We currently have a flawed model wherein only 100 men and 100 women make a respectable living, rather than 300 respectively, which is still less when compared to other major sports, but of course a massive improvement,” said the Australian, who also wants to see tournament draw sizes grow.

“Instead of 32 draws and a 16 qualifying, let’s have 48 main draws and no (or minimal) qualifying,” he said. “That creates more ‘Tour’ players, raising their profiles, immediately. And it costs nothing – just a redistribution of the prize money from the later rounds to earlier rounds, a redistribution which at last has hit a tipping point of support among the player groups.

“Obviously this will all take time, as every sport will need to endure some pain for some time. But the reset is an opportunity to revisit and reconsider established norms and set the sport on a new course.”