14 tennis players who have taken a stand on social issues

With Coco Gauff and Naomi Osaka taking a bold stand on social issues lately, Tennis Majors looks at some of the others in tennis who have been brave enough to put their heads above the parapet. 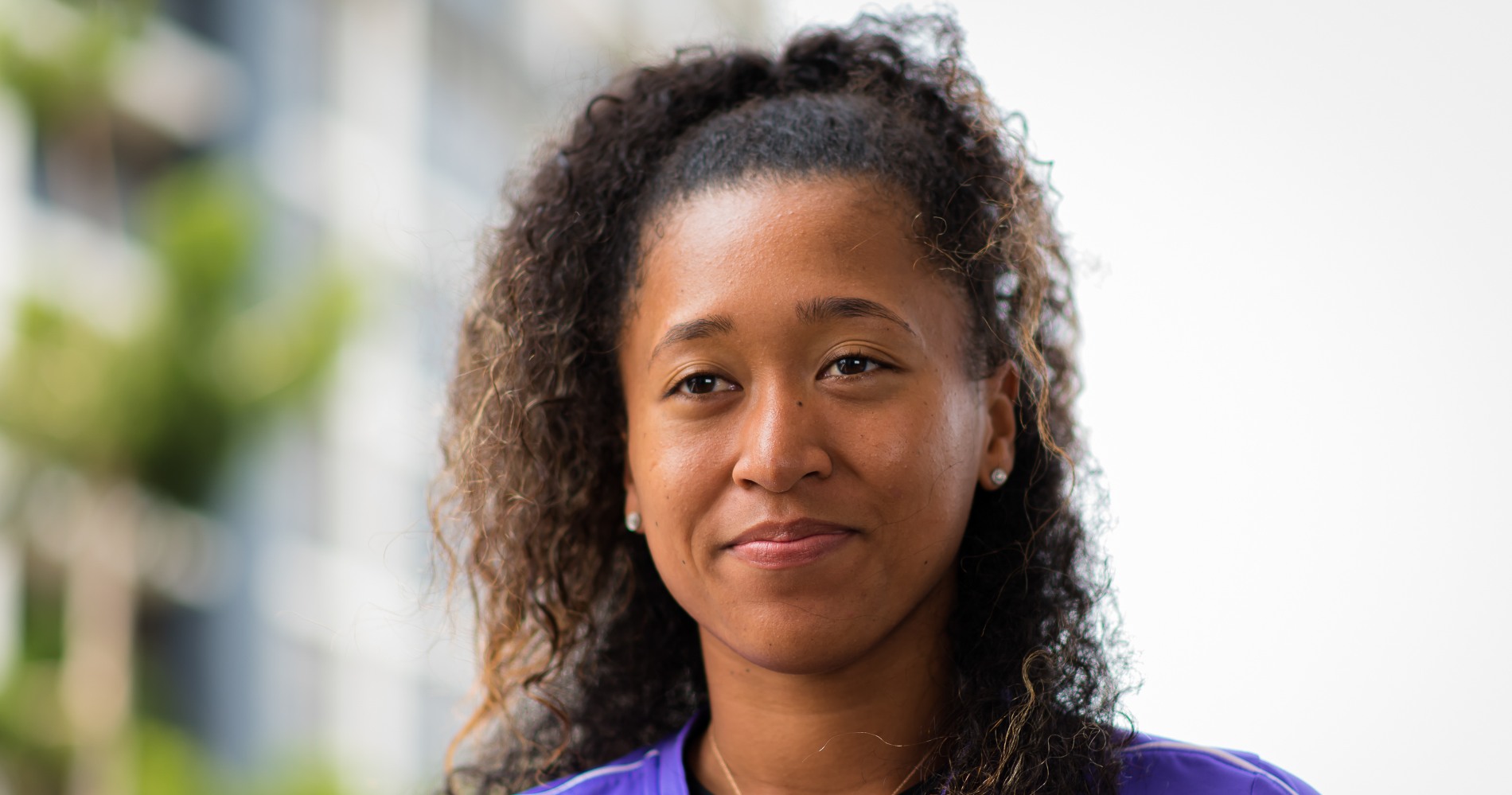 The tragic death of George Floyd at the hands of a policeman in Minneapolis had sparked WTA stars Coco Gauff and Naomi Osaka into action. In the wake of the tragedy, both had posted powerful words on social media in support of social justice. On Wednesday, Osaka opted against playing her semi-final match at the Western & Southern Open to follow NBA players’ strike after Jacob Blake was shot seven times in the back by a policeman in Kenosha, Wisconsin. Bravery in the face of social injustice has has been a part of tennis’ past and, judging from the acts of Gauff and Osaka, will be a part of its future. Next we look at some of the noteworthy players from tennis present and past who have mustered the courage to stand up for a cause.

The former world No 1 has been a tireless advocate of equal rights for women, both in tennis and in life. In 2009, she was awarded the presidential medal of freedom for her work for equality. She has been a champion of social justice in all forms and never hesitates to call it as she sees it in public.

The anger & frustration being expressed in the George Floyd protests all over the U.S. are palpable.

Every single person must commit to the hard work of addressing racism.

This work begins by listening to the life experiences of people whose lives look nothing like your own.

The American was a long-time advocate for civil and human rights, a role model for athletes around the world. “From what we get, we can make a living. What we give, however, makes a life,” Ashe said. The American was a reluctant hero at first, but the indignities he endured shaped him into a powerful source of intelligent discourse and patient, critical thinking. Ashe dedicated much of his life to speaking out against apartheid and was even arrested in 1985, for protesting in front of the South African Embassy in Washington, D.C.

As outspoken and honest as they come, the legendary Navratilova has long been an advocate for the LBGTQ+ movement and uses her social media platform to educate and liberate. At this year’s Australian Open, Navratilova and John McEnroe protested Margaret Court’s homophobia and called for Margaret Court Arena to be renamed “Evonne Goolagong Arena.”

Just her mere presence as perhaps the greatest female athlete – or tennis player, or athlete – to ever live is a source of inspiration for the African American community, black athletes and women everywhere, but Serena Williams has never shied away from using her influence to raise up those in need of support. Williams has spoken out against police brutality against blacks and, after giving birth to her daughter Alexis Olympia, has been an advocate for maternal healthcare and mothers in the workplace. She has also spoken out against domestic abuse.

Billie Jean King started the fire but it wouldn’t have burned down the house if Venus Williams hadn’t followed through and led the fight for equal prize money at Wimbledon. On the eve of her 2005 Wimbledon title Williams appealed to the Grand Slam committee. The next year she eloquently penned an op-ed in the London Times, calling for equal pay at Wimbledon. After she won the 2007 title, Williams became the first woman to receive the same champion’s purse as the men’s singles champion.

The only Frenchman to win a Grand Slam singles title in the Open era (Roland-Garros 1983), Noah was strongly influenced by Arthur Ashe, who discovered him in Cameroon in the 1970s. Noah began his fight against poverty and for tolerance in 1988 with “Les Enfants de la Terre”, founded by his mother, and above all with his own association, Fête le Mur (“The Wall is a celebration”), which promotes education with tennis in the poorest areas of the suburbs. Founded in 1996, Fête le Mur is more active than ever. Noah can regularly be heard and seen making a pro-tolerance stance. 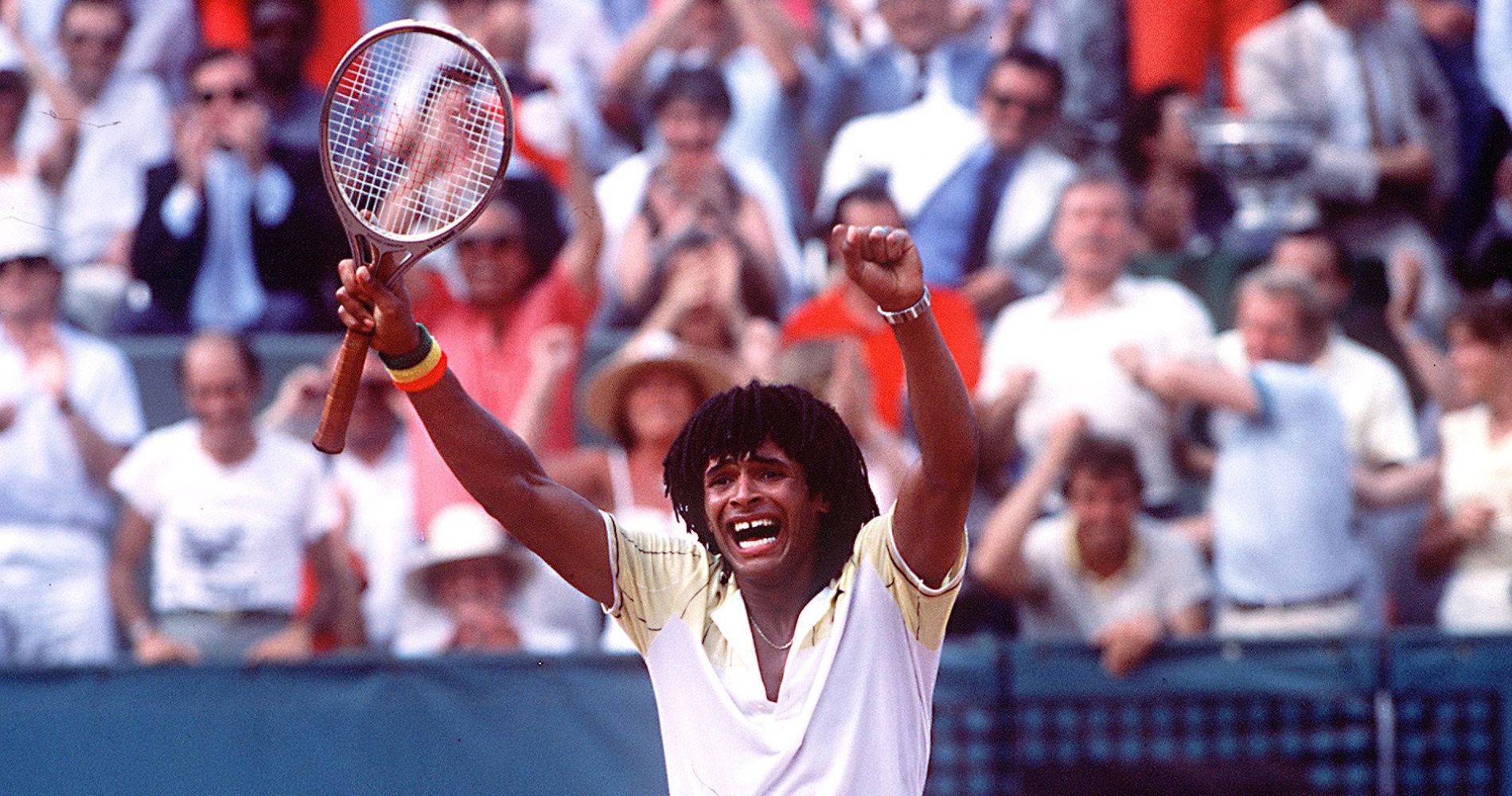 The Scot has been an outspoken promoter of women in sport and wrote an essay for the BBC about how seeing what Amelie Mauresmo had to put up with when she was his coach had really opened his eyes to sexism in tennis. On numerous occasions Murray has spoken up in favor of women in sport, over the years ranting against sexism in sport and declaring himself a feminist. The three-time Slam champion famously replied to a journalist:

“Have I become a feminist? Well, if being a feminist is about fighting so that a woman is treated like a man then yes, I suppose I have.”

.@andy_murray: “When it comes to the key decision makers right now in tennis, pretty much all of them are men. I think that when these discussions happen, it’s quite important… to bring more women into the decision-making positions so that everybody’s voice gets heard.” pic.twitter.com/emKGLf1DS3

Gibson was the first black athlete to win a Grand Slam event and though she shunned the limelight and didn’t want to be a pioneer, her achievements paved the way for the likes of Ashe, Venus Williams and Serena Williams. “If it hadn’t been for her,” says Billie Jean King, winner of 12 Grand Slam singles titles, “it wouldn’t have been so easy for Arthur (Ashe) or the ones who followed.”

Less than a year after her breakthrough as a professional, the immensely popular 16-year-old is already aware of the importance of being more than just a tennis player. Last week she made a promise to always use her platform to do good. Here is her powerful response to this week’s events in Minnesota.

The two-time Grand Slam champion recently became the highest-paid female in history. Clearly she is more than a money machine. This weekend Osaka has spoken out against racism and even posted pictures taken at protests in Minneapolis.

“If you stand for nothing you fall for everything,” she posted on Instagram Saturday morning.

Fed up with cyber-bullying and realizing that her status as an elite athlete in the highest profile women’s sport gave her tremendous sway, Keys has made it her mission to make the internet a safer, saner place. The American launched Fearlessly Girl USA, and has since re-branded it into her own non-profit venture, KindnessWins.org.

Friday May 22nd is #KindnessWinsDay 👏🏽 With my fellow @KindnessWinsFnd champion @MikaelaShiffrin, we are recognizing & spreading kindness online & want you to do the same by posting about someone who deserves recognition for their kindness with hashtag #KindnessWinsDay on Friday. pic.twitter.com/fih13FwItM

Gibbs is a self-professed activist that is as passionate about her politics as she is her tennis. She has used her growing social media following to express her views on gun control, global warming, and Black Lives Matter. Her Twitter bio leads off with a quote from Martin Luther King, Jr. that reads:  “Our lives begin to end the day we become silent about things that matter.”

How do we start to address political polarization, and a climate where ideas or thoughts outside party lines are considered traitorous? It wasn’t always this way. And don’t cite the obvious (Trump) reason – we all know it goes deeper than that. Give me ur 280 character fix.

In an era where mental health issues have risen to prominence across the globe, Rubin has put them front and center in the tennis world. The American started Behind the Racquet as an Instagram feed that gave the player’s a voice to share their stories – and their pain and frustrations – with the world. Just over a year later the feed has grown into a website and the mental health issues of the stars of our sport are no longer being swept under the carpet.

This is who I am and everyone has their own story.

The Briton wore a rainbow ribbon and mobilised other players to do the same after homophobic comments by Margaret Court at the Australian Open in 2012.