Defending champion Sofia Kenin crashed out of the Australian Open on Thursday but Ash Barty is still going strong. All the news from day 4 at Melbourne Park 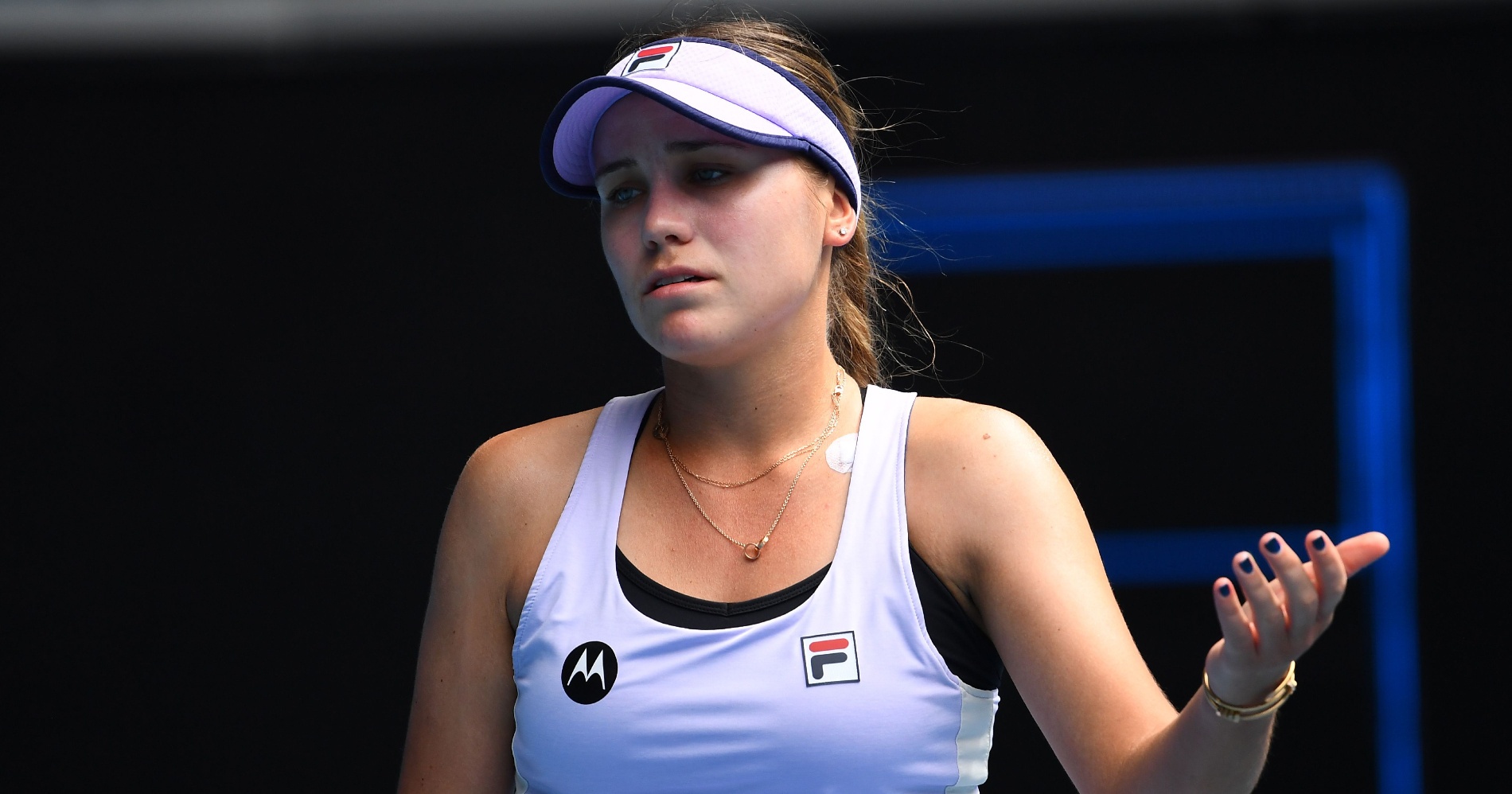 The second round was completed on day 4 at the Australian Open with the top half of the women’s draw returning to action. Ash Barty was back in front of her adoring public, while Rod Laver Arena saw a much-anticipated confrontation between Elina Svitolina and Coco Gauff. And if that wasn’t enough, the defending champion Sofia Kenin was in action too. Here’s what’s happened:

What you need to know: Kanepi stuns title-holder Kenin

The defending champion is out! Sofia Kenin was beaten 6-3, 6-2 by 35-year-old Kaia Kanepi, who lived up to her title as Grand Slam giant-killer with victory in 64 minutes. The hard-hitting Estonian ripped past Kenin thanks to 10 aces and 22 winners, saving all seven break points she faced.

“I served really well today,” said Kanepi. “I think this helped a lot. My gameplan was to be play aggressive, as I normally do.” Kanepi, who snapped the 15-match winning streak of Aryna Sabalenka last week en route to the final at the Gippsland Trophy, will face Donna Vekic in the third round.

A tearful Kenin admitted the expectations had been too much for her to handle. “I know I couldn’t really handle the pressure,” she said. “I’m not obviously used to this, so right now I just got to figure out how to play at that level that I played at.”

What a performance 😱@KanepiKaia defeats Kenin 6-3 6-2 in just 64 minutes to continue a hot start to the summer for the Estonian 🇪🇪#AusOpen | #AO2021 pic.twitter.com/ZFuidJnVZC

Top-seeded Ash Barty ran into a bit of trouble in her second-round clash with compatriot Daria Gavrilova, but the Aussie was able to right the ship late in the second set to close out her opponent in straight sets on Rod Laver Arena. Barty, who led by a set and 5-2, needed to save two set points in the second-set breaker, before eventually coming away with the 6-1 7-6(7) victory.

More concerning was the status of Barty’s left thigh, which was heavily taped during the match. She talked about it briefly on court after the match but said it was not affecting the way she plays. “This isn’t very subtle,” said Barty of her tape job, adding: “I’m fit as a fiddle.”

Svitolina too solid for Gauff, Bencic through

The heavily anticipated battle between Elina Svitolina and 16-year-old American Coco Gauff promised a lot but in the end it was the Ukrainian who proved too strong, too solid and too reliable, good value for her 6-4, 6-3 victory.

Gauff was not too disappointed, though. “She played really well,” the American said. “I was serving pretty good. I got unlucky on the breakpoints. I thought I played well. I mean, I have a lot to build on after this match, and hopefully do well in doubles with Caty (McNally).”

Coming up trumps 🃏@ElinaSvitolina battles past Coco Guaff to reach the #AusOpen third round for the seventh time.#AO2021 pic.twitter.com/JdrkehyITd

Belinda Bencic took out Svetlana Kuznetsova in three seesaw sets to set up a third-round encounter with Belgium’s Elise Mertens. No 11-seeded Bencic prevailed 7-5, 2-6, 6-4 against the two-time major champion.

“I wasn’t feeling great tennis-wise,” Bencic said. “I’m still not where I want to be, but I definitely tried to show my heart, tried to fight as much as I can, even if sometimes I get angry.”

Fun match! Gets Mertens next.

Tennis comes full circle sometimes, and fast. Danielle Collins defeated Karolina Pliskova in Melbourne last week, at the Yarra Valley Classic, but it was the No 6-seeded Czech who came through in straight sets against the American on Day 4 with a 7-5, 6-2 victory to reach the third round.

Pliskova fired 23 winners, including seven aces, and broke Collins six times to race to victory in 85 minutes. Her triumph sets up a third-round clash with compatriot Karolina Muchova, who defeated Mona Barthel, 6-4, 6-1.

“I don’t think it was amazing tennis today,” Pliskova said on court after the match. “But just happy to be through. We were a little bit nervous, we played last week, a really tough match, very close. It was a little bit tricky in the beginning but I am just happy that I pulled through.”

Anett Kontaveit and Jennifer Brady both advanced while Mayar Sherif’s historic run came to an end when she was beaten 3-6, 7-6, 6-3 by Kaja Juvan, who battled illness to claim victory after two hours, 39 minutes.

Unreal effort from both.