Alone in his generation, Thiem shows ‘Next Gen’ the way

Having emerged from a generation that has struggled, Dominic Thiem’s path should be inspiration for the talented ‘Next Gen’. 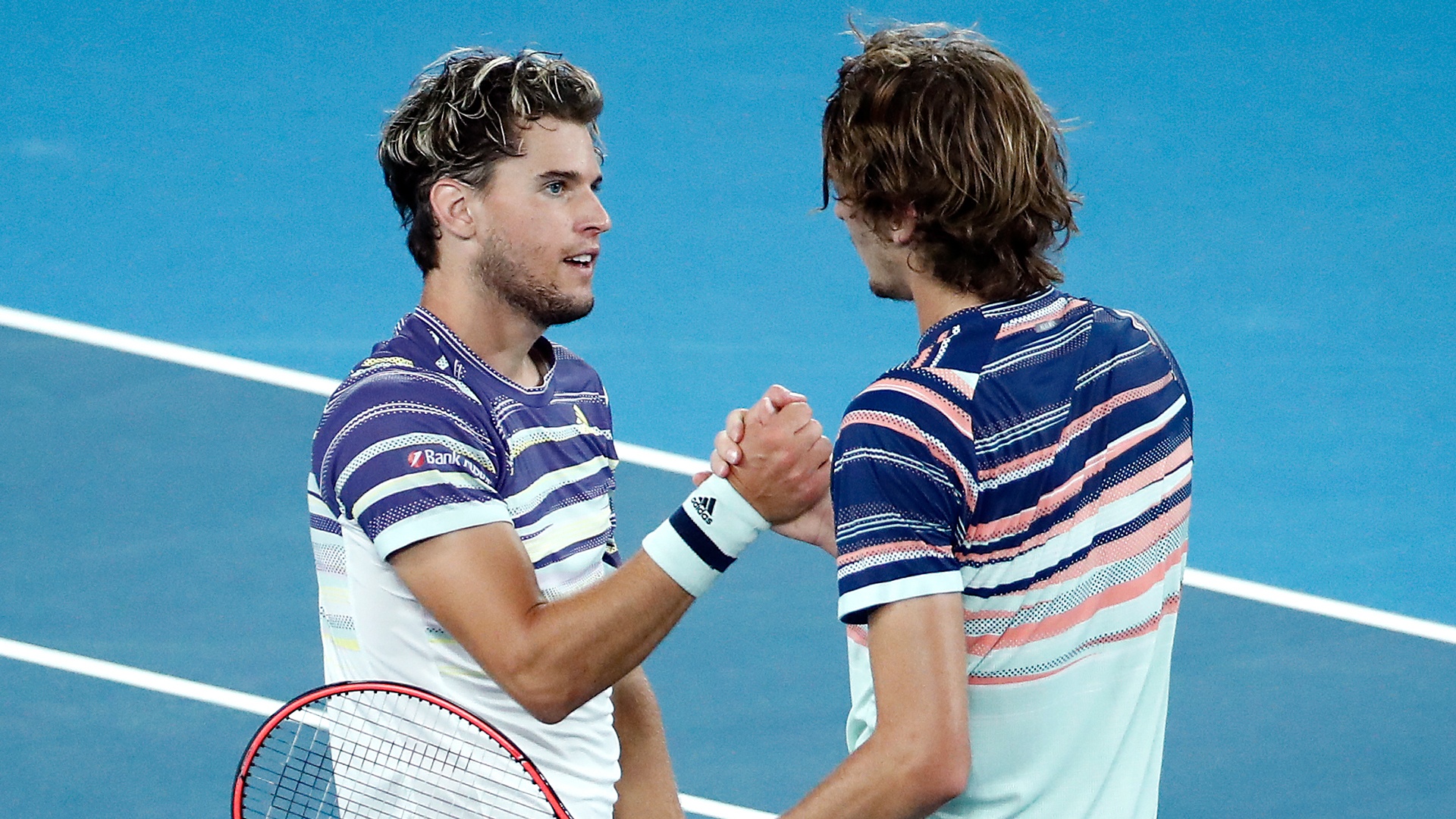 Dominic Thiem has shown the highly rated ‘Next Gen’ the way, though the rest of the Australian Open finalist’s generation provides a cautionary tale.

Thiem’s rise continues in Melbourne, where he will face Novak Djokovic in the men’s singles final on Sunday in his third major decider and first away from the French Open.

But the 26-year-old Austrian sits in a generation alone; more established than the improving ‘Next Gen’ but still – like all others – chasing Roger Federer, Rafael Nadal and Novak Djokovic.

Zverev, beaten by good friend Thiem in the semi-finals, admitted this week he had been impatient in his pursuit of grand slam success. The German is the world number seven and Melbourne shaped as a breakthrough, a new approach helping the 22-year-old into a first major semi.

Thiem only won his first Tour title at 21, with his next three also coming at ATP 250 level before he took another step by clinching the Mexican Open in February 2016.

A reputation on clay being quickly established, he reached a semi-final at Roland Garros later that year – and another in 2017. Thiem shapes as the successor to Nadal’s immovable crown in Paris, falling to the Spanish great in the past two finals.

It has been steady growth, although the improvement on hard courts has been particularly impressive, including a title at Indian Wells last year.

Patiently working, Thiem has risen to be being one win away from a breakthrough major, and his journey can be looked at by what is a supremely talented up-and-coming group.

Zverev won the 2018 ATP Finals, but it is last year’s event in London that is set to be looked upon as the moment the ‘Next Gen’ truly made their move. Tsitsipas and Thiem played out a thrilling final, the former having beaten Federer in a semi and the latter posted wins over Djokovic and the Swiss great in the group stage.

“A little bit more and I’ll end up playing with all the players from the ATP World Tour Finals.”

This was @StefTsitsipas in 2016 as a hitting partner for @ThiemDomi.

Tomorrow, the two will face off in this year’s final

Thiem is the only 26-year-old in the world’s top 50 and just one of five in the top 100, joined by Juan Ignacio Londero, Hugo Dellien, Roberto Carballes Baena and Dennis Novak.

He was once a world number two junior and reached the 2011 French Open boys’ singles final, falling to Bjorn Fratangelo.

A quick look at that year’s boys’ singles quarter-finals at all grand slams makes for interesting viewing. Kyle Edmund and Lucas Pouille have made Australian Open semi-finals, Jiri Vesely once reached 35th in the world, Carballes Baena is among them, as is the injury-plagued Jason Kubler and doubles star Mate Pavic.

Before Thiem takes to the court to face Djokovic, Luke Saville – a two-time slam winner as a junior – will play the men’s doubles final. A highly rated junior, Saville beat Thiem in the juniors at the Australian Open in 2011 but has struggled to take the step up.

The current ‘Next Gen’ have already been more impressive and now they have Thiem to follow.