Home » News » Australian Open 2020: Coco Gauff on a ‘mission to be the greatest’

Australian Open 2020: Coco Gauff on a ‘mission to be the greatest’

Coco Gauff was in a confident mood after the 15-year-old’s straight-sets victory over seven-time grand slam champion Venus Williams. 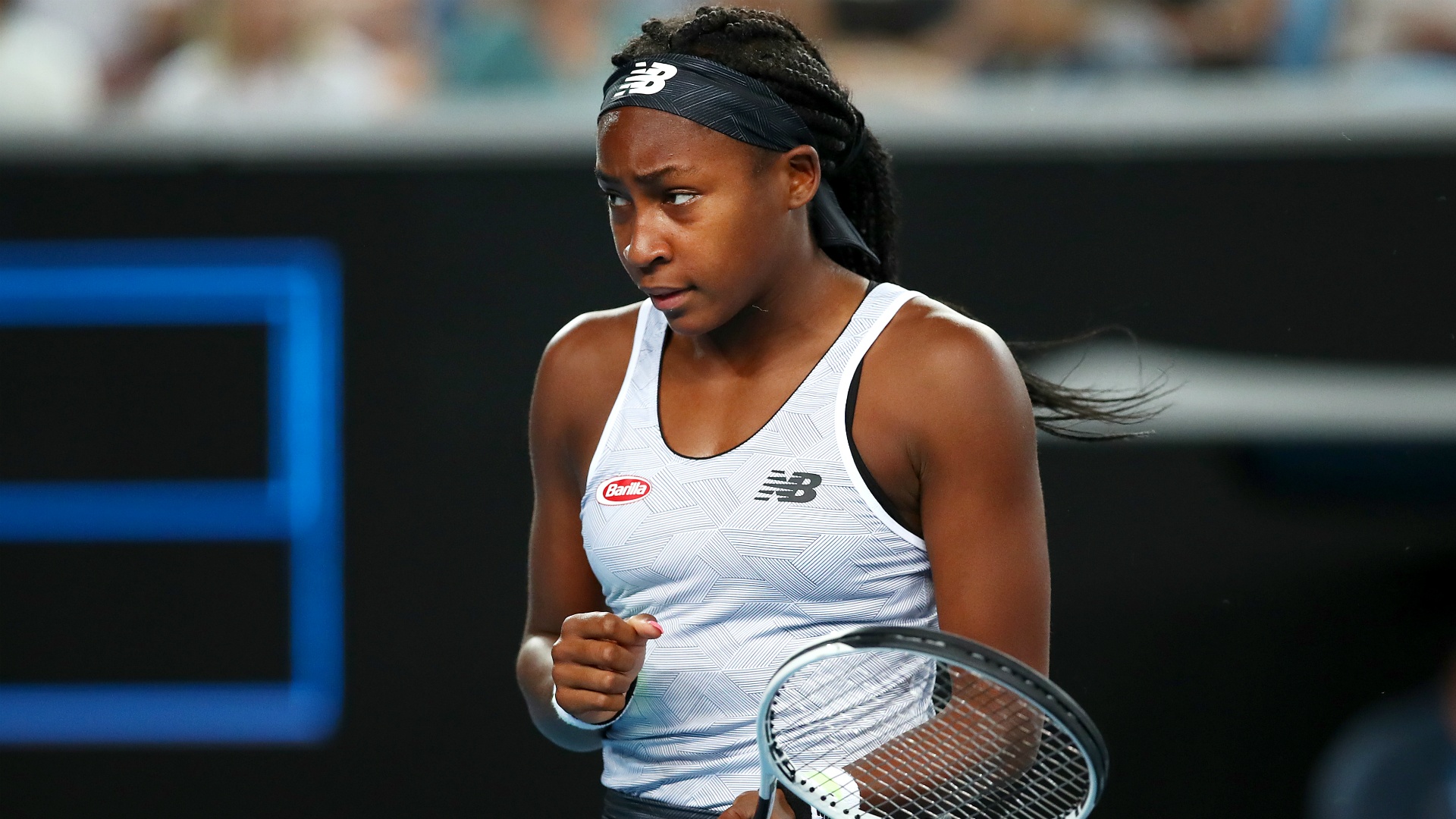 Teenage American Coco Gauff is on a “mission to be the greatest” after vanquishing Venus Williams in their highly anticipated rematch at the Australian Open.

Gauff announced herself on the international stage by stunning Williams at Wimbledon last year and the 15-year-old repeated the feat in straight sets in Melbourne on Monday.

“My mission is to be the greatest. That’s my goal, to win as many grand slams as possible,” Gauff told reporters after Williams said “the sky is the limit” for her countrywoman.

“But for today, my mission was to win. I didn’t want to let the nerves come to me. I know I had a couple of set points, and she played well. I knew I had to take it from her. She wasn’t going to give it to me. That was really the mission.

“I think today has been the best match so far I played this year. I was a lot more focused. I think today really showed what I worked on in my off-season.”

Asked if she believes she can win the event, Gauff replied: “If I go into a tournament thinking I’ll lose, then I’m going to lose.

“To answer that, I respect everyone’s game and I respect my opponent, but at the end of the day if I’m going to go against them, I can’t say, ‘Oh, I’m going to lose this match’. That’s not the right mentality to have. I believe I can beat anyone. If it happens, I don’t know. But I think that’s almost every player’s mentality.

“The ones who are the great ones, they don’t really fear anyone. You respect your opponent, but you can’t go into the match fearing someone, because then you’re going to lose, and I don’t want to lose.”

Gauff added: “I feel like my mindset has changed since the US Open. [At the] US Open I felt like I was on edge every match just because everyone was talking about the US Open before Wimbledon even ended.

“I guess I came to the realisation that I need to play my game, not worry about what people think of me. At the end of the day, I did have three good matches, both US Open and Wimbledon. I still have a lot more to become like one of those big names.”