Roger Federer was praised by Novak Djokovic for playing through pain in the Australian Open semi-finals. 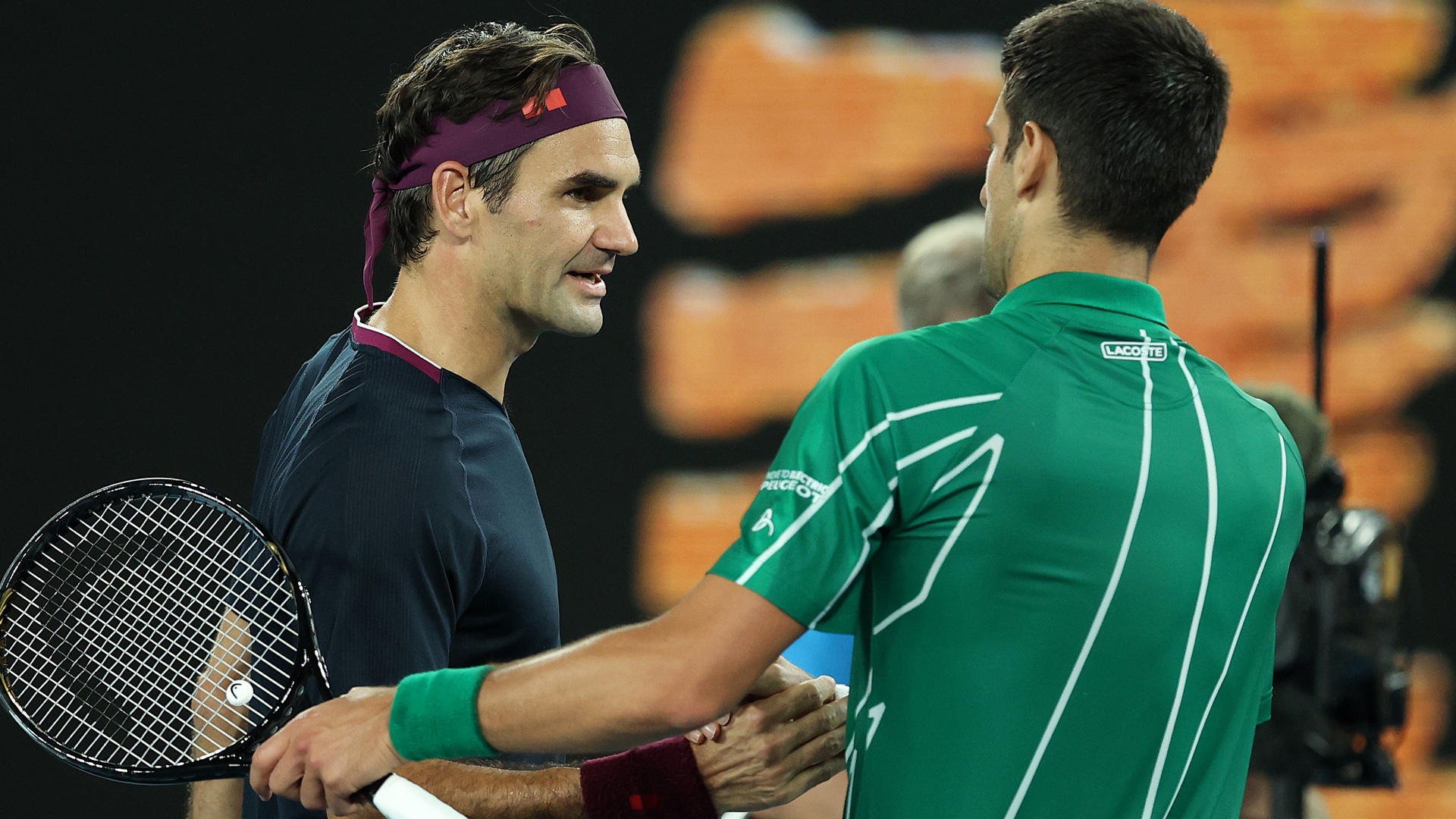 Novak Djokovic paid tribute to Roger Federer for playing while “obviously hurt” in their Australian Open semi-final on Thursday.

Djokovic reached an outright record eighth Australian Open men’s singles final with a 7-6 (7-1) 6-4 6-3 victory over Federer in their 50th meeting.

The Serbian star recovered from 1-4 0-40 down in the first set on his way to improving his head-to-head record over Federer to 27-23.

Federer took a medical timeout at the end of the first set, having dealt with a groin injury during his incredible quarter-final win over Tennys Sandgren on Tuesday.

And Djokovic praised his rival for playing through the pain, saying in an on-court interview: “Full respect to Roger for coming out tonight, he was obviously hurt.

“He obviously was hurt and wasn’t at his best, even close to his best in terms of movement, respect for coming out and trying his best all the way through.”

Djokovic, who started slowly before finding his rhythm, said Federer’s injury woes impacted the way he opened the encounter.

“It was probably not exactly the right mindset from my side at the beginning of the match,” the 16-time grand slam champion said.

“I was kind of looking more on how he’s moving and what he’s doing rather than executing my shots in the right way and it resulted with a 1-4 down and 0-40 lead for him.

“I managed to kind of dig my way through, back in the first set and it was very important to win that first set obviously mentally relaxed a little bit after that and could swing through the ball a bit more.”

Djokovic will face either Dominic Thiem or Alexander Zverev in his 26th major final.