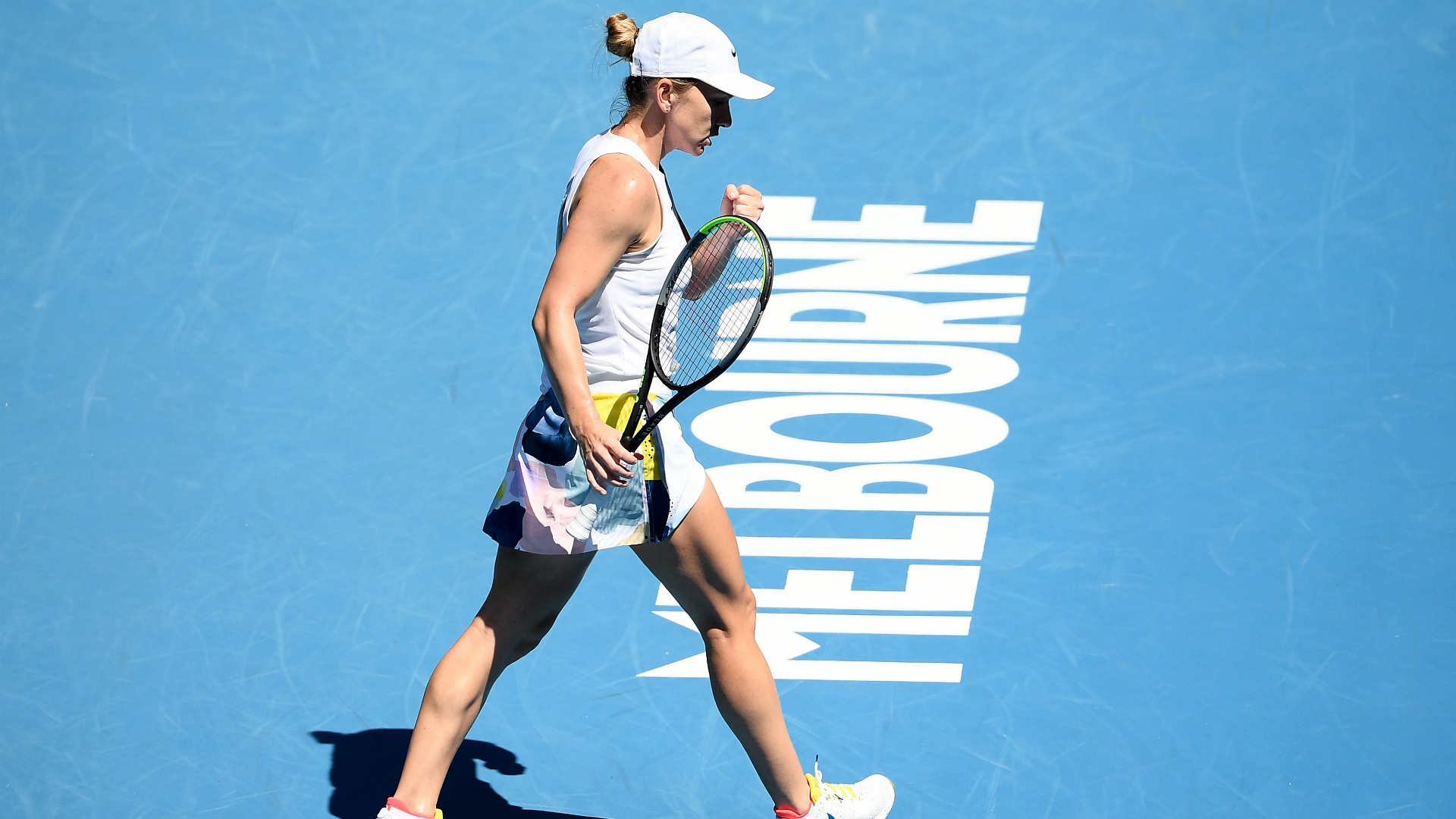 Simona Halep said she is “more confident” thanks to the experience of winning two grand slams as the in-form former world number one looks to add the Australian Open title to her growing collection.

Yet to drop a set at Melbourne Park, Halep was beaten in the 2018 Australian Open final against Caroline Wozniacki but the Romanian star is on track to go one step further this year.

Halep – who ended her wait for a maiden major at the 2018 French Open following three losing slam finals – was asked if it feels easier to win now and the fourth seed told reporters: “It’s different in my mind. It’s not easier at all.

“I just feel more confident and I feel like I’m able to do it. It’s just a feeling that you don’t see this trophy is impossible anymore. This is what I’m feeling about the grand slams now.”

“Perfection doesn’t exist, but I’m very happy with the way I played.”@Simona_Halep, we reckon a 6-1 6-1 quarterfinal win in 53 minutes in which you saved the only break point you faced & won all your net points is pretty close to perfect!#AO2020 | #AusOpen pic.twitter.com/tdAePKPToF

Halep added: “Any grand slam, it’s a priority. I will not just choose one. But, of course, it’s going to be great if I will be able to win one on hard court.”

It was a devastating display from Halep on Rod Laver Arena, where the fourth seed reeled off 11 consecutive games to blitz her Estonian opponent under the bright Melbourne sun.

Kontaveit was powerless to stop the onslaught as Halep looks ahead to a semi-final against fellow two-time slam champion and former world number one, Garbine Muguruza.

“Perfection doesn’t exist, but I’m very happy with the way I played. I felt great on court,” Halep said. “I was moving great. I felt the ball, like, really, really good. It was a great match.”