Home » News » Australian Open 2020: I like the Kyrgios of this tournament – Nadal

Australian Open 2020: I like the Kyrgios of this tournament – Nadal 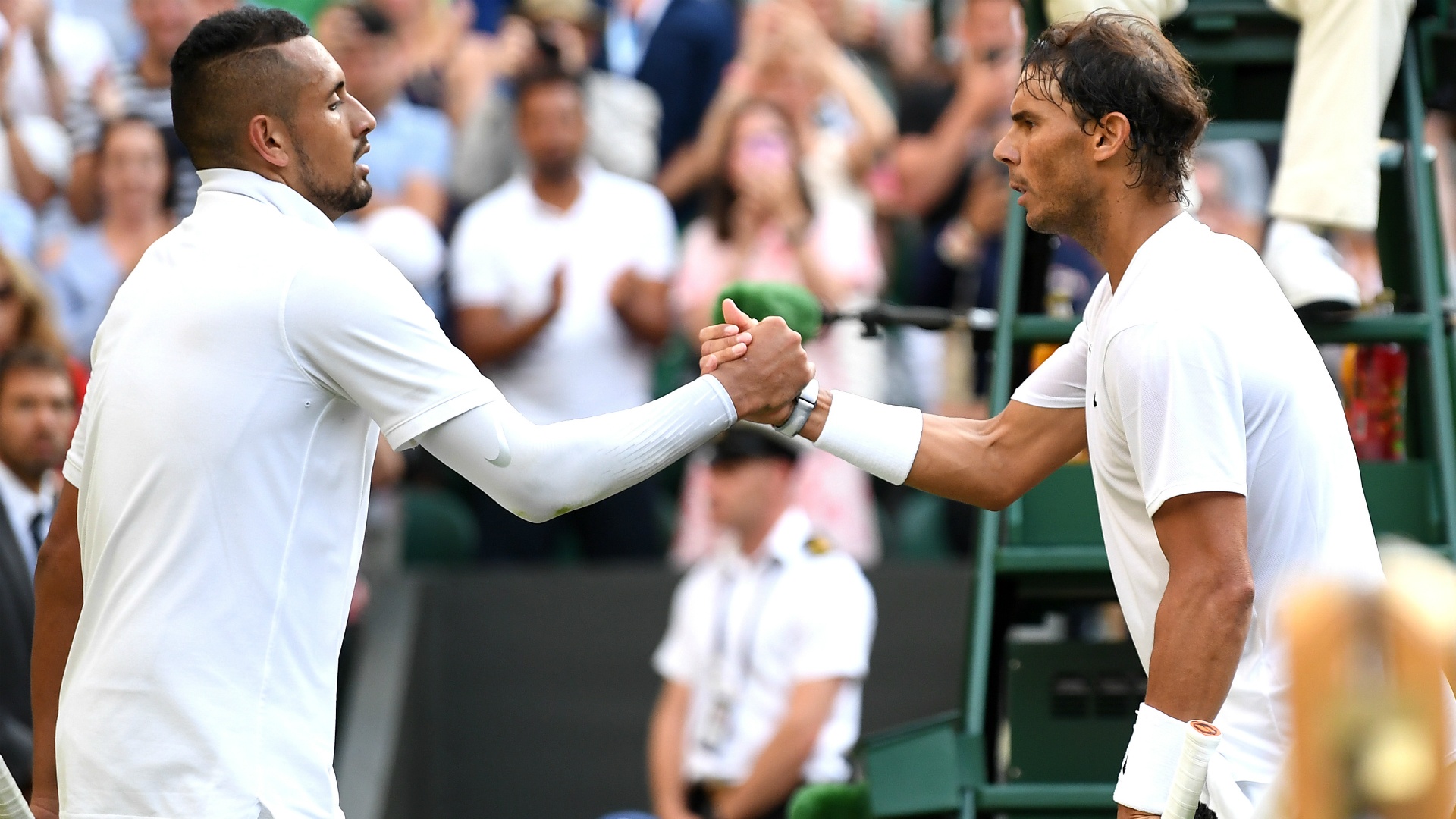 Rafael Nadal encouraged Nick Kyrgios to continue with the same attitude he showed at the Australian Open after the Spaniard won their fourth-round clash on Monday.

The pair have endured a frosty relationship in the past but were largely respectful throughout, while Kyrgios’ latest performance looked another step in the right direction for the volatile Australian.

Nadal said the 24-year-old was one of the best players on the ATP Tour and needed to continue with his improved attitude.

“What can I say again about Nick? When he’s playing like today with a positive attitude, he gives lots of positive things to our sport,” the Spaniard said in an on-court interview.

“I encourage him to keep working like this because he’s one of the highest talents we have on our tour.

Kyrgios had warmed up for the clash in a Kobe Bryant jersey after the Los Angeles Lakers great’s death.

Nadal also paid tribute to Bryant, who died alongside his 13-year-old daughter Gianna and seven others in a helicopter crash in Calabasas, California on Sunday.

“He was a true inspiration for the world of sport and for a lot of kids, so it’s one of these days that you want to forget.

“But of course, Kobe Bryant will be in our hearts and minds for the rest of our lives.”