Sofia Kenin, 21, moved through to a maiden grand slam semi via Tuesday’s 6-4 6-4 victory over Ons Jabeur on Rod Laver Arena. 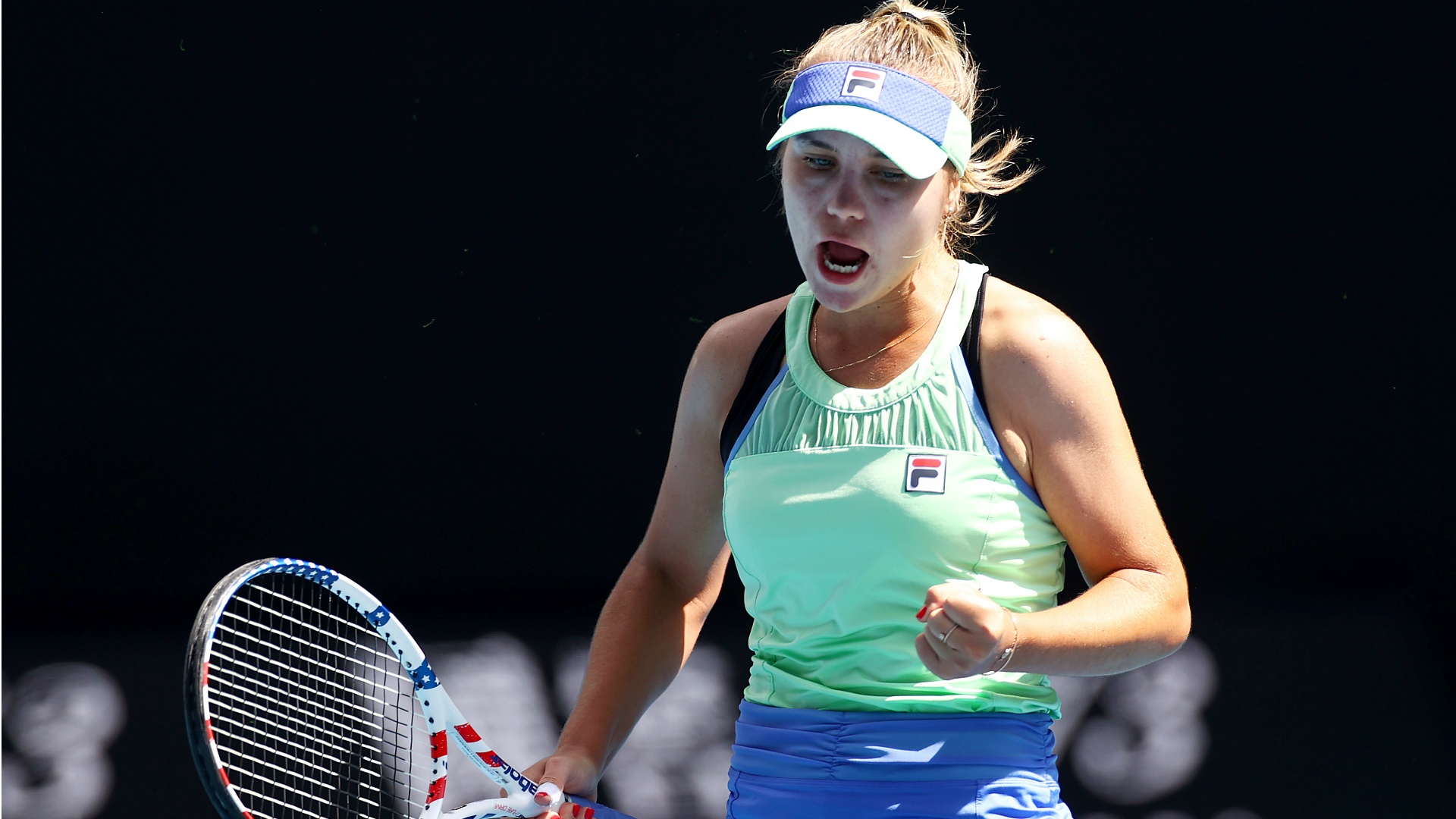 Sofia Kenin continued her memorable Melbourne run by reaching the Australian Open semi-finals at the expense of Ons Jabeur in straight sets.

Kenin moved through to a maiden grand slam semi via Tuesday’s 6-4 6-4 victory over unseeded Tunisian Jabeur on Rod Laver Arena.

Next up for American 14th seed Kenin is either world number one Ash Barty or last year’s Australian Open runner-up Petra Kvitova.

Both unheralded women were featuring in their first grand slam quarter-final after dazzling at Melbourne Park.

Kenin upstaged 15-year-old sensation and fellow American Coco Gauff in the fourth round, while Jabeur became the first Arab woman through to the quarters of a major after beating giant-slaying seed Wang Qiang.

Kenin and Jabeur both had break point chances, but a break of serve in the seventh game saw the former move ahead 4-3 and it was a lead that she never relinquished.

Jabeur saved five set points, however, Kenin – who had won the previous two meetings between the pair – eventually closed it out after 44 minutes thanks to another unforced error from her opponent.

Kenin took control after a tricky start to the second set, Jabeur unable to maintain her fierce performance on centre court.

Just like the first set, Kenin – yet to face a seed in Melbourne – broke in the seventh game and never looked back en route to the final four.