Novak Djokovic results and form ahead of final with Dominic Thiem

We take a closer look at Novak Djokovic ahead of his Australian Open final against Dominic Thiem. 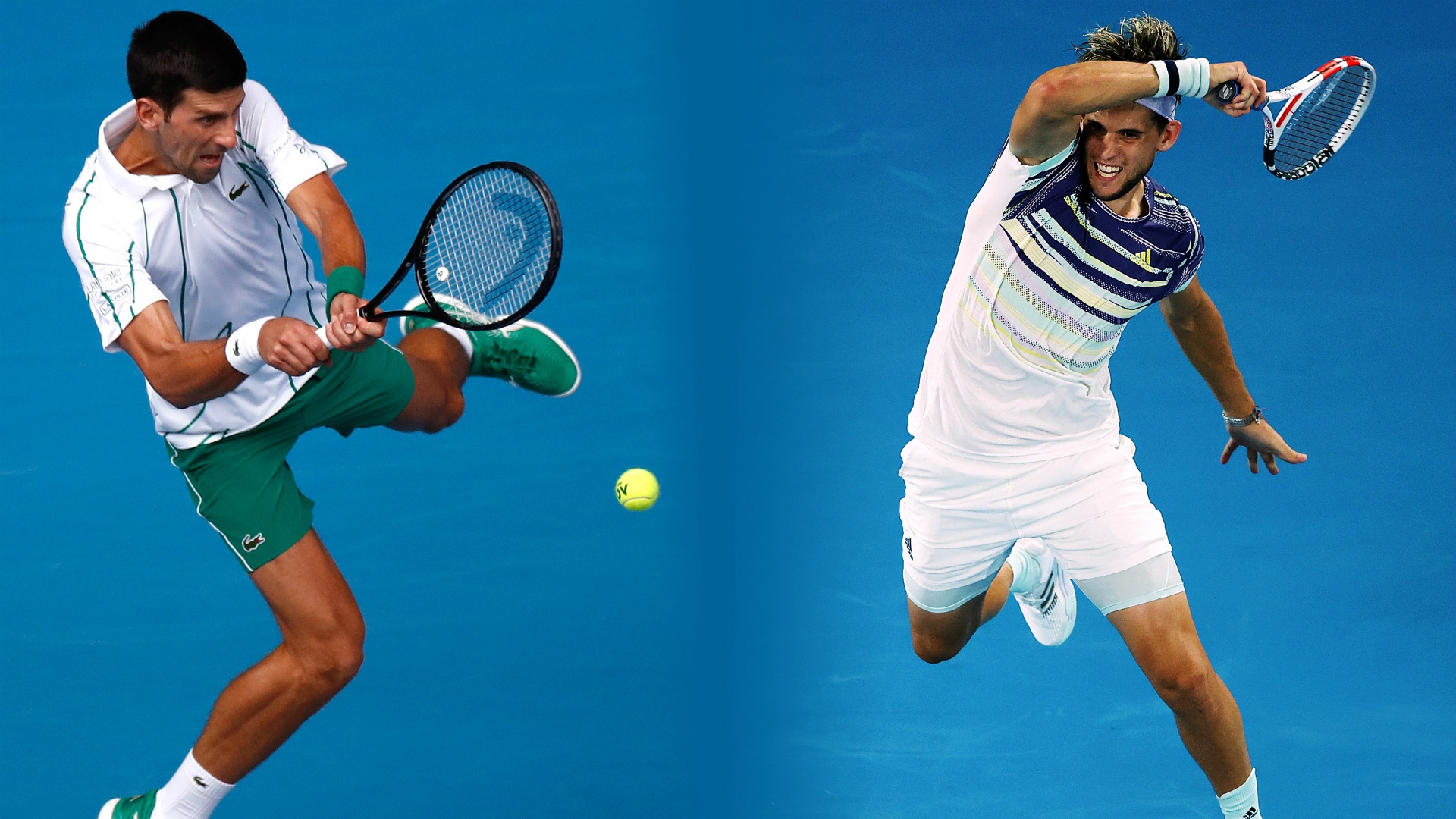 Novak Djokovic will contest his eighth Australian Open final as he eyes a record-extending Norman Brookes Challenge Cup in Melbourne on Sunday.

Thiem – who stunned world number one Rafael Nadal in the previous round – has won the previous two meetings with Djokovic, though he is preparing for his first Australian Open final.

We take a closer look at Djokovic ahead of his showdown with two-time slam runner-up Thiem.

Djokovic has progressed steadily since dropping a set against tenacious German Jan-Lennard Struff in the opening round. The Serbian star has only lost one set for the entire tournament, barely raising a sweat against Tatsuma Ito, Yoshihito Nishioka, Diego Schwartzman and Milos Raonic. Djokovic survived an onslaught against Federer, who raced out to a 4-1 lead and 40 love in warm conditions on Thursday. The second seed eventually eased past the injury-affected Swiss maestro on Rod Laver Arena.

A surprise finalist, Thiem looms as a big threat to Djokovic. Up until this year, Thiem had never progressed beyond the fourth round at Melbourne Park and was eliminated in the second round in 2019. However, the 26-year-old – who boasts one of the best backhands in the sport – has dazzled in Melbourne, where he slayed 19-time major champion Nadal in a thrilling quarter-final. Thiem, who has lost consecutive French Open finals to Nadal, followed that up with a 3-6 6-4 7-6 (7-3) 7-6 (7-4) win over seventh seed Alexander Zverev in sweltering temperatures on Friday. Trailing 6-4 on head-to-head, Thiem has won four of the past five encounters with Djokovic – including twice last year at the ATP Finals and French Open.

“Dominic won our last match we played against each other, a close one in London. He played a terrific match against Rafa. I watched that. Definitely one of the best players in the world. Deserves to be where he is. It seems like he’s improved his game a lot on hardcourts, because his game is more suitable to the slower surfaces. The clay of course being his favourite surface. But winning Indian Wells I think last year, beating Roger in the finals, that probably gave him a lot of confidence that he can win big tournaments on other surfaces, as well.”