Dimitrov capitalizes on puzzling performance by Thiem, into quarter-finals

Grigor Dimitrov makes surprisingly quick work of Dominic Thiem in round four of the Australian Open on Sunday. Dimitrov is through to the quarter-finals of the season’s first Grand Slam and will face qualifier Aslan Karatsev. 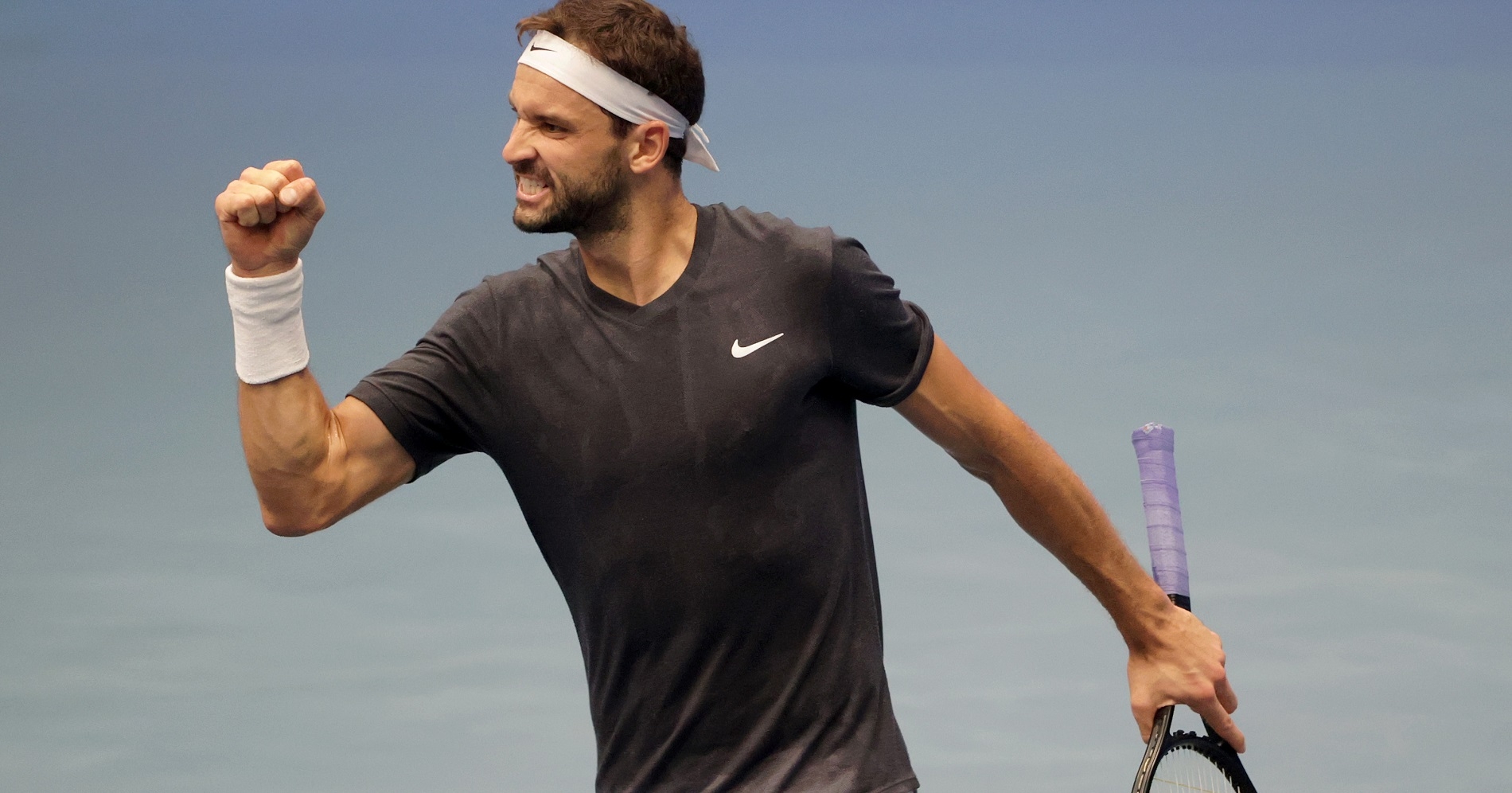 Grigor Dimitrov put a swift end to Dominic Thiem’s bid for back-to-back hard-court Grand Slam titles with a convincing upset in round four of the Australian Open on Sunday afternoon. Dimitrov took down the 2020 U.S. Open champion 6-4, 6-4, 6-0 in just two hours and one minute to secure a semi-final spot.

The Bulgarian dominated Thiem in every facet of the game. Dimitrov finished with 10 aces to Thiem’s two and they recorded the same amount of winners (25) even though Dimitrov committed only 18 unforced errors while the Austrian sprayed a ridiculous 41. Thiem broke serve only twice, whereas Dimitrov converted seven of 15 break-point opportunities.

“[In] every season you have one of those matches that you just keep the ball rolling, and I think today was just one of those days.”

A much different atmosphere

Thiem, on the other hand, never got going in this match. It was a complete reversal from the previous round, in which he battled Nick Kyrgios amidst a raucous atmosphere in John Cain Arena. On the final day played with fans before Melbourne implemented its latest coronavirus lockdown, Thiem and Kyrgios put on an absolute show — won by the world No 3 in five sets after trailing 2-0.

This time around, it was an empty stadium. Whatever the reason (either the lack of atmosphere or perhaps even a physical problem), Thiem was a completely different player on Sunday. In fact, the 27-year-old won as many points as his opponent won games in the third set (six).

After his defeat, Thiem didn’t want to use any physical issues as excuses.

“But the thing also is that I’m also not a machine. I mean, sometimes I would like to be, but there are really, really bad days,” 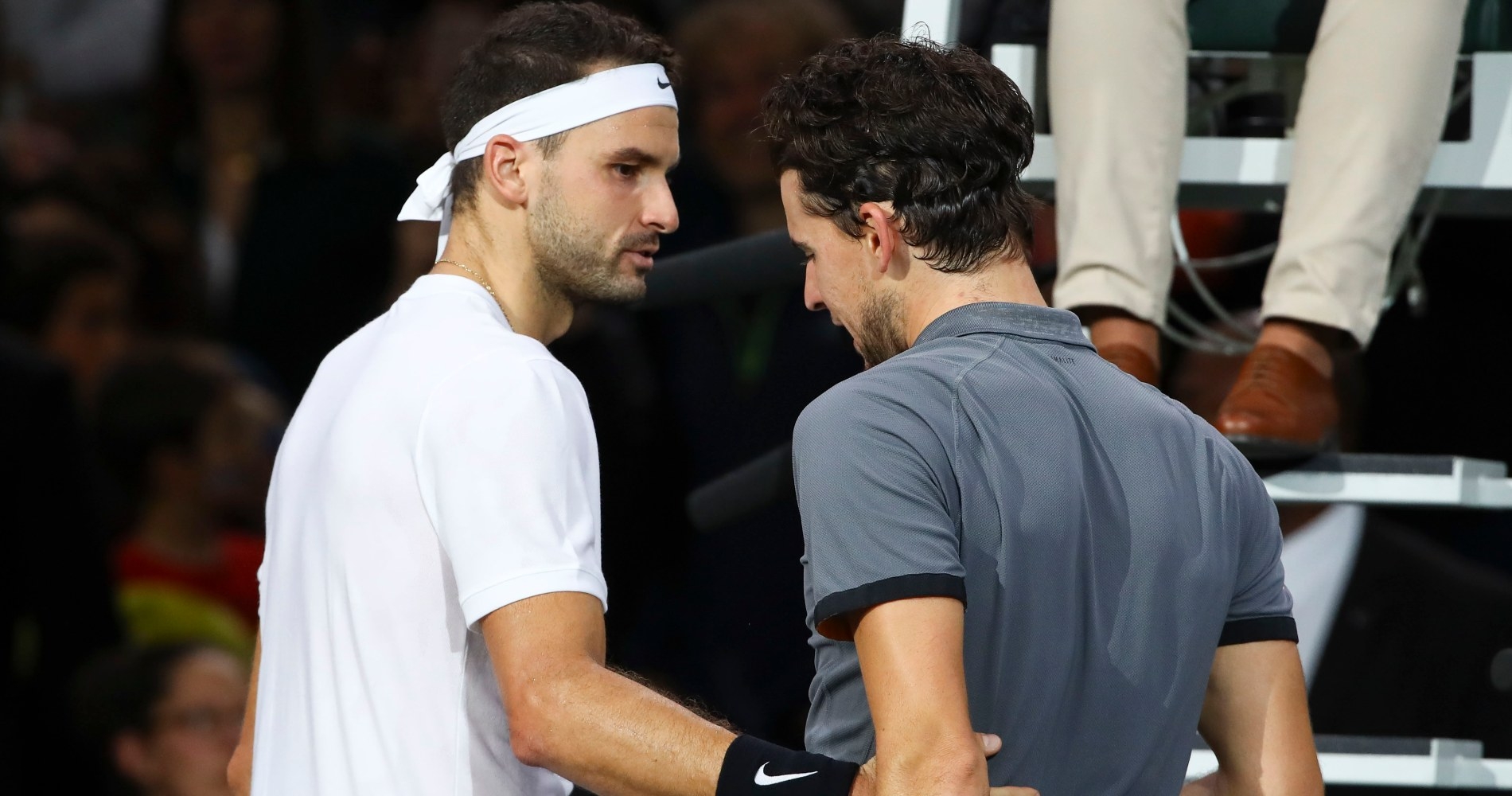 “I think he might have actually struggled with something, which I don’t know,” Dimitrov commented. “But I also want to give myself credit for staying focused and composed throughout the three sets. He’s an unbelievable player and a great friend off the court. Of course I’m very happy to be in the quarter-finals.”

This is Dimitrov’s sixth Grand Slam quarter-final and and fourth at the Australian Open.

“I kind of felt I had great preparation coming into the tournament. Sometimes you do extra work to be able to play four or five hours. But why not focus on only two hours? Either way, I was ready for both scenarios.”

While a tougher text may have been expected, it ended up as nothing more than routine for Dimitrov, who sprinted into a surprising quarter-final showdown against qualifier Aslan Karatsev. The world No 114 upset Felix Auger-Aliassime in five sets earlier on Sunday.

“If you’re here it’s for a reason,” Dimitrov said of Karatsev’s quarter-final appearance. “I’ve seen a little bit of his matches. He’s a really dangerous player full of confidence.”