Nick Kyrgios will face Dominic Thiem in a blockbuster third-round clash at the Australian Open. 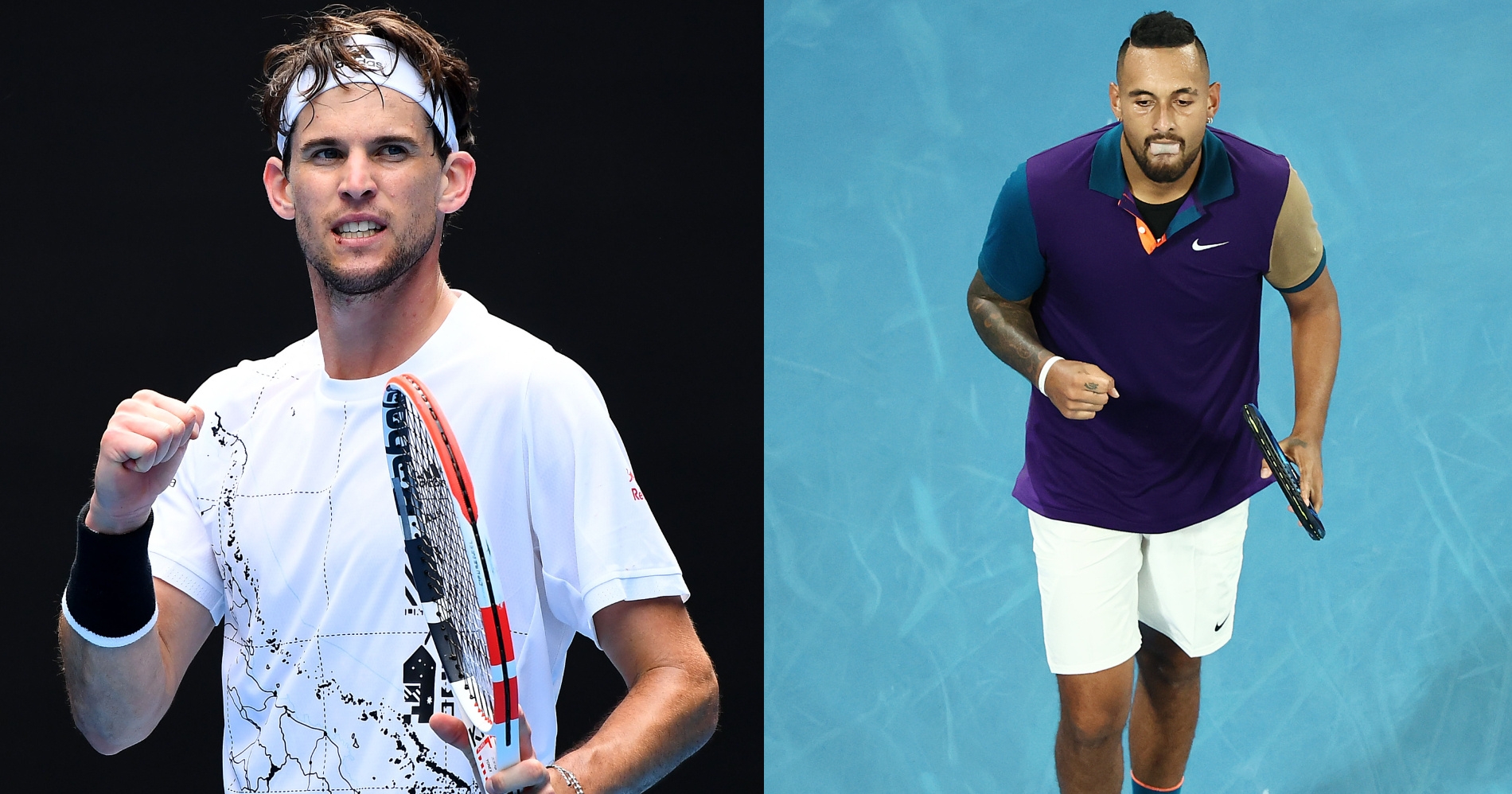 Nick Kyrgios has the weapons to overcome the “super physical” Dominic Thiem at the Australian Open on Friday.

The eccentric Australian continued to excite at Melbourne Park with a five-set win over Ugo Humbert in the second round, saving two match points.

Kyrgios, 25, is into the third round of a grand slam for the 15th time in his career, but it has been a difficult hurdle for him to cross. He is 6-8 in the third round of majors, although three of those wins – and just one loss – have come at the Australian Open.

While he has all the weapons, Kyrgios faces third seed Thiem, the US Open champion and last year’s runner-up in Melbourne.

“He’s probably one of the most physical guys on tour. He’s an extremely good player. I have actually seen him progress. He’s a bit older than I am. I actually saw him in juniors and then I saw him struggle for a couple years, futures, challies, and then to see him get to the top of the game. It’s been actually pretty cool to see him develop and finally find what he needs to do to win matches,” Kyrgios said about Thiem after overcoming Humbert.

“He trains like an absolute animal. He’s consistent every day. And I actually have a lot of respect for him. I think his style of tennis is not easy to play. He’s super physical, but I’m not even thinking about it. Like, I’m just hurting thinking about playing him right now.”

He added: “Whatever happens against Thiem happens. I’m going to go out there, serve, play with instinct, and if it’s enough, it’s enough. If it isn’t, I’m all right with that.”

With much of the talk at the year’s first major focused on the fast courts, Kyrgios’ serve will be vital.

Thiem has recorded wins over Mikhail Kukushkin and Dominik Koepfer to begin the tournament, winning 13 of 27 return games. Kyrgios has won eight of 42 return games.

Kyrgios has been among the men more willing to serve and volley to begin the event, playing 26 such points and winning 16. He has also won 39 of 55 net points, while Thiem is an impressive 31 of 36.

Novak Djokovic is among those who have talked about the fast courts at Melbourne Park this year, and the world number one said that would suit the big servers. Thiem said he had never played on courts as fast at a grand slam so far in his career.

“I prefer last year’s courts, if I could choose. It’s pretty fast, as I said the days before. It’s probably one of the fastest grand slam tournaments I’ve played so far,” he said. “Well, we have to get used to it, yes. But if I have to choose, I would choose the last year’s condition.”

The opportunity is there for the big-hitting Kyrgios, but he will need to be at his best.