Daniil Medvedev was praised by Stefanos Tsitsipas after their Australian Open semi-final. 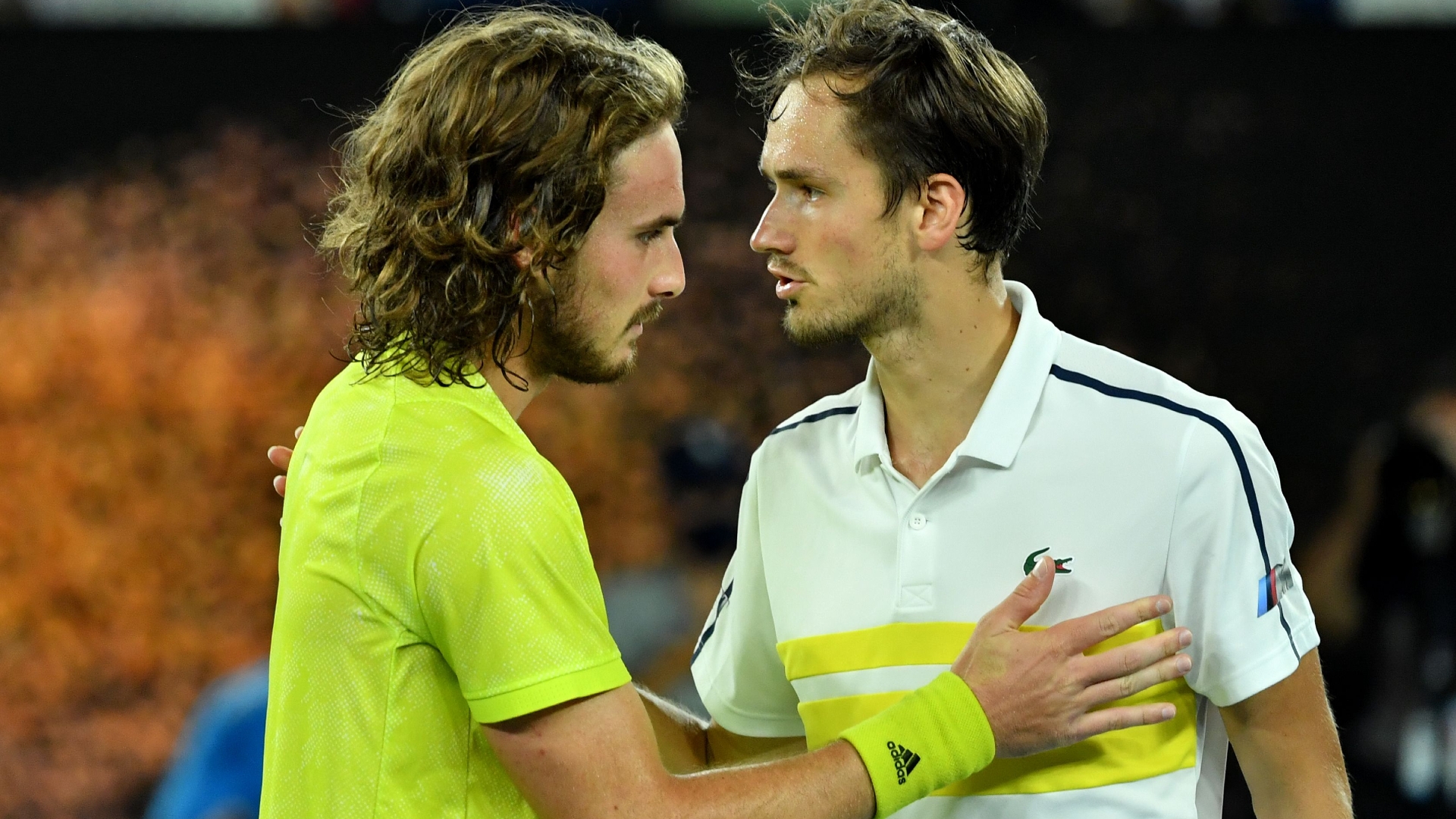 Stefanos Tsitsipas paid tribute to Daniil Medvedev for his performance in their Australian Open semi-final on Friday.

Medvedev set up a clash against Novak Djokovic in the decider in Melbourne after producing an impressive performance in a 6-4 6-2 7-5 victory over Tsitsipas.

The Russian fourth seed became the 25th man in the Open Era to record a Tour-level winning streak of 20 as he continued his incredible form.

Tsitsipas, who has lost six of seven meetings with Medvedev, credited the 2019 US Open runner-up for his display.

“Everyone saw what just happened out there. I’m the last person you should be asking this,” the Greek fifth seed told a news conference.

“I was just focused on my game, and he put out his show. He became Daniil Medvedev for three sets in a row.”

“Let me tell you, he’s a player who has unlocked pretty much everything in the game.”@steftsitsipas on @DaniilMedwed‘s incredible form in Melbourne.#AusOpen | #AO2021 pic.twitter.com/CHBu8aNAiB

He will be aiming for his maiden grand slam title when he faces Djokovic, a player he has beaten in three of their previous four meetings.

“I wouldn’t be surprised to see Daniil win the tournament. But, you know, it’s a strange scenario,” Tsitsipas said.

“I played Rafa [Nadal] here two years ago. I found his performance against me that day phenomenal. I was 100 per cent sure he was gonna win the tournament. And I ended up being wrong.

“Who knows? I don’t know. Like, Djokovic is playing well too. Look, I’m not a betting website. I don’t know what to say. Might be Medvedev, would be good for him, good for tennis.”