Novak Djokovic said he had “no respect” for Nick Kyrgios and refused to reply to the Australian’s response after winning at Melbourne Park. 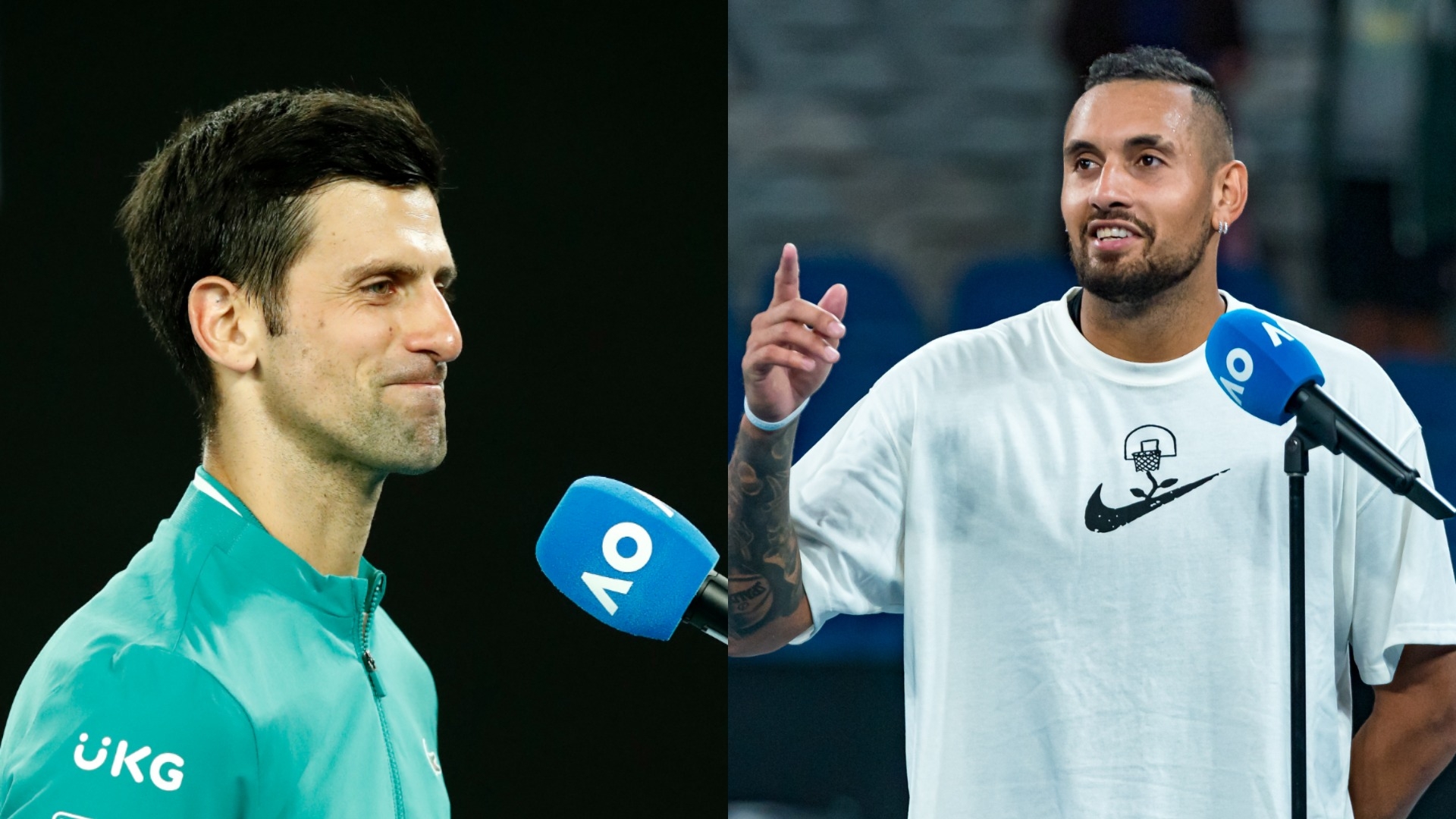 The war of words between Novak Djokovic and Nick Kyrgios continued on day one of the Australian Open, while Gael Monfils was reduced to tears after a first-round exit.

Reigning champion Djokovic cruised past Jeremy Chardy 6-3 6-1 6-2 in just over an hour and a half but was unwilling to be drawn on comments made by Kyrgios following the home favourite’s 6-4 6-4 6-4 success against Frederico Ferreira Silva.

Djokovic, who has now won 15 straight Australian Open matches, will take on Frances Tiafoe next. Kyrgios has a meeting with Ugo Humbert. A potential crossing of their paths on court could not happen until the semi-finals.

Monfils, seeded 10th at Melbourne Park, could not hide his emotions after succumbing to a 3-6 6-4 7-5 3-6 6-3 defeat in a five-set thriller against Emil Ruusuvuori.

Benoit Paire was the only other seed to go out on Day 1, with Dominic Thiem, Alexander Zverev, Diego Schwartzman, and Stan Wawrinka picking up victories.

On the eve of the first grand slam of the year Djokovic said he had “no respect” for Kyrgios off the court, which the Australian was confused by as he pointed out the charitable work he has done during the coronavirus pandemic.

Kyrgios was previously critical of the Adria Tour organised by Djokovic last year, which ended with multiple players testing positive for COVID-19.

Focused and flying into the second round #AusOpen | @NickKyrgios pic.twitter.com/AFWVcrXWHn

Asked about the Serbian’s pre-tournament comment, Kyrgios said: “It actually would make complete sense to me if he was like, ‘Look, I don’t respect the guy on the court.’ Because I understand if he doesn’t agree with some of my antics on the court that I have done in the past.

“He’s a very strange cat, Novak is. Heck of a tennis player, but unfortunately someone that’s partying with his shirt off during a global pandemic, I don’t know if I can take any slack from that man. That’s as bad as it gets for me.”

When a reporter asked if they could read those comments out to Djokovic in his post-match news conference, the 17-time major champion replied, “You can read it, but I’m not gonna answer to anything.”

Upon hearing the remarks and being asked if he had a reply, Djokovic simply said: “No.”

ANOTHER LOSS FOR MONFILS

Having lost his first-round match to Emil Ruusuvuori, who incredibly saved 17 break points, Monfils remained without a win on the ATP Tour since February of 2020.

The Frenchman was eliminated in the first round at Melbourne Park for the first time since 2006 and admitted he had lost all his self-belief and was finding it extremely difficult to get himself back on track.

“I don’t have any confidence. I would like to get out of this nightmare, but I can’t,” said Monfils. “I don’t know when it’s going to end. It’s hard. Every time I get here I feel judged, I’ve lost again. I can’t serve, I’m playing badly. I’m being honest. It’s going to take time.”

BEST OF THE REST

Denis Shapovalov also had to fight back to defeat Jannik Sinner, who reached the French Open quarter-finals last year, in an entertaining five-setter on Margaret Court Arena.