Technology over linespeople for Djokovic as champ salutes Nadal and Federer

Novak Djokovic was asked about the use of “Hawk-Eye Live” technology on every court at Melbourne Park this year, and the world No.1 has no doubt about his preferences. 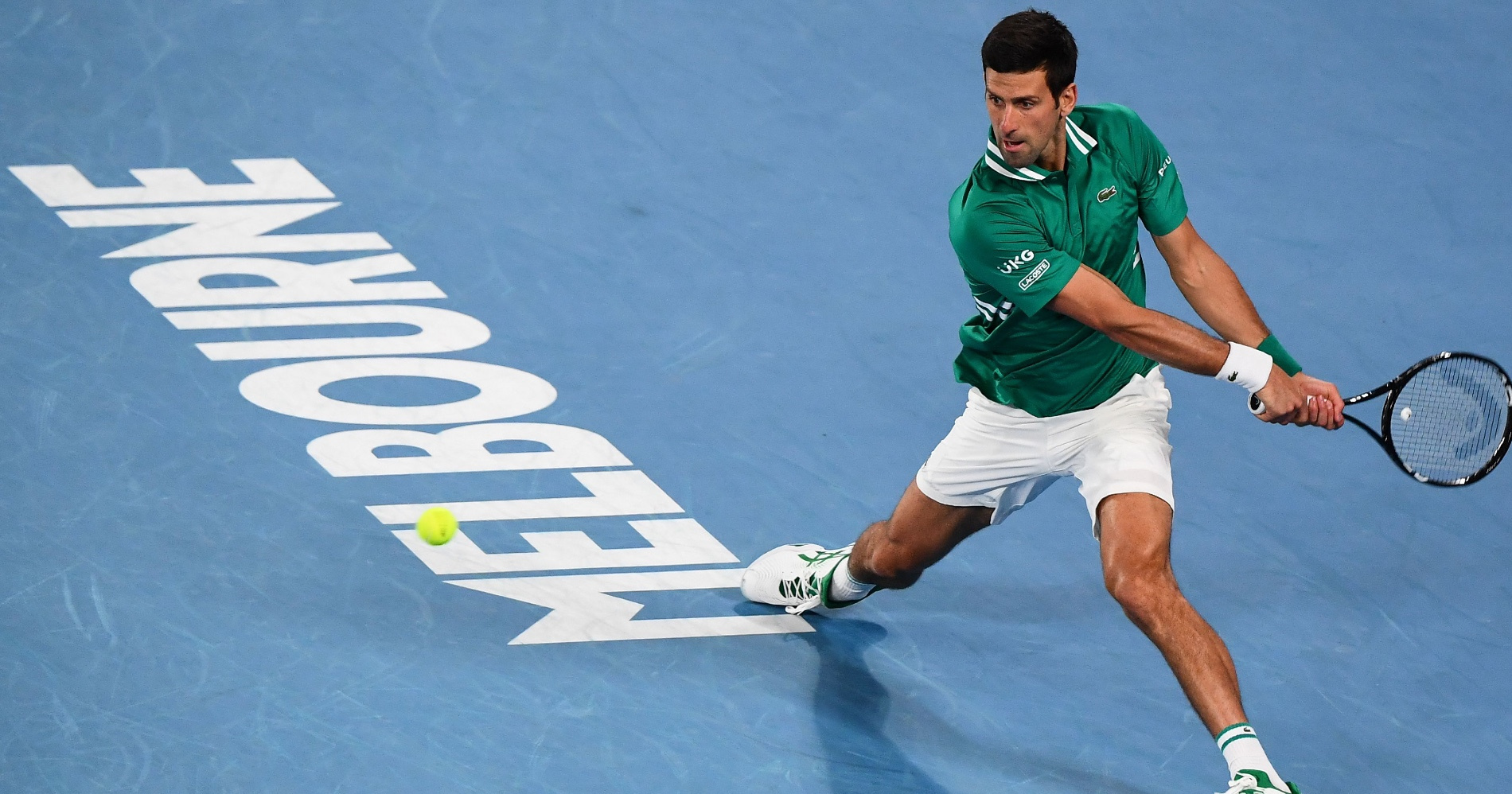 World number one Novak Djokovic is in favour of technology replacing linespeople across the ATP Tour amid the absence of judges at the Australian Open.

This year’s Australian Open is being held without line judges as a response to coronavirus restrictions at Melbourne Park, where “Hawk-Eye Live” technology is being used on every court.

It is the first grand slam to replace all linespeople with technology as the tournament seeks to limit the number of people on court amid the COVID-19 pandemic.

Djokovic was sensationally disqualified in the fourth round of last year’s US Open for inadvertently hitting a ball at a line judge during his clash with Pablo Carreno Busta in New York.

Asked about the situation at the Australian Open, defending champion and eight-time winner Djokovic told reporters: “I think back [at the] US Open last year, someone asked me whether I would support the idea of introducing this kind of line call technology at every tournament.

“Obviously providing that the tournament is able to afford financially that kind of investment, because obviously it is an investment.

“I said that I support that, because I feel, yes, I understand that there is a tradition and history and the way we kind of got used to the line umpires being there, and I think it’s nice that there is a lot of people and also volunteers with these line umpires that love tennis and love to have an opportunity to be out on the court and be close to the players and be part of a great event.

“But I think when you draw a line that generally I actually am in favour of technology. I think it’s proven to be very accurate in this particular instance.  I don’t see a reason why we need the line umpires, to be honest, if we have technology like this. I would of course keep the ball kids, but line calls I’m in favour of this technology.”

Djokovic was speaking after beginning his quest for a ninth Australian Open title with a 6-3 6-1 6-2 win over Jeremy Chardy on Monday.

The 17-time grand slam champion is trying to close the gap on 20-time major winners Roger Federer – who is absent from this year’s event – and Rafael Nadal.

“I respect all of my opponents’ records. I think especially Roger and Rafa, what they have achieved over the years. They are legends of our sport, and I admire them a lot,” Djokovic said. “They have positively affected my game and my growth, my development and all my success. Wouldn’t be what it is if these two guys were not there. I have had tremendous rivalries with these two guys and we still keep on going. But I don’t want any of their success, if you know what I mean. I’m not jealous of their success or anything like that. I try to build my own authentic career and my own success, and I stick to that.”

Djokovic added: “I am always motivated and inspired to achieve big goals and break records. I would lie if I say that’s not, you know, something that I’m thinking about or that my attention is not going that way.

“I have been very transparent about the fact that one of the biggest goals is to try to reach the number one of all time weeks’ record, and I’m getting closer and closer to that one. That’s a kind of a lifetime achievement for me.

“Grand slams, as well. Of course the Masters events, I think the 1000 events over the years I have managed to be very consistent and win a lot of titles there. Those are the biggest events that we have on the four other than grand slams.  The head-to-head records with top guys as well, to name a few. I try to be a good student of the game.

“I’m just very fortunate to be in this situation and position that I’m in at the moment, so I try to keep on going and obviously setting up new goals for myself, because I feel like other than passion and love that I have for the game and the biggest reason why I still play it is exactly that pure emotion that I have of enjoyment when I’m there and excitement.

“As a professional tennis player, I need to have goals. Over the last 15 years, everything that I have managed to achieve, I don’t settle for anything less but the top of the men’s game and the biggest trophies.  That’s something I always aim for. I work towards that.  And yeah, I’m still lucky to be where I am. Let’s see what the future holds.”