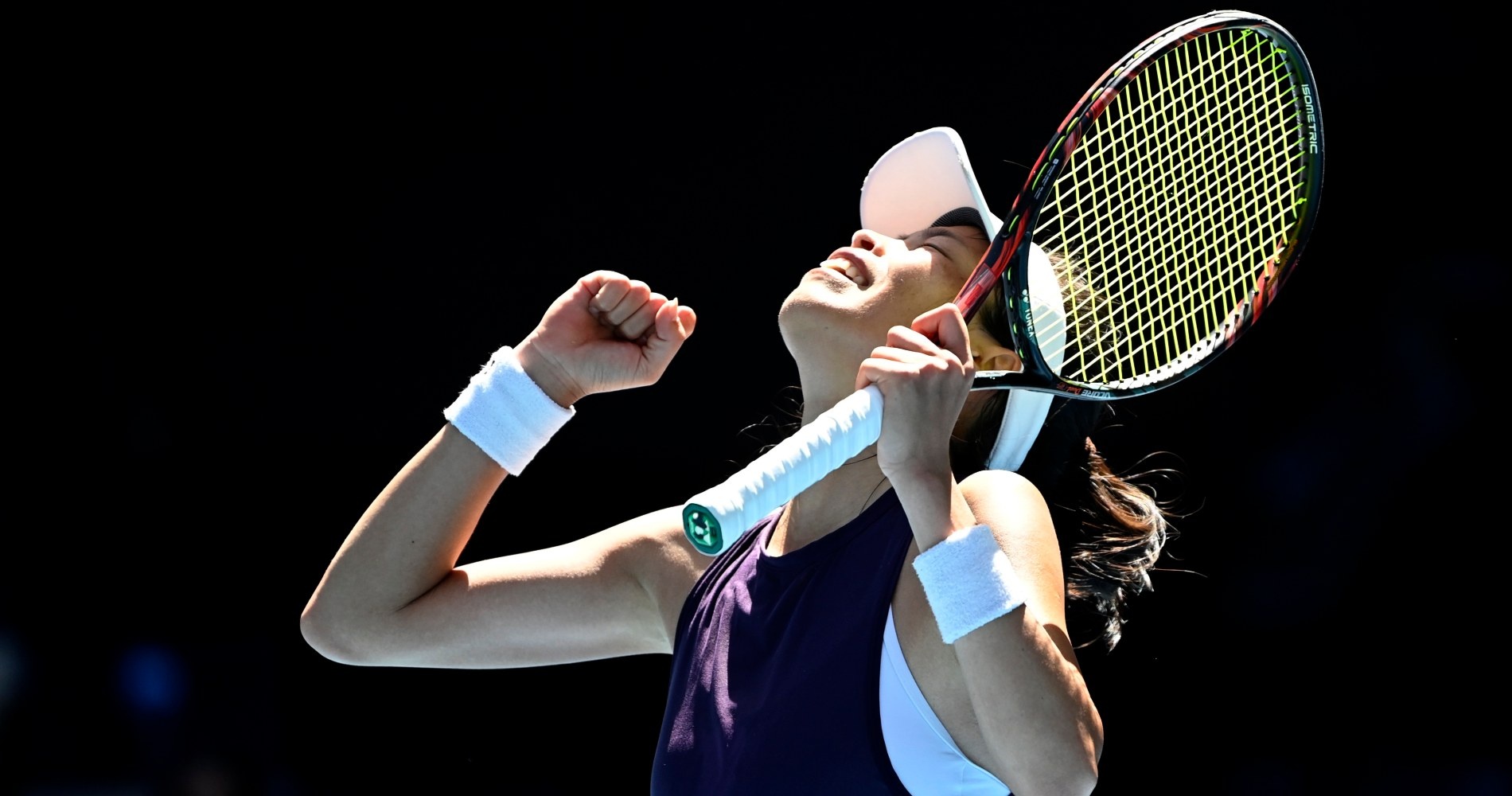 The current doubles World No 1 enjoys playing in Melbourne, as she reached the final of the doubles competition in 2020. A year later, she is making records as the oldest player to reach their first Grand Slam quarter-final at 35. Hsieh Su-wei now faces Naomi Osaka looking to go further in what is already her best Grand Slam performance.

This is your first Grand Slam quarterfinal that you’ve reached. How exciting is it for you?

“It’s quite exciting. But during the match when I was winning, I didn’t feel it was real because there was no fans there.”

“I have an Australian coach. Most people know it. This year I have a hitting partner, he’s living Melbourne. We have a lot of fun together.”

How have you managed to maintain this level and break through?

“Before Roland Garros I never beat a top-10 player. Funny thing about Roland Garros, I was dating my boyfriend, it was first year or second year, I forget which year, but his parent was first time coming to watch my match.”

“Then the first day I was losing very bad. And I saw the parent, I think they look like they’re going to fall asleep.  I tell myself, Okay, now I don’t care what happens, I will try to catch every ball, try to make it look little bit better. At least I want to see them a little bit awake. That’s the way I get back, win the set and win the match.”

Why do you think your game troubles Naomi?

“We all know she’s a very good player. Anyone play her, they will get troubles. I not worry about it. She probably going to smash me on the court. I try to play my game, do my job, see what happens.”

“I trouble her? Really? Okay. I don’t think right now. I will see what’s going on with my team, what they say. I will try to do a little bit better, I hope.”

When you’re in Taiwan, how big a star do you feel, when you’re home?

“Because I don’t like to put sun cream, so I’m very tan for the Taiwanese. It’s pretty easy recognise me on the road.”

“But I was traveling a lot because I play singles and doubles, my ranking is sometime up and down a little bit. I have to play quite a lot of tournament, so I’m not there all the time.”.