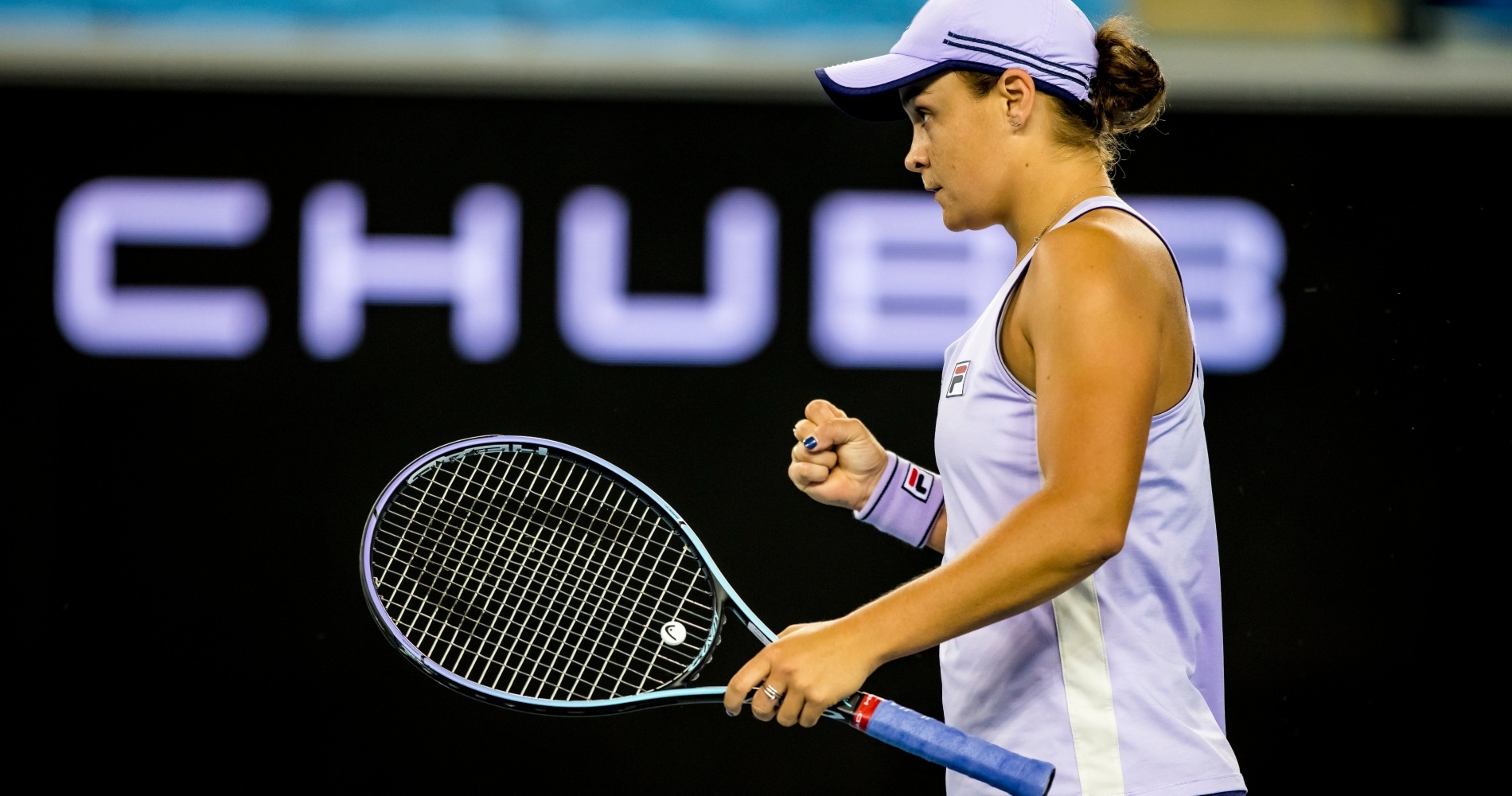 MELBOURNE, VIC – FEBRUARY 13: Ashleigh Barty of Australia celebrates winning a game during round 3 of the 2021 Australian Open on February 13 2020, at Melbourne Park in Melbourne, Australia.

World No 1 Ash Barty took another step towards her dream of becoming an Australian Open champion as she fended off the big-hitting challenge of American Shelby Rogers 6-3, 6-4 on Monday to reach the quarter-finals.

The Australian broke early in the first set but had to dig deep, saving break points in the seventh game to take the opening set but then turned on the gas in the second set as she marched to a 5-2 lead in the second. A blip on serve – including a double fault on the first of two match points – allowed Rogers to break back but Barty made no mistake second time around as she served out to love to reach the quarter-finals for the third successive year.

The quest for a home Grand Slam title continues ✨@ashbarty is into her third consecutive #AusOpen quarterfinal.#AO2021 pic.twitter.com/CUIVUeg2XE

“It’s really exciting to be through to another quarter-final,” the former Roland-Garros champion said. “I think if you’d have told me a few months ago when we were doing pre-season we’d be here, we’d have taken it for sure.”

“I knew my serve was going to be massive, not giving Shelby many looks. She can take things away from you very quickly. So I needed to serve well.”

Barty will now play 25th seed Karolina Muchova of the Czech Republic, who beat 18th seed Elise Mertens 7-6 (5), 7-5, coming from 4-0 and 5-2 down in the first set to reach her second Grand Slam quarter-final.

Muchova and Barty have met just once before, at the US Open in 2018, when the Australian won 6-3, 6-4. Muchova said she had nice memories of that encounter.

“I remember that they moved us from a nice court to some small court,” she said. “(But) she was great. That time I was qualifier, I think, and I had many matches in my legs, so I was a bit tired. It was a nice game, I think. We play a bit similar, I would say. I remember that after match she actually told me, like, to keep working, that I can make it to the top. So that was nice.” 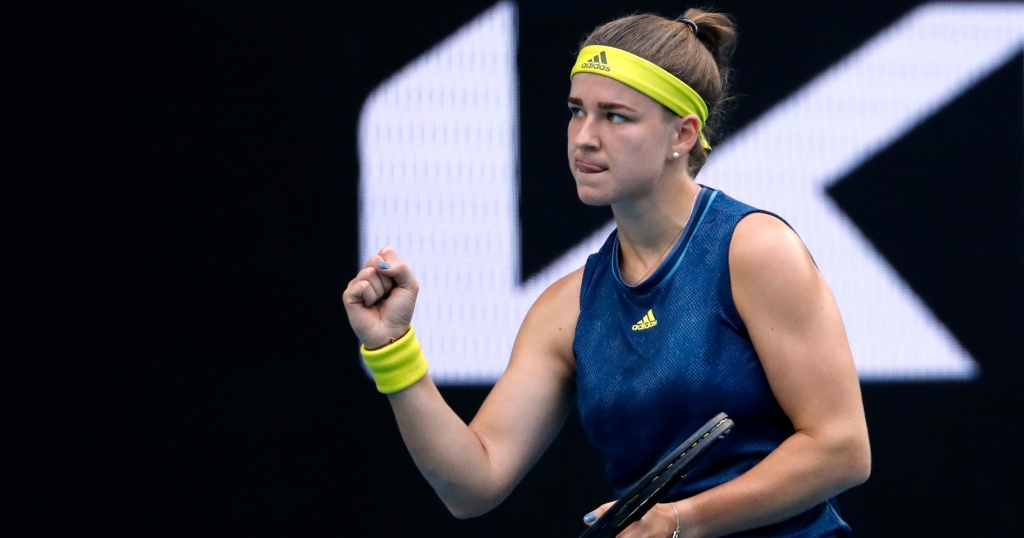 Barty said she would not be taking anything for granted.

“I remember that match in New York, I remember coming off the court and saying to Tyz (Craig Tyzer, her coach), Karolina, she can play, she’s a hell of a player. Now we get another opportunity to do it in a quarter-final of a Grand Slam. It will be a brilliant match. I know she’s got the ability to maneuver the ball all around the court, play with variety, play with shape. I’m looking forward to it.”