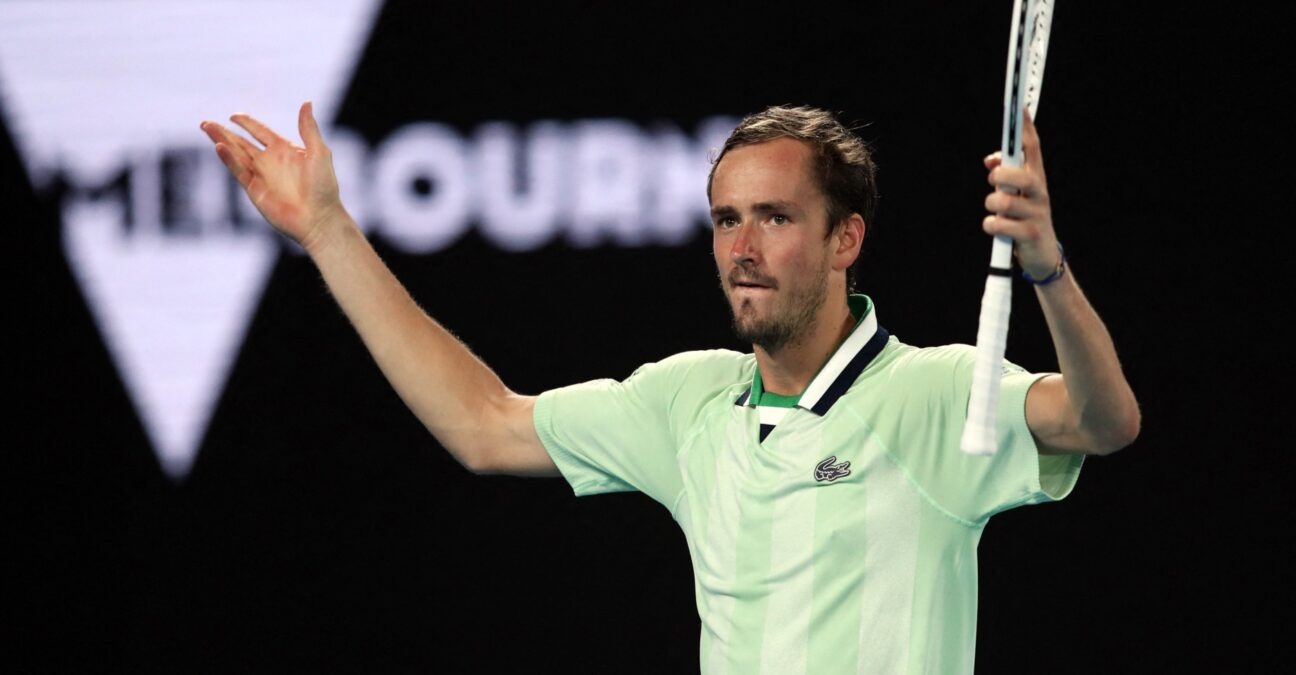 Russian Daniil Medvedev kept his title hopes in the most dramatic fashion on Wednesday as he came from two sets down and match point down in the fourth set to clinch a remarkable 6-7 (4), 3-6, 7-6 (2), 7-5, 6-4 victory over Felix Auger-Aliassime of Canada in the quarter-finals of the Australian Open.

The US Open champion and No 2 seed found his game just when he needed it, saving match point with a big serve in the 10th game of the fourth set, and one break, in the third game of the decider, was enough to give him victory after four hours, 42 minutes. He’ll play Stefanos Tsitsipas, who crushed Jannik Sinner earlier in the day.

“I don’t know if people are going to like it, but (at two sets down), I just told myself: what would Novak do?” Medvedev said. “Or Roger or Rafa, to be honest, they won so many matches like this. I just thought, OK, I’m going to make him work for it. It worked.”

In humid, draining conditions, the match had everything, a charging Auger-Aliassime, playing brilliant tennis in his third straight Grand Slam quarter-final; a rain delay in the third-set tiebreak, match point to the Canadian in the fourth and a roaring, almost manic Medvedev as he recovered for victory.

The result was harsh on Auger-Aliassime, who was the better player for large parts of the match. The 21-year-old held his nerve well throughout and was one point from victory when he forced a match point in the fourth set. But Medvedev came up with a big serve when he had to and after forcing a decider, he saved two break points in the second game before clinching the vital break.

It was only the second time in his career – after a win over Marin Cilic at Wimbledon last year – that Medvedev has come from two sets down to win a match and remarkably, it was the first time any player has recovered from two sets down at this year’s Australian Open.

The result, though, means Medvedev remains on course for a second Grand Slam title, four months after winning his first at the US Open. To get to the final, though, he’ll have to recover fast and then get the better of Tsitsipas, who played his best match of the tournament in dismissing 11th seed Sinner.

When they met at the same stage of last year’s US Open, Medvedev was in control from the start but in humid, draining conditions on Rod Laver Arena on Wednesday, it was Auger-Aliassime who had the energy and the calmness required to produce the better tennis in the early stages.

Serving with a high percentage and keeping Medvedev pinned behind the baseline with the power of his groundstrokes and speed around the court, Auger-Aliassime took the first set on the tiebreak, 7-2, and then one break early in the second set him on the way to a two-sets-to-love lead.

“The Bear” Medvedev begins to roar

Medvedev had seemed to be struggling with some discomfort in his lower back but as the third set wore on, he looked strangely calm and began to make an impression on the Canadian’s service games. Auger-Aliassime saved break points in two games to stay on track and force the set to a tiebreak.

The Russian’s confidence was rising and he took an early mini-break lead for 2-1, only for rain to suddenly cause a break as the roof was closed. When the players returned, Medvedev won the first three points and closed it out 7-2, roaring and waving his arms to the crowd to get them involved.

The momentum was all with the Russian but Auger-Aliassime was still playing well. Medvedev upped the aggression levels to force break points but at 5-4 to the Canadian, a double fault gave Auger-Aliassime match point. As he has done so many times over the past couple of years, Medvedev dug deep and found the big serve he wanted and held on for 5-5.

The pressure was now firmly on Auger-Aliassime and the Canadian sent a forehand wide in the next game to hand Medvedev the break. Still there was time for drama, though, as Medvedev was pegged back from 40-0 to deuce. Auger-Aliassime thought he had won the next point but Medvedev stuck out a racquet to win a brilliant point and then held to take the set, prompting another enormous roar from the Russian.

No one had come from two sets down to win a match at this year’s Australian Open and when Auger-Aliassime held serve to start the fifth and force 15-40 in the next game, the statistic looked like it might hold. But Medvedev held with some more big serving to level and then, in the next game, a double fault from the Canadian handed Medvedev the break for 2-1.

Auger-Aliassime had treatment for a right foot issue at 3-2 down and both men looked shattered as the finishing line approached. Still there was time for another break point for Auger-Aliassime but yet again, Medvedev saved it with a big serve out wide and held serve with a forehand volley to extend his lead to 5-3.

Again, Auger-Aliassime dug deep to hold for 5-4 and then had two more break points at 15-40 but Medvedev held on to set up a mouth-watering clash with Tsitsipas.

“Stefanos is a tough player,” he said. “We’ve had a lot of matches and a lot of tough ones. I just hope that I’m going to serve well and show some of my best tennis.” 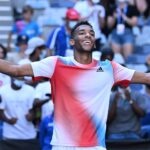