Find out everything you need to know about the young Canadian star Felix Auger-Aliassime, who won his first career title in Rotterdam in 2022 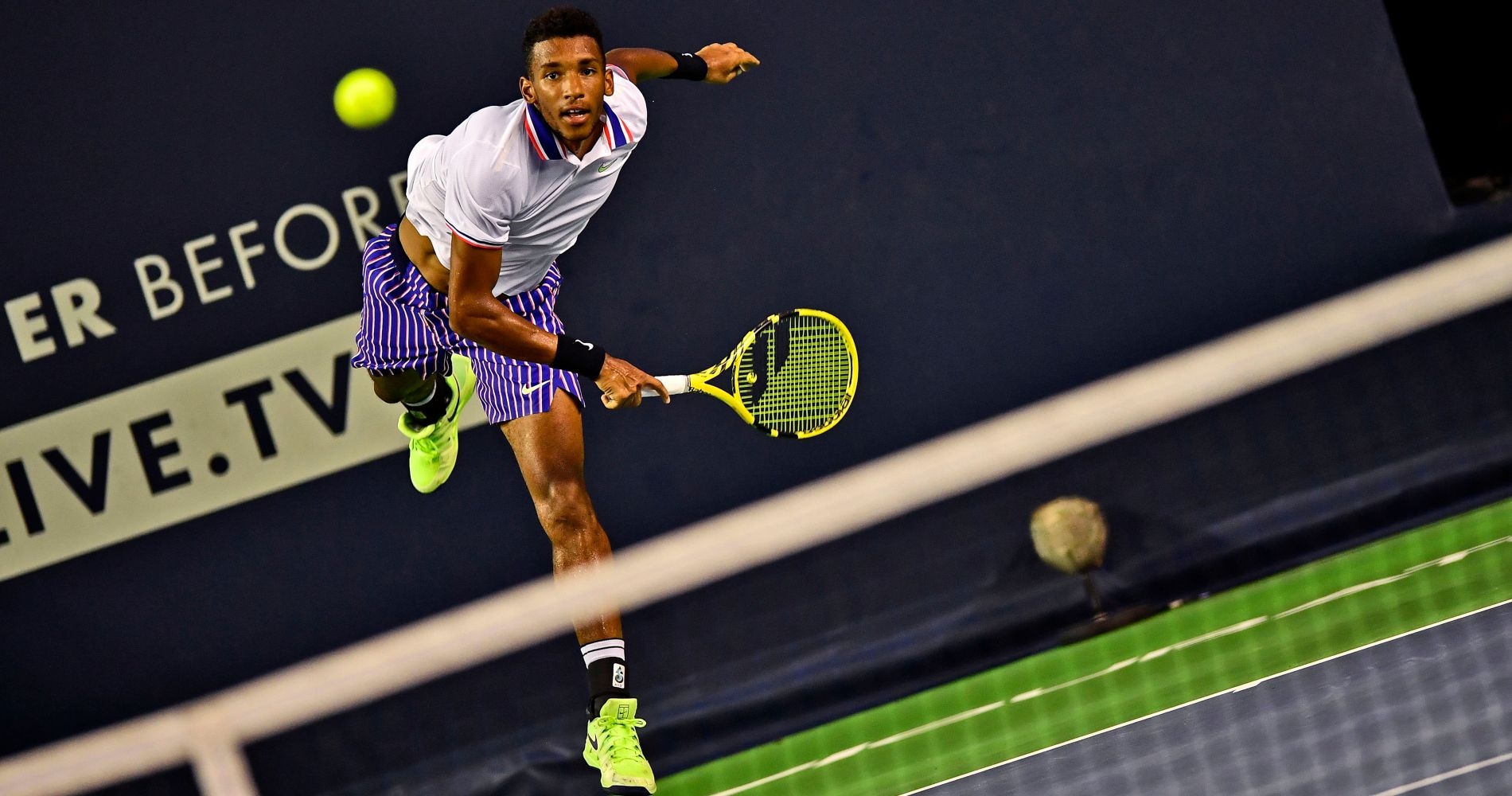 How many ATP Tour titles has Felix Auger-Aliassime won?

One. After losing his first eight ATP Tour finals, Auger-Aliassime finally got over the line when he beat Stefanos Tsitsipas to win the ABN/AMRO Word Indoor Tournament in Rotterdam in February, 2022.

“It’s not been the smoothest road since I reached my first final three years ago,” Auger-Aliassime said. “It’s an amazing day for me to get this first title. It’s the happiest day of my career and the first of many to come.” 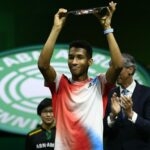 Why is Felix Auger-Aliassime’s round of 16 match at Roland-Garros 2022 so interesting?

Felix Auger-Aliassime will play Rafael Nadal in the round of 16 at Roland-Garros in 2022. The Canadian is mentored by Nadal’s uncle and former coach, Toni.

What did Felix Auger-Aliassime do at the US Open in 2021?

Felix Auger-Aliassime achieved his best Grand Slam performance to date at the US Open in 2021 when he reached the semi-finals. The Canadian beat Roberto Bautista Agut, Frances Tiafoe and Carlos Alcaraz before losing to eventual champion Daniil Medvedev. He was the first Canadian man ever to reach the semi-finals at the US Open.

What is Felix Auger-Aliassime’s highest ranking to date?

Felix Auger-Aliassime broke into the world’s top 10 for the first time on November 15, 2021. His highest ranking is No 9. 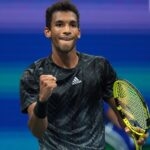 Felix Auger-Aliassime was born on August 8, 2000, making him 21 years old. He shares a birthday with Roger Federer, his idol when he was growing up.

What is Auger-Aliassime’s nationality?

Felix Auger-Aliassime is Canadian. He was born in Montreal, in the province of Quebec.

How tall is Auger-Aliassime?

He stands an impressive 6ft 4in tall.

What is his family background?

His mother Marie Auger is from Quebec, and his father Sam Aliassime is from Togo. He has a sister Malika – also a tennis player.

He has shared photos on social media of himself with girlfriend Nina Ghaibi, a Croatian equestrian star – who is cousin to Australia’s Ajla Tomljanovic.

Who is Auger-Aliassime’s coach?

Felix Auger-Aliassime’s coaches are former French players Guillaume Marx and Frederic Fontang. In April 2021, he announced that Toni Nadal – uncle of Rafael Nadal – would be serving as a mentor for him.

What other talents does he have?

Auger-Aliassime is very creative, and says if he wasn’t a tennis player, he would be an artist. He also plays the piano.

When did he start his career?

He started playing tennis when he was four years old, and enjoyed a successful junior career in singles, winning the Junior US Open in 2016 and finishing as runner-up at Roland-Garros the same year. He had won the junior doubles title in New York the year previously, partnering with his compatriot Denis Shapovalov. He turned professional in 2017.

What does Auger-Aliassime think about current affairs and social issues?

He has praised the racial diversity on show in New York.

“You hope that you’re leading by example, that kids, in you, they see belief, that you can reach that whatever city, country you come from, whatever neighbourhood you come from.

“I hope this gives a lot of belief to people, and it’s a good message of love. Yeah, I’m happy to see a lot of my peers and players I guess looking like me in the further rounds.”

He also leads a campaign to fund education programmes for children in Togo.

I consider myself very fortunate to be in a position to support causes that are close to my heart. In January, I launched #FAAPointsForChange in partnership with @BNPParibas, @carefrance and @carecanada. This program aims to fund the EduChange program which promotes the education of children in Togo. Let’s keep using our platforms to make a positive change in the world. You Can’t Stop Sport. Because You Can’t Stop Us. #YouCantStopUS @nike

Does he have social media accounts?

According to the official ATP Tour website, Auger-Aliassime has won a combined singles and doubles total prize money of $6,311,071, as of February 22, 2022.