Karolina Muchova made an improbable comeback to upset home favourite Ash Barty in the quarter-finals of the Australian Open on Wednesday, setting up a clash with American Jennifer Brady for a place in the final 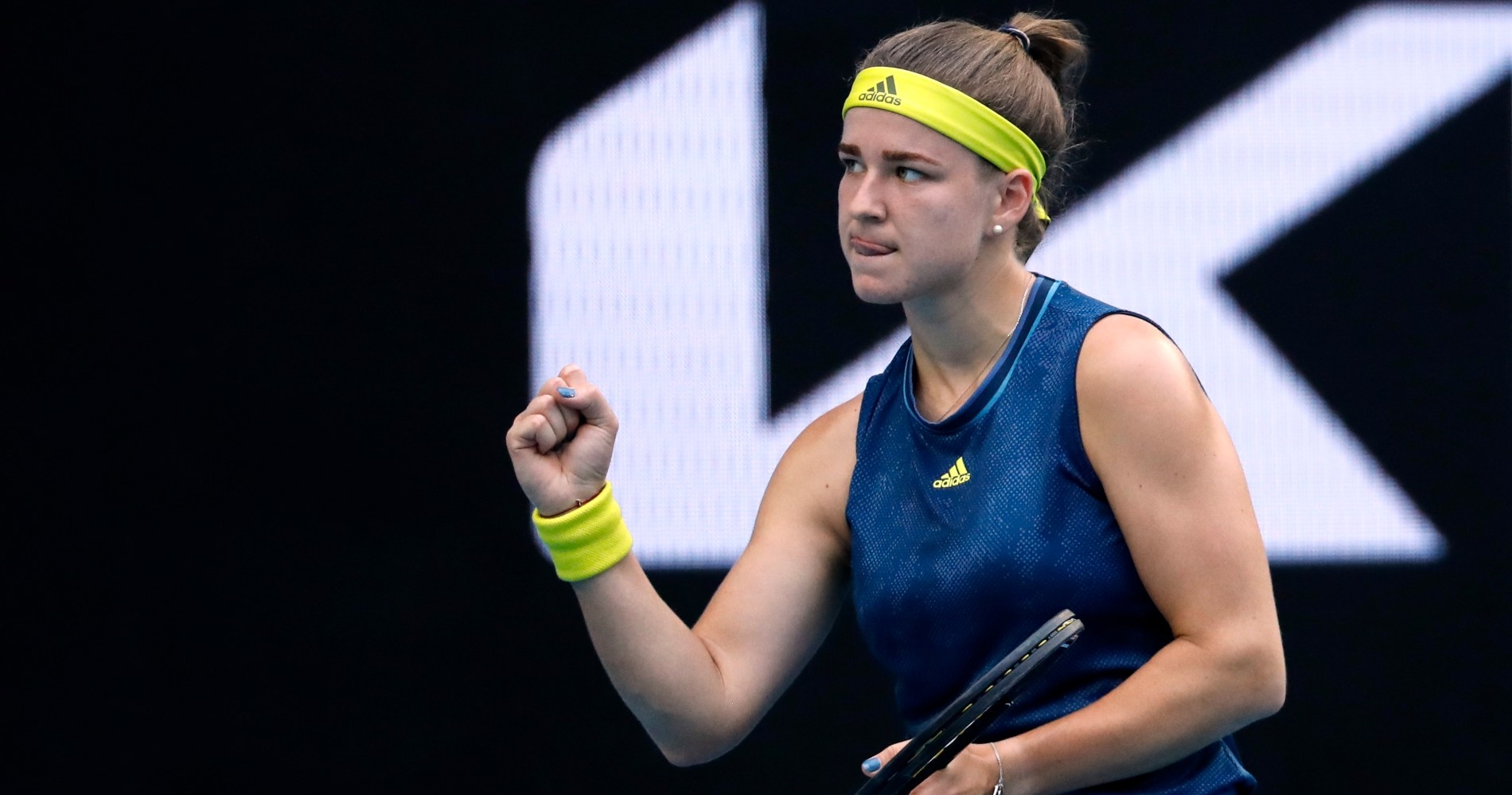 For a set and two games, it looked like Ash Barty was cruising into the semi-finals of the Australian Open.

Then, in an instant — or more specifically in a medical timeout — everything changed. Czech Karolina Muchova recovered from a set and 2-0 deficit to stun Barty 1-6, 6-3, 6-2 on a hot Wednesday afternoon. Muchova joined Serena Williams and Naomi Osaka in the last four after completing her unlikely comeback in one hour and 57 minutes.

A considerable favourite against an opponent who has never been past this stage of a major, Barty — playing in her third consecutive quarter-final at Melbourne Park — was quick to take control. The world No 1 took the first five games of the match while dropping a grand total of six points in the process. Muchova finally got on the scoreboard with a hold for 1-5, but Barty wrapped up the opening frame of play with a hold to 15. 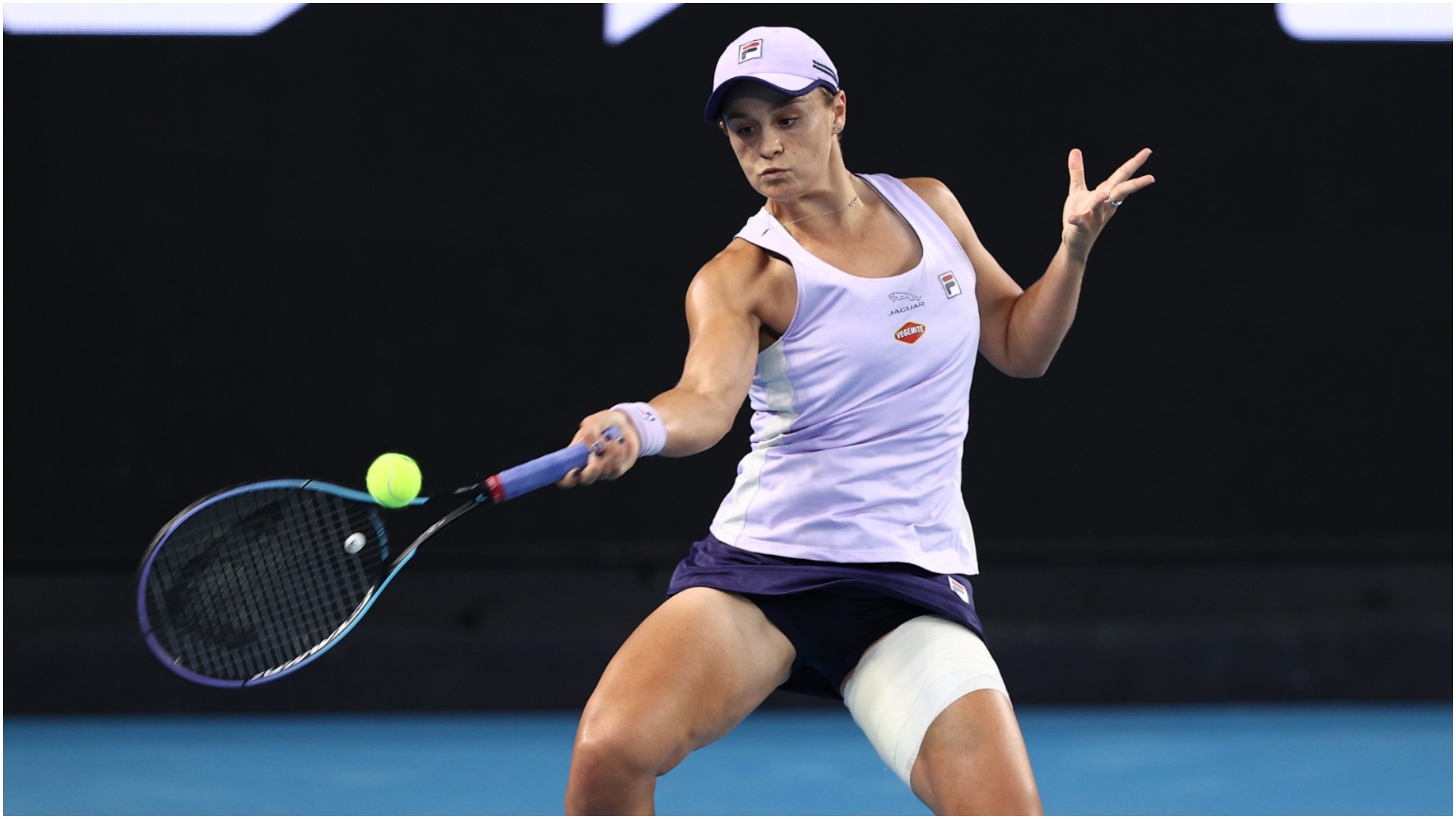 24 minutes.
One game dropped.@ashbarty is on the fast track to the semifinal.
Stream live → https://t.co/tPoe44TDv0#AusOpen pic.twitter.com/85OACow6aV

It seemed all but over when Barty broke serve again to begin set two. Muchova fell into a 0-40 hole, fought off two break points for 30-40, and then erred with a wild forehand to lose it. The Czech, who also reached the quarters at Wimbledon in 2019, held to love for 1-2 but took a medical timeout immediately thereafter.

Following an eight-minute delay, Muchova came back out and promptly seized her first break of the afternoon while Barty was never the same again. The 24-year-old had to fight off two break points at 2-3 before running into trouble again at 3-4. Muchova finally converted her fourth break chance of the eighth game, allowing her to serve for the set at 5-3. The world No 27 did so with perfection, holding to love.

There would be no recovery for Barty in the third set. The top seed’s level continued to be much lower than it was in the first while Muchova only got better and better – especially in the pressure moments. Muchova saved two break points in the second game and three more while serving for the match at 5-2. Two breaks in the decider were more than enough for the underdog, who never lost serve again following the medical timeout early in the second.

🚨 UPSET ALERT 🚨@karomuchova7 knocks out world No. 1 Ash Barty in the @AustralianOpen quarterfinal, 1-6, 6-3, 6-2.
The 24-year-old is into her first Grand Slam semifinal. #AusOpen pic.twitter.com/RJN6V4w74Z

“From my point of view, I’ve played a lot of matches where there have been medical timeouts. I’ve taken medical timeouts myself before, so that shouldn’t be a massive turning point in the match. I was disappointed that I let that become a turning point. I’m experienced enough now to be able to deal with that.”

Muchova will go up against Americans Jennifer Brady in the semi-finals. And there will be some fans in attendance, as the state of Victoria confirmed on Wednesday that the five-day lockdown will end at midnight.

“Definitely something new for me, but very nice,” Muchova said in her post-match press conference. “I mean, it’s amazing, I’m feeling good, yeah. I think it’s a goal you’re setting up when you’re playing tennis. For me, at least, it’s the majors, the Grand Slams, to go far. For me to be in semi-final, as you said, it’s like a dream. I’m really happy for that.”

Barty said she was frustrated she did not find a way to win.

“I felt like I had small windows of opportunity probably midway through the second set and wasn’t able to kind of regroup enough to be clear in the third set how I wanted to play,” she said. “I think I just lost my way a little bit, which is disappointing, without a doubt. I felt like I was in control of the match. I knew how I wanted to go about it, just lost my way a bit.”