The quest for #20 goes on! Rafael Nadal dropped his first set of the tournament, but he was imperial in winning the other three today (6-3, 3-6, 7-6(6), 7-6(5)) against a version of Nick Kyrgios that turned on almost from start to finish. Next for Nadal: Dominic Thiem. 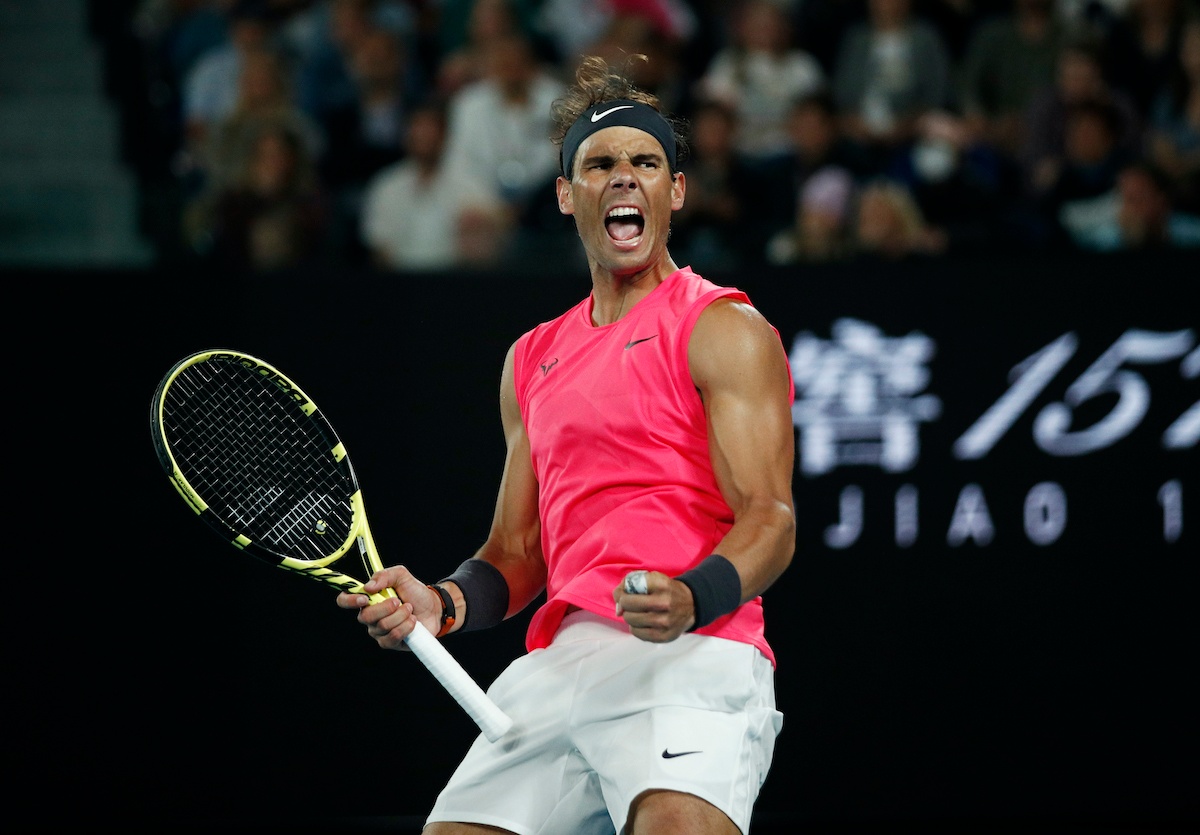 Rafael Nadal in action during his match against Australia’s Nick Kyrgios.

It takes something special to send Nick Kyrgios packing when he’s that loaded and fierce, especially before his home crowd. It took 19-time Grand Slam champion Rafael Nadal, no less, to end Kyrgios’ Australian Open run, and one has to wonder who else would have been able to do it in this tournament if not for the world No. 1.

The world No. 1 barely put a foot wrong.

The story of this match started even before the first point was played as a seemingly very emotional Kyrgios walked onto the court wearing a Kobe Bryant #8 jersey, mourning the loss of the former Lakers star.

Through a little less than three sets, though, a happy ending seemed possible from Kyrgios’s perspective. After Nadal secured the first set 6-3, Kyrgios responded by a 6-3 set in his own right, and when the pair headed to a third-set tiebreaker, one could reasonably think Kyrgios would shift the match momentum to his side would he clinch the breaker.

But he didn’t, and neither did he take the next one.

With Nadal serving for the set at 5-4 in the fourth, Kyrgios broke back with an impressive display of attacking, poised tennis. That game echoed his tournament, and even Nadal was the first to praise the Aussie in his post-match interview.

Rafael Nadal: “I like the Nick Kyrgios of during the whole of this tournament.”

Nadal was the victor, once again, because he is Rafa, a legend just as big as the man on everyone’s lips today, Kobe Bryant, and he is on a mission for the history books, with a potential record-tying 20th Grand Slam title on the line.

They don't call him the world No.1 for nothing ☝️🇪🇸

In the quarterfinals, the world No. 1 will face Dominic Thiem, against whom he’s had epic slugfests but never lost to outside of clay.