Rafael Nadal nearly squandered a two sets to love lead but eventually powered through his fatigue to take out Denis Shapovalov in five sets. 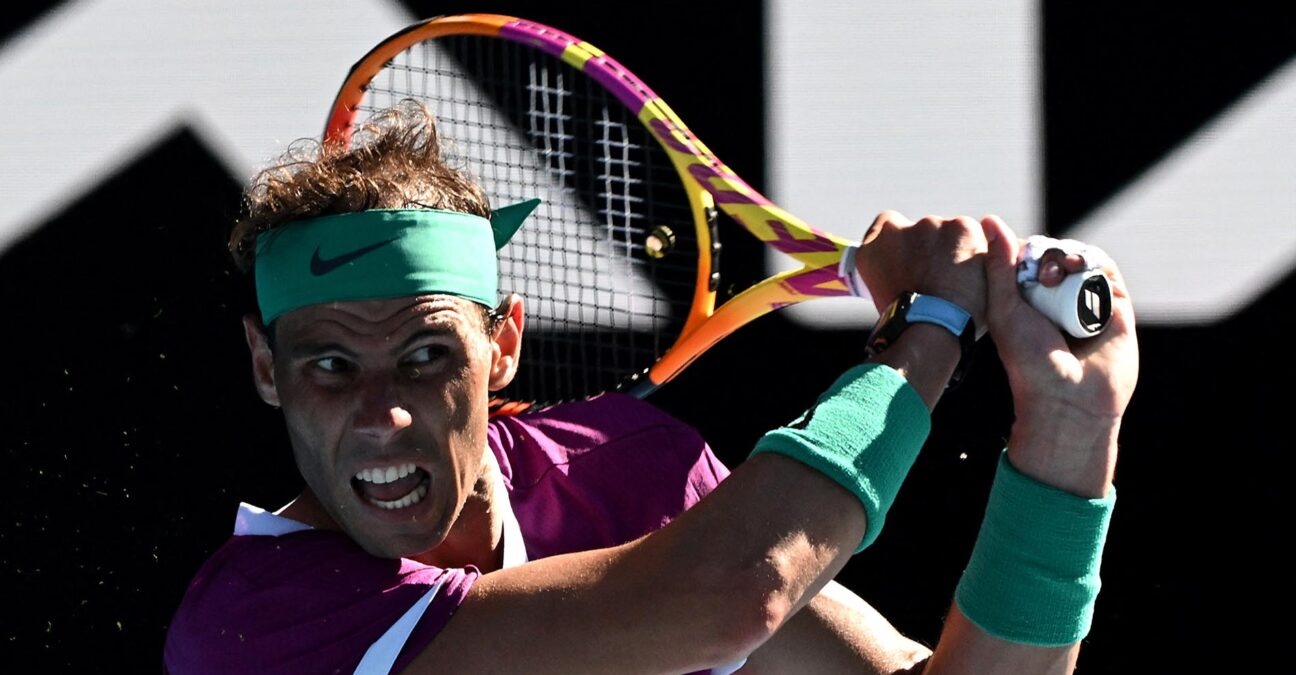 There were moments, during Rafael Nadal’s 6-3, 6-4, 4-6, 3-6, 6-3 quarter-final victory over Denis Shapovalov in Rod Laver Arena on Tuesday, when it looked like the 20-time Grand Slam champion was on the ropes. As Nadal suffered in the heat, temporarily devoid of energy, gobbling tablets to calm his stomach down, Shapovalov stormed back from two sets to love down and looked like a sure thing to hand the Spaniard what would have been a heartbreaking defeat.

Nadal entered the match with only nine Grand Slam quarter-final losses to his name, but seven of them had come at Melbourne Park, including a loss to Stefanos Tsitsipas from two sets up last year. Was it going to be Deja vu all over again?

No. True to form, Nadal picked himself up off the canvas, played a near perfect final set and rode away with the satisfying victory to take his place in his seventh Australian Open semi-final.

How did Nadal come away with the victory? Jim Courier asked the 35-year-old on court after the match.

Nadal – I was destroyed

“I don’t know,” replied Nadal with a smile, “I was completely destroyed.”

He may have been destroyed, but Nadal made sure that whatever ailed him was only a temporary affliction. He probed his own inner depths to find a away back to the form that had put him head-and-shoulders above Shapovalov in the first two sets and found it in the decider, when it mattered most.

Popping big first serves and delivering clutch shots when he needed them, Nadal won 18 of 24 first-serve points in the fifth set, and saved all three break points he faced. He was up 3-0 on Shapovalov quickly, and calmly navigated the tense final moments of the match, dropping just two points in his final two service games as he locked down his 74th Australian Open match win. 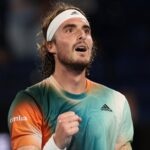 Nadal – I didn’t practice for this type of heat

During his post-match interview Nadal said that he was unprepared for the sweltering conditions that the match was played in.

Nadal also said that he was fortunate to move ahead so quickly at the beginning of the final set.

Nadal also regretted not taking his chances in the third set. One particular missed passing shot stood out, which would have given him two break points with Shapovalov serving at 3-all. The Spaniard had a look at the type of passing shot he makes nine times out of ten, but nudged it wide and Shapovalov escaped the game, and later claimed the set. 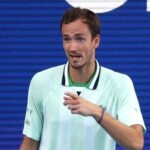 Read also
Medvedev battles his demons – and survives: “I was quite mad today”
Tennis Majors

Chances in the third – but couldn’t close out the Canadian

“I think I had my chances at the beginning of the third,” said Nadal. “With love-30 and one 15-30, and one passing shot down the line – I didn’t get it and then I started to feel a bit more tired and then he pushed me.”

The tone of the match changed quickly in the fourth. Nadal was clearly suffering from what looked to be a stomach ailment as Shapovalov stormed ahead. Nadal saw the trainer after the fifth game, trailing 4-1, and took some pills to help him feel better.

“I started to feel not very well in my stomach so I just asked if they can do something,” he said. “I took some tablets to try to improve the stomach problem that I had.”

He was asked if the issue improved, and Nadal hinted that he never really felt much better.

“I was lucky that I was serving better in the fifth,” he said.

With his triumph Nadal moves on to his 36th Grand Slam semi-final, third all-time behind Novak Djokovic (42) and Roger Federer (46), and will face either Matteo Berrettini, the No.7 seed or Gael Monfils, seeded 17, next.

Most important is that the Spaniard has kept alive his hopes of winning a 21st major title, and he’ll benefit from having two days rest before he plays again (both men’s semifinals are on Friday). He says the extra day means a lot to him, given his condition today, and the fact that he is just making his return to the tour this month after five months away from competitive tennis due to the foot injury that cut his 2021 season short, and a positive Covid-19 diagnosis last month.