Oops!… Coco Gauff Did It Again

Wimbledon was arguably a stunner; but is Melbourne really a surprise? 15-year-old Coco Gauff, dubbed tennis’s next superstar since her win against Venus Williams in SW19, repeated the feat in the Australian Open first round (7-6(5), 6-3), looking even more in control than the scoreline suggests. 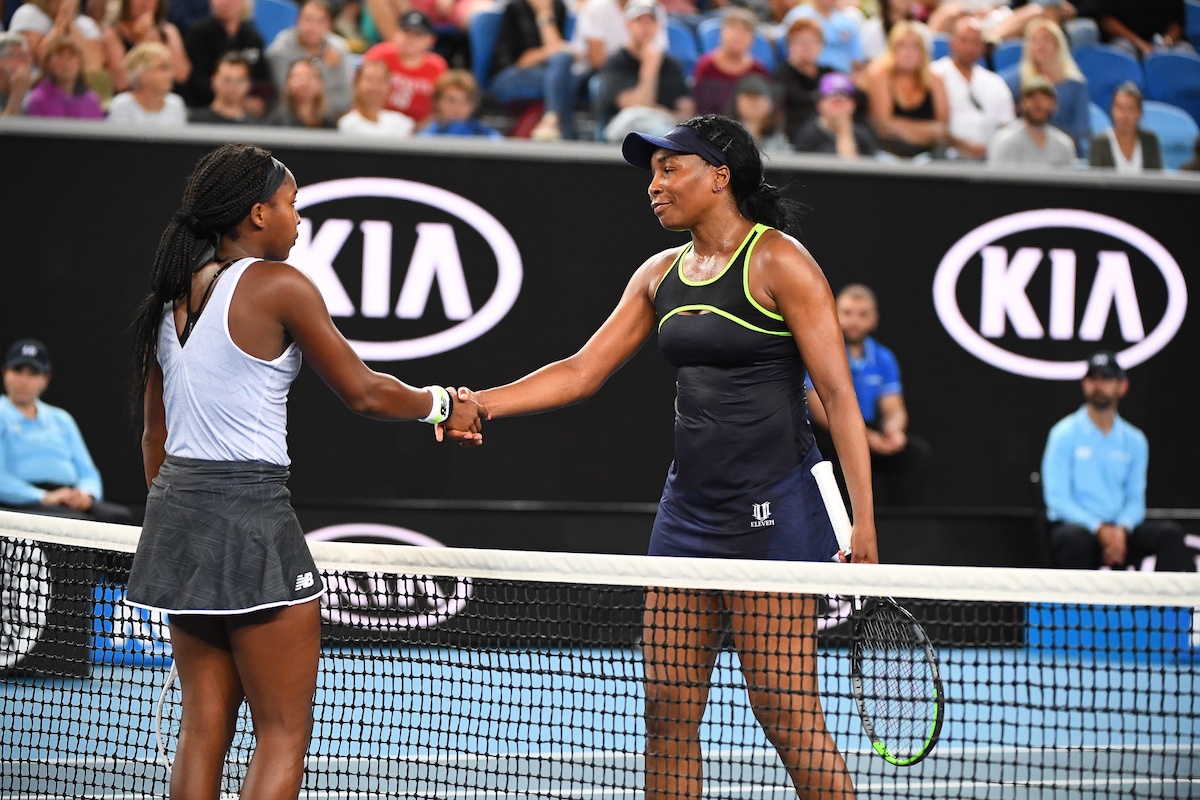 Yes, Venus Williams in nearing her forties; yes, she hadn’t played since early October of last year; but beating the seven-time Grand Slam champion at a Major remains a hard task — especially when you’ve literally grown up idolising her.

But Coco Gauff, at age 15, was once again able to hold her nerves and ignore her feelings to knock out Williams, 24 years her senior. At Wimbledon, she had clearly felt the weight of history, at least for a few minutes, when serving for the match at 6-4, 5-4; this time, except for a blown 5-3 lead in the first set, eventually secured 7-6(5), she seemed in cruise control all along and served out the match without drama.

Gauff did look emotional after match point — how would she not be? — but it was nothing like Wimbledon. “Been there, done that,” as the saying goes.

“Yeah, obviously I look up to them.Every time, even just walking by them, I have to remember that even though they’re my idols, they’re also going to be my opponents sometimes. I have to remember that, too, as well. I mean, my mission is to be the greatest. That’s my goal, to win as many Grand Slams as possible. But for today, my mission was to win. I didn’t want to let the nerves come to me. I know I had a couple set points, and she played well. I knew I had to take it from her. She wasn’t going to give it to me. That was really the mission. I think today has been the best match so far I played this year. I was a lot more focused. Yeah, I think today really showed what I worked on in my off-season.”

Gauff had the opportunity to spend quality time in offseason with another Williams, Serena, and was keen to talk about it in her presser.

“My highlight definitely was the dance performance we did with Serena. That was really cool. Chris Eubanks, too. Yeah, Serena and I, we didn’t pick up the choreography as fast as everyone else. In the end we did well. She pulled a split, that was really cool. I had fun doing the Shaun T workout. That was my first time doing Insanity. Honestly, it’s difficult. Then Bob Sinclar, we had the fun DJ party after that. Then we did Amazing Race, too. So we did kayaking. It was like the Amazing Race like you see on TV.
I had a fun off-season definitely. It was like my first real off-season because I played juniors from coming. Orange Bowl is really in December, then you have to get back. So this was my first real off-season. I hope I have more off-seasons like this, because clearly it paid off. I had really fun memories.”

After picking up her first win at the Australian Open, juniors or seniors, Coco Gauff sure wants to create more fun memories Down Under.