Tennis has been played without crowds for almost a year, so Serena Williams, Naomi Osaka and Rafael Nadal enjoyed seeing fans in Adelaide. 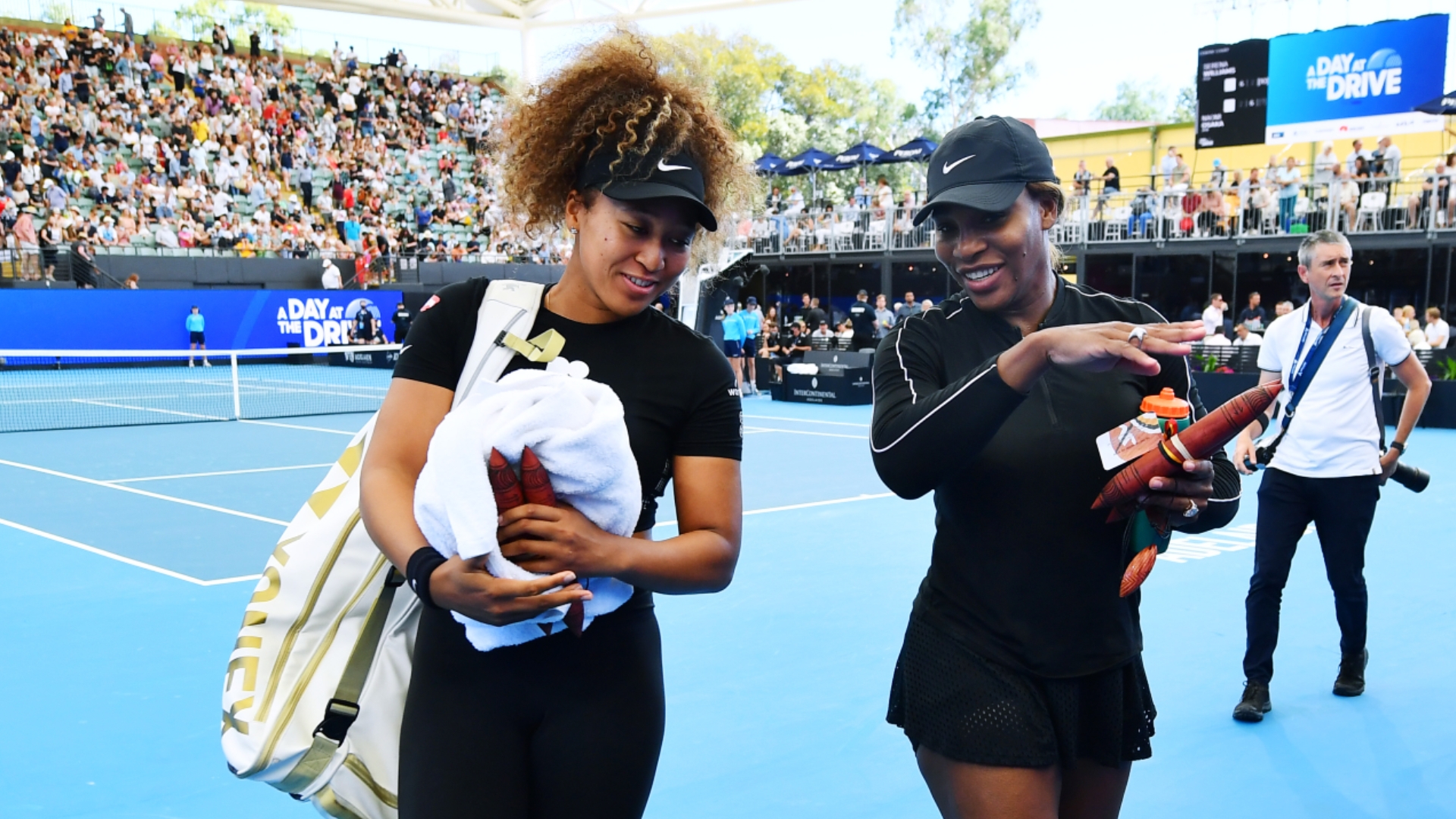 Serena Williams and Rafael Nadal agreed it was great to be playing in front of busy grandstands again as tennis stars emerged from lockdown in Australia.

The women’s and men’s tennis tours have been contested largely behind closed doors over the past year, and a number of tournaments, most notably Wimbledon, have been cancelled due to the COVID-19 crisis.

The Australia public has given a cautious welcome to the arrival of the world’s leading players, who have been quarantining in hotel rooms for much of the past fortnight, only allowed to briefly leave in order to train.

Ahead of the Australian Open, which begins on February 8 in Melbourne, Williams and Nadal are among a star-studded set of players who travelled to Adelaide to feature in the ‘A Day at the Drive’ exhibition event.

They both scored victories on Friday, with Williams defeating US Open champion Naomi Osaka 6-2 2-6 10-7 and Nadal snatching a 7-5 6-4 win over Dominic Thiem.

The delight in both at seeing crowds at a tournament was plain, with Williams saying in an on-court interview: “Thanks everyone for having us. We haven’t played in front of a crowd in over a year. It’s been a really long time.”

In fact, it has not quite been a full year since the tours locked down initially, as it was early March when most tournaments began to be called off, with crowds frozen out.

Williams said the reception made the difficult past fortnight, being hidden away from the world, worth the strain for the players.

It was worth the wait https://t.co/o3XFiSHVLs

“This is really cool and then for having us and trusting us with your laws was great,” said the 23-time grand slam winner. “We were so excited to be here and it’s worth it.”

Nadal said he was “super happy” to still be playing at the highest level and back in front of Australian crowds.

The pandemic has been carefully managed to the point where very few have the virus and it is considered safe to allow crowds into sporting events in the country.

Nadal said: “Hopefully this situation will go away quick and we will be able to enjoy fans on court [around the world].

“We’re super excited to have fans at the Australian Open and today.”

That optimism and excitement was shared by men’s world number one Novak Djokovic, who played just one set against Jannik Sinner due to a problem with blisters on his right hand.

“We didn’t play in front of this much crowd for 12 months. This is definitely something very special.

“It wasn’t easy, obviously, with 14 days being constrained in the room and a few hours to train, but at the end of the day it was worth it because you guys made it very special today for us.”