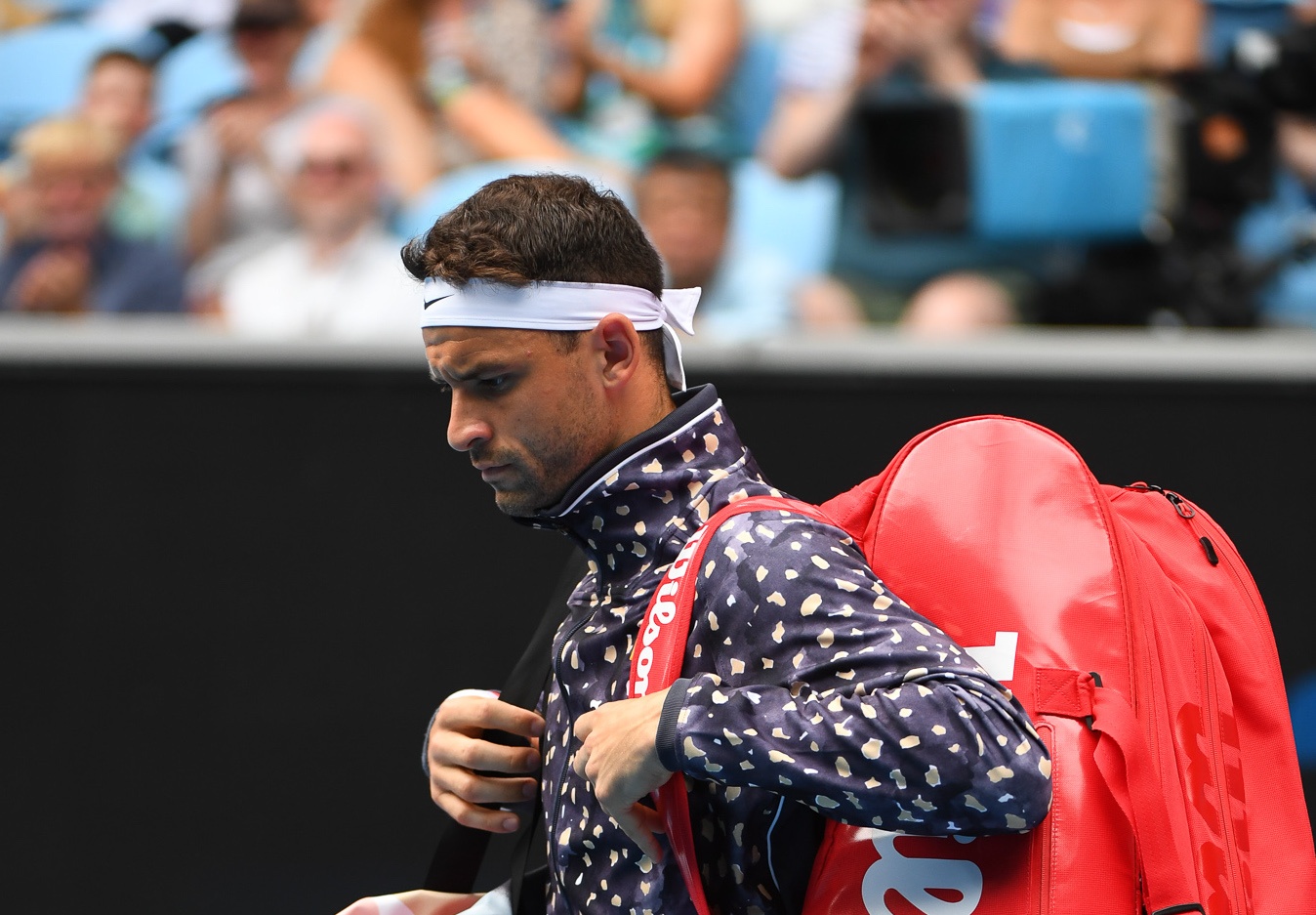 There’s surely nothing more frustrating in tennis than regularly watching Grigor Dimitrov self-destruct, or fight back from it just to make it more painful for him to lose.

As it must be unbearable for him to play, it’s nearly as unbearable to watch. Unbearable to watch a player who can do everything with the ball, someone whose game is flashy and daring per nature, starting to just push that ball and hope for the other guy to lose. At 5-4 30-0, Dimitrov had done the hardest in that match and showed amazing resilience and will-power so why, ô why, setting himself to get his tennis-heart broken one more time? Why not being able to surf on the Paris semi-finals at the end of last season and the US Open semi-finals before that?

In Paris, I asked him if we were going to see a new Grigor in 2020, he laughed

He saved his ranking like a boss in 2019 (currently N.20), so how can he go all the way back like this? Well, surely because he knows. He knows that for him, no amount of confidence will ever be a sure path to glory. He knows his own demons more than anyone else, he knows every line on their faces, every blinks of their eyes. They were there, daring him at 5-4 30-0. And they won again.

In Paris, I asked him if we were going to see a new Grigor in 2020. He laughed, then said he was hoping so, but rapidly adding that nothing was guaranteed in tennis.

I asked him if that US Open semi-finals had saved his career, but he wasn’t sure. After all, winning the ATP Finals in 2017 didn’t push him to that Grand Slam title he’s dreaming of. Sure he got unlucky in 2018 with a sneaky virus and then a right shoulder injury. And just like that, he landed in one of the roughest patches of his career.

Others will jump in and say he has too many tools in his tennis box and still has issues to pick the right one, or that he still wants it so badly that it comes back to hit him weeks in and weeks out. Who knows? Maybe not even Dimitrov, now 28 years old, whose ambition can’t be doubted.

Watching him sinking on Wednesday was infuriating in the way that it looked so unfair. Like : “not again Grigor, not again, please tell me you’re not going to do that to yourself again”. Tennis is a mental game and professional sports don’t care about the “oh but he deserved it” feeling.

Is Paul a better player than Dimitrov ? No way. Was Paul the one with nerves of steel in the money time, the one who went for those risky inside out backhands without any doubt? Totally. Was he also able to do this because nothing in Dimitrov’s body language was yelling “sorry buddy, I’m here to finish you off now”? Absolutely.

Masterpieces without the last note

Dimitrov is a gentleman, but sometimes he’d need to get his hands dirty and raise that head high, throw that fist pump into the other guy’s face. There is little chance that with all the scars he owns, he will become the steady rockstar of the Tour many wanted him to be.

There are still chances though to see his undeniable tennis-genius take over here and there, the last US Open proved it. As nobody has forgotten his masterpiece (without the last note) here against Rafael Nadal in the 2017 semi-finals and the other one in Wimbledon 2014 semi-finals against Novak Djokovic.

That’s where he should still be: fighting the Big 3 weeks in and weeks out. But that’s also the unfair burden tennis has put on Dimitrov: demanding from him a consistency at his genius-level that he couldn’t sustain. That’s the price to pay when you are that good: people are always going to want to see you at the top.

But each time we seem to lose hope in seeing him find the way, Dimitrov gives us an US Open 2019. And that’s why again and again until he decides he’s had enough, we will go through the Dimitrov Experiment.