Home » News » Victorious Nadal on comeback: « I had doubts every single day »

The former world No 1 beat Karen Khachanov in four sets to reach the last 16 of the Australian Open but said it had been a long, hard road to get back to this point 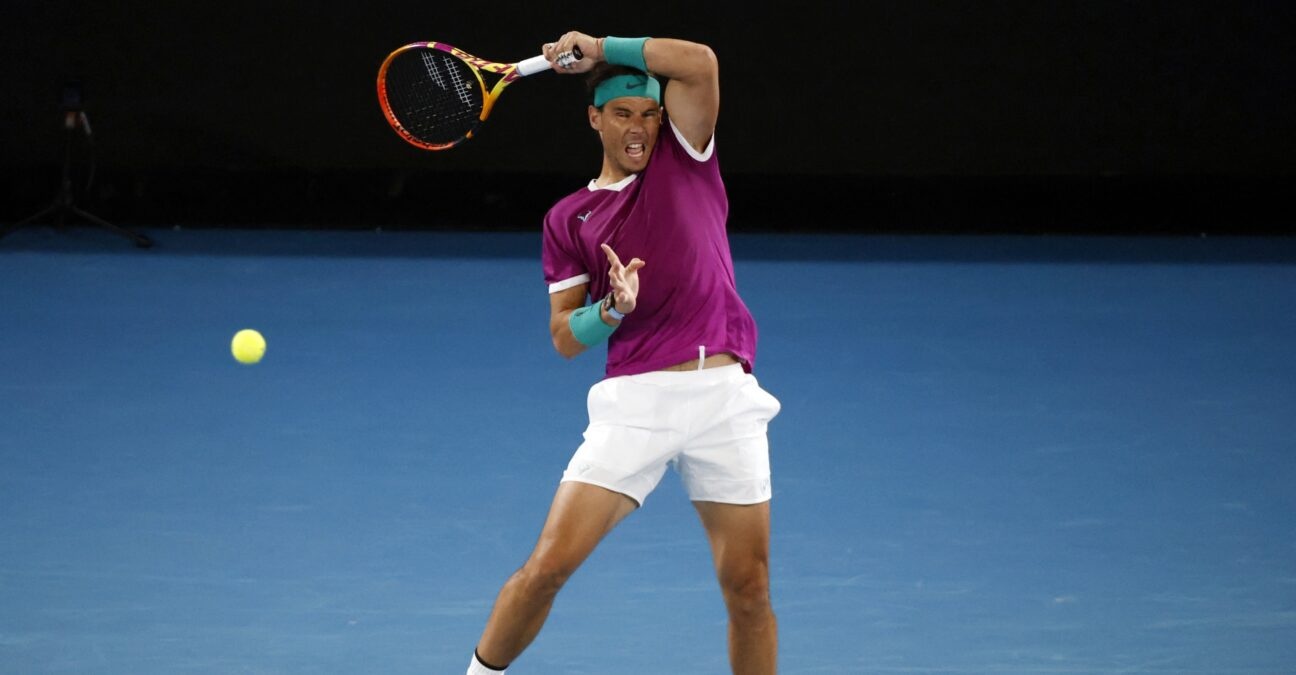 Former world No 1 Rafael Nadal duly booked his place in the second week of the Australian Open for the 15th time on Friday, a regular occurrence and one entirely befitting a man who has won 20 Grand Slam titles.

But for the 35-year-old Spaniard, his 6-3, 6-2, 3-6, 6-1 win over Russian Karen Khachanov – which set up a clash with Adrian Mannarino or Aslan Karatsev – was doubly satisfying given what he has been through to get to this point. He’ll play Frenchman Adrian Mannarino in the next round.

Out of action for the final months of 2021 due to a foot injury he said affected him at the French Open, sixth seed Nadal was not sure when, or even if, he could get back to his very best. There’s still a way to go, but the way he began thumping his forehand and playing, especially in the fourth set, suggests he may take some beating in a tournament he’s won just the once, in 2009.

“Honestly super-happy about the performance tonight,” Nadal told Eurosport. “Without a doubt has been my best match since I came back. I played more aggressive, returning inside and changing more direction with the forehand, and the backhand worked well. Things can’t be perfect after a long time without being on court. But tonight have been a very special night and I play with, I think, a very good level of tennis. If you tell me that that one month and a half ago I couldn’t believe it, so very, very happy.”

Nadal on doubts “every single day

When Nadal was struggling to overcome his foot injury in late 2021, picturing himself back at the top level was not easy.

And even for someone who has been through as many injuries as the world No 1, finding the positivity required to get through the darkest moments left him with many doubts.

“But with the foot injury, honestly, it was much tougher because you go every day on the gym, on the court and without an improvement. And mentally it’s much tougher. But I am very satisfied the way that I approach it. I I hold the passion, the working, the spirit, and probably that’s why I’m here and I don’t know what’s going to happen in the future, but I am enjoying every single day.”

The adjustment: Standing closer to the baseline to return

Despite his relative lack of play – Nadal won his first tournament of the year in the Melbourne Summer Set – the Spaniard has lost none of his tactical nous, as he showed against Khachanov when he adjusted his return position, standing much closer to the baseline than in his first two matches.

“I felt in the first two matches I was a little bit too far from the baseline and from that far, I was not able to recover the court. I was not able to push them back again,” he said. “So I said, I need to try to return inside. I think if I’m able to put some returns inside from that position it makes me feel more more alive, more dynamic, more aggressive. And the next shot with my forehand, I can take advantage from there. It worked well.” 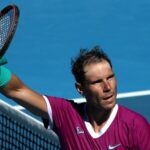 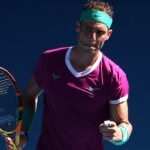