All you need to know about 2021 Australian Open Day 1 action on the men’s side, with the order of play and the live results from all the matches in Melbourne Park. 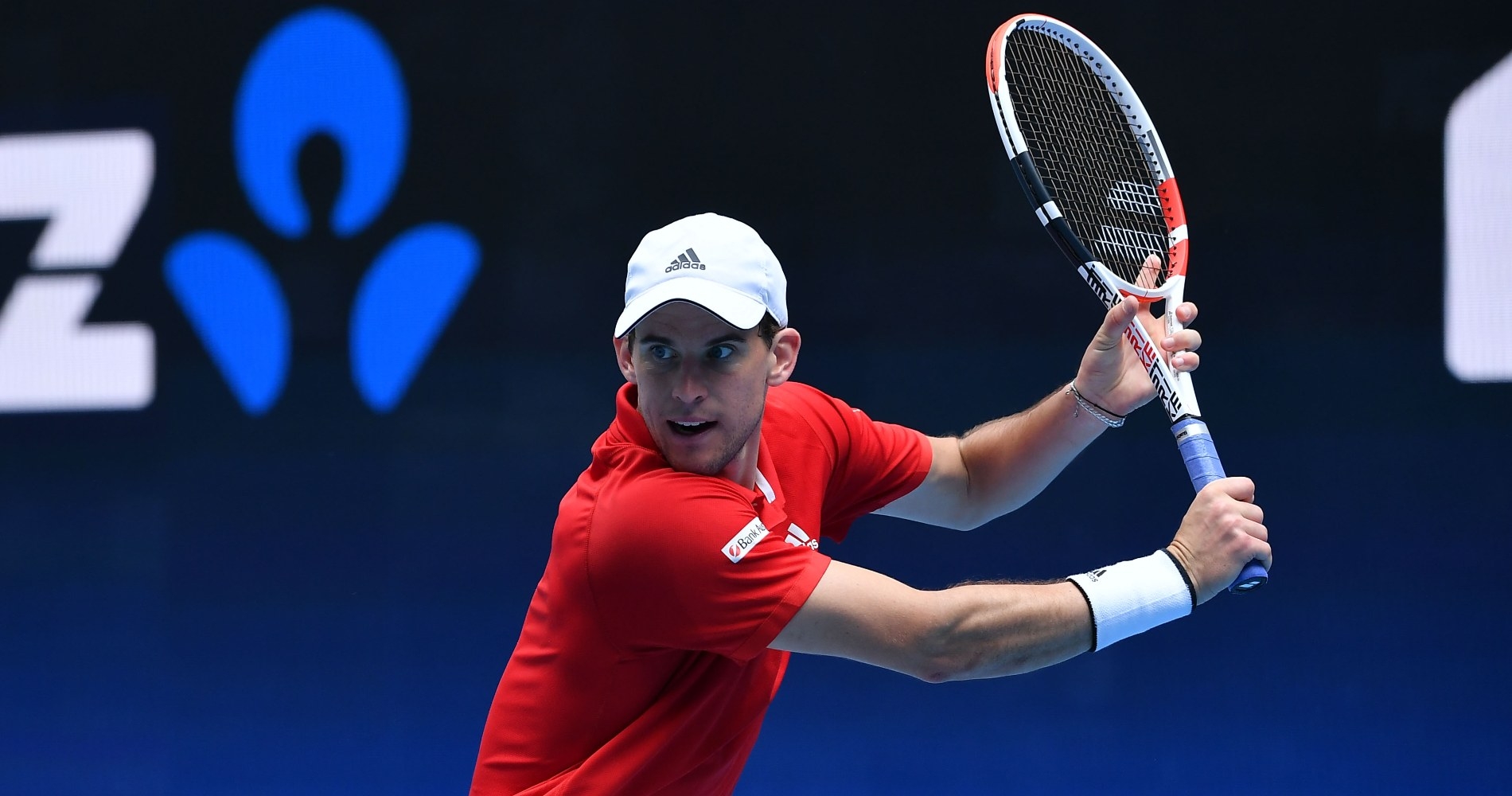 In a battle of former top-five talents, Grigor Dimitrov stopped Marin Cilic 6-4, 6-2, 7-6(5). The 18th-seeded Bulgarian needed just two hours and eight minutes to clear the Croatian, and he out-aced Cilic 19-4 over the course of the match.

The loss marks Cilic’s first defeat in the opening round of the Australian Open since 2007.

In other early evening action, Pablo Carreno Busta defeated Kei Nishikori, 7-5, 7-6(4), 6-2. Carreno Busta gained revenge for a dramatic, heartbreaking, and controversial loss to Nishikori in Melbourne two years ago. It came during the first year in which the tournament used a super-tiebreaker (first to 10 points, win by two) at 6-6 to decide the fifth set.

Take a look back if you’re curious.

Novak Djokovic was 13-0 lifetime against Jeremy Chardy heading into their Monday night matchup, and there was no reason to think that anything would be different at a tournament the world No 1 has won eight times.

Nothing, in fact, was different. Djokovic improved to 14-0 at the Frenchman’s expense with a 6-3, 6-1, 6-2 rout. The two-time defending champion needed only one hour and 31 minutes to advance. In ruthless form, he struck 41 winners to only 11 unforced errors, finished with nine aces compared to only one double-fault, and did not face a single break point.

Frances Tiafoe is next for the top-seeded Serb after the American eased past Stefano Travaglia 7-6(5), 6-2, 6-2. Travaglia had no days of rest after finishing runner-up to Jannik Sinner at the Great Ocean Road Open on Sunday.

Thiem, Zverev move into round two

Third-seeded Dominic Thiem and Sixth-seeded Alexander Zverev both overcame some early complications to advance to the second round on Day 1. Thiem defeated Mikhail Kukushkin of Kazakhstan 7-6(2), 6-2, 6-3, while Zverev rallied from a set down to take out American Marcos Giron 6-7(8), 7-6(5), 6-3, 6-2.

Thiem, who finished with 29 winners against 27 unforced errors, will meet Dominik Koepfer in the second round. Zverev awaits either qualifier Maxime Cressy or lucky loser Taro Daniel.

Gael Monfils still has not won a single match since the tennis tours resumed play last summer. The Frenchman, despite shutting down his 2020 season early to recharge his batteries, is still searching for his long lost groove. He has now lost six straight matches since tennis restarted last summer, and seven overall.

He’s also the first seed to fall on the men’s side in Australia.

After the match an emotional Monfils broke down in tears as he took questions from reporters.

“You can see that I can’t do it,”he said in French. “I train like a butcher and it doesn’t work. When the guy is on the ground, you don’t have to ‘shoot’ him. I would like to get up and tell you that this nightmare is over, but here I am.

“I will tell you my mother’s simple sentence,” he said as the tears began to flow. “She’s going to tell me…she will tell me: we must continue to train and it will come back. This is the only trick.”

It was a good day for  2014 Australian Open champion Stan Wawrinka. The 35-year-old blasted 35 winners to take down Portugal’s Pedro Sousa 6-3, 6-2, 6-4. Wawrinka, who was the first man to record a victory on the men’s side on Day 1, has never lost in the first round in his 16 Australian Open appearances.

The world No 18 moves on to face Marton Fucsovics, a five-set winner over Aussie wild card Marc Polmans.

Stan Wawrinka is into the second round after dispatching Sousa 6-3 6-2 6-4.#AusOpen | #AO2021 pic.twitter.com/hO4UTPBAmf

Wawrinka initially had high hopes for his 2021 season but his progress in training has been slowed by a positive Covid-19 diagnosis over Christmas.

Wawrinka looking forward to 2021: “I believe I have one last push”

The Swiss pulled out of the quarter-finals at last week’s Murray River Open after his two hour and 23 minute victory over Alex Bolt. He told reporters yesterday that he is feeling better every day, despite the fact that his preparations were derailed by coronavirus.

On his favorite court, John Cain Arena, Nick Kyrgios treated a small but enthusiastic crowd to a 6-4, 6-4, 6-4 victory over qualifier Frederico Ferreria Silva.

“It felt normal,” Kyrgios told the crowd. “You guys were going nuts…. I haven’t played a Grand Slam match in over a year. I knew I wasn’t going to be able to play my best tennis. I’m just glad I was able to get through, honestly.”

Next up for Kyrgios is 29th-ranked Frenchman Ugo Humbert, a four-set winner over Yasutaka Uchiyama.