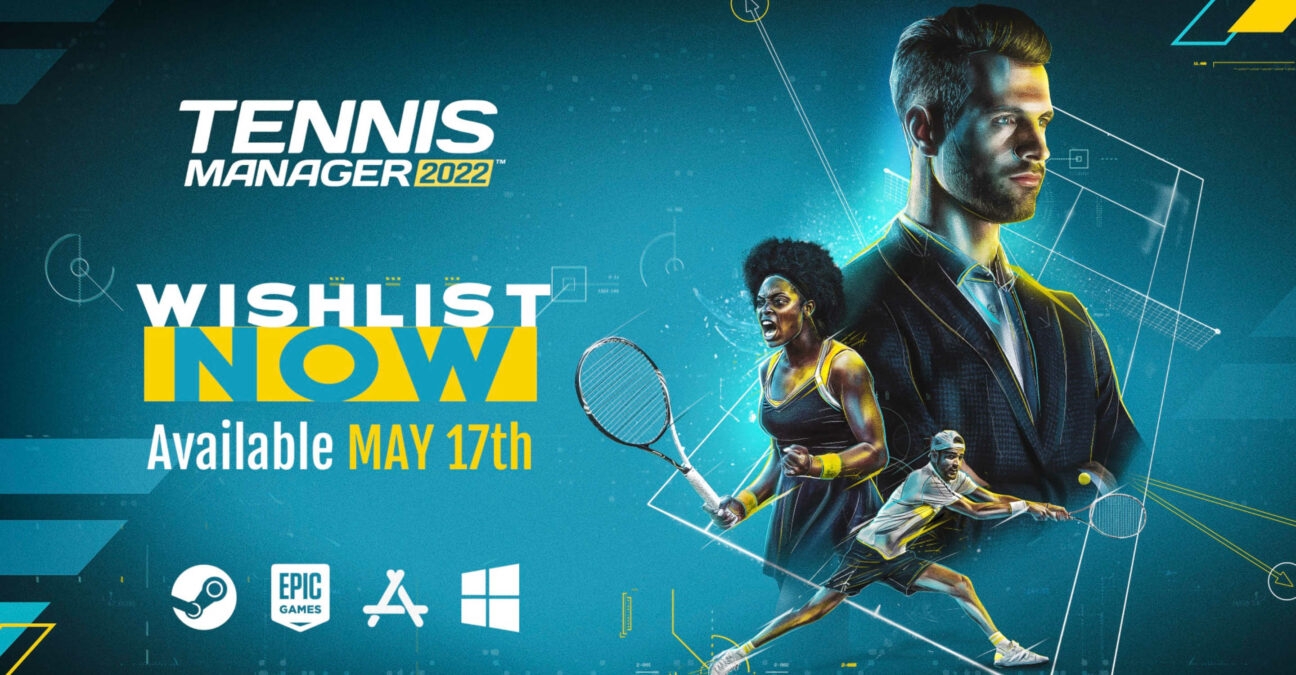 Tennis Manager 2022, the most realistic tennis game in tennis on and off the court, is now released. Win your own one.

French independent developer and publisher Rebound CG have launched Tennis Manager 2022. The realistic management sim puts players in control of their own virtual tennis academy, and is available now via Steam, Epic Games Store and GOG.

For a taste of what’s in store, check out the new Tennis Manager 2022 launch trailer:

In Tennis Manager 2022, players will take their hand-picked academy of players from the humble beginnings of the junior circuit, through training and more than 2,000 tournaments, to the high-stakes professional circuit and global acclaim. The team at Rebound CG have poured their tennis-loving souls into the game, which builds on the success of the first title in the series with a host of new features.

Alongside its roster of brilliant international tennis stars, the game features player creation, a new contract management and negotiation system, plus a host of complex team management tools to dive into. Matches have been made more immersive with enhanced AI and animations, while countless other gameplay improvements ensure that Tennis Manager 2022 delivers the leading simulation experience for tennis fans everywhere.