A potential Shanghai Masters double is on the agenda for Novak Djokovic, who faces playing two matches on Thursday. 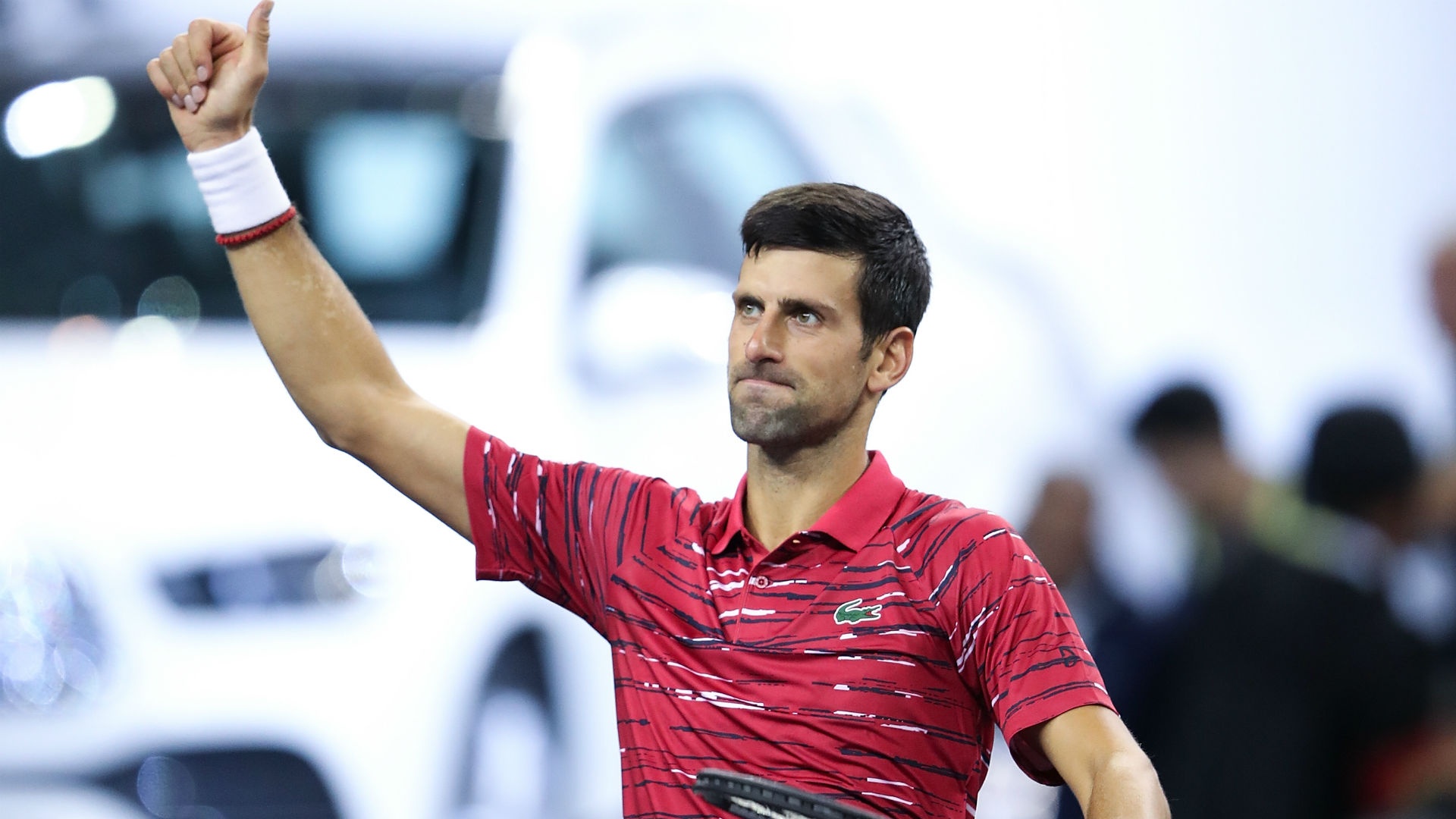 Novak Djokovic was buoyed by his display in Wednesday’s 6-3 6-3 victory over Denis Shapovalov at the Shanghai Masters.

The reigning champion overcame a potentially tricky first obstacle in his pursuit of a fifth title at the event, getting the job done in an hour and 10 minutes.

Djokovic dropped just one point on serve in the first set as he secured a last-16 clash with John Isner.

“From the beginning I was sharp, I brought the right intensity and focus on the court,” said the Serbian.

“Obviously Denis has played a match before here and won it, and conditions are played fast so I think it is quite suitable to his style of the game. Big serve, big forehand.

“I was constantly there in his return games but he was just managing to pull out some great shots, especially with the serve.

“It was a crucial break, I think, at 3-2, first set. It kind of allowed me to start swinging through a bit more and stepping into his second serve.

“Second set was great, he started off much better with some break points. I was lucky to save those. Just overall a really good performance and I am very pleased.”

@DjokerNole records his third win in as many matches against Denis Shapovalov.

Djokovic won the Japan Open last time out and has opted to combine his bid for singles glory with a shot at the doubles crown in China.

He and compatriot Filip Krajinovic face Jamie Murray and Neal Skupski on Thursday, with Djokovic’s Isner showdown also on the agenda.

“I’m excited for both matches,” he said. “Obviously John has one of the best serves in the history of tennis, so he can beat anybody if he is serving big and feeling well from the baseline and volleying well.

“I think the key is obviously how many serves I can get back in play. The more I do that, the better chance I have.”