Daniil Medvedev looked destined to leave Rafael Nadal on the brink of ATP Finals elimination, but the world number one surged back to win. 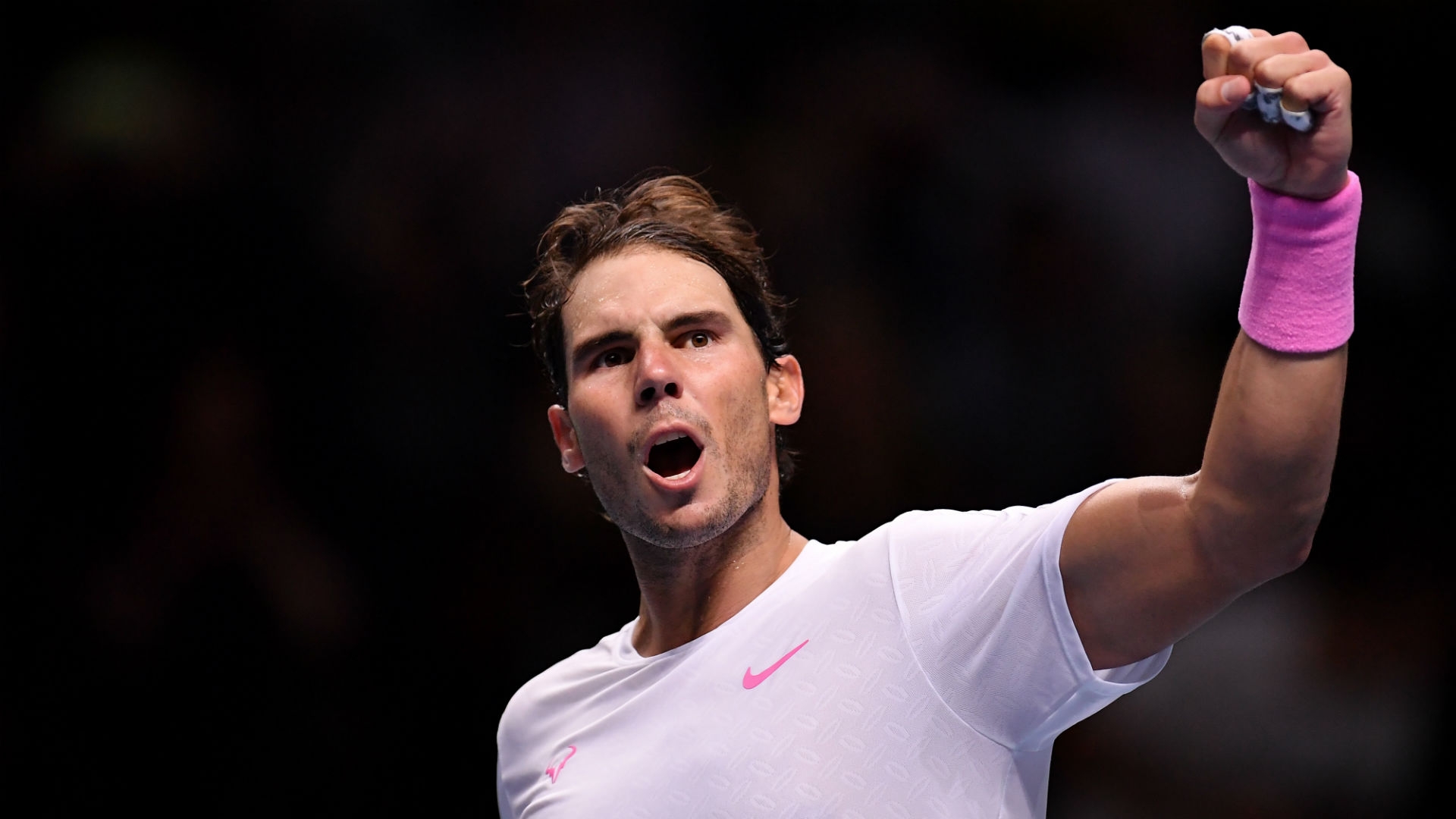 Rafael Nadal produced a stunning comeback to boost his progression chances at the ATP Finals, saving a match point before sealing a captivating 6-7 (3-7) 6-3 7-6 (7-4) victory over Daniil Medvedev.

Medvedev looked destined to gain a measure of vengeance for his loss to Nadal in this year’s US Open final when he broke twice and took a 5-1 lead in the third set at the O2 Arena in London.

However, the world number one, who said he was not hampered by an abdominal injury and simply wanted to up his competitive level after losing his round-robin opener to defending champion Alexander Zverev, won five games in a row to force a tie-break.

Medvedev seemed to have lost his composure and made several sarcastic gestures towards his box before finally succumbing, leaving the ATP Finals debutant on the brink of elimination after second straight loss.

Nadal attacked the net to good effect in the early exchanges, though when facing the first break point in game seven it was a looping passing shot from the baseline at the end of a 35-shot rally that kept the set on serve.

The set went to a tie-break and Medvedev’s forehand into the corner earned a mini-break to start, but Nadal hit straight back with his first point on the Russian’s serve since game four.

Medvedev dominated Nadal’s usually imperious groundstrokes and a rare error from the 33-year-old gave his opponent a chance to serve out the set, which he did not pass up.

The 19-time grand slam champion pumped his fist after starting the second with a break and he came from 0-30 down to consolidate it.

Medvedev appeared to become frustrated as he struggled to make in-roads – frequently giving a thumbs up in the direction of his box following lost points – and a double fault preceded a wayward forehand on Nadal’s third set point.

An unforced error gifted the Russian a break at the start of the decider and, after the top seed failed to take two chances to get it back on serve, Medvedev produced an ace to move 2-0 up.

The world number four pounced on a poor drop-volley from Nadal by whipping a backhand pass into the far corner for a second break that looked sure to prove decisive.

However, Nadal staved off two more break points and a match point as he reduced the arrears and somehow clawed his way back into the set.

He forced the set back on serve when Medvedev failed to get a volley at the net across and the Russian’s composure was shot, with Nadal successfully challenging a backhand that was called in to complete a memorable turnaround.