Stan Wawrinka was in command against Novak Djokovic when the defending champion retired at the US Open. 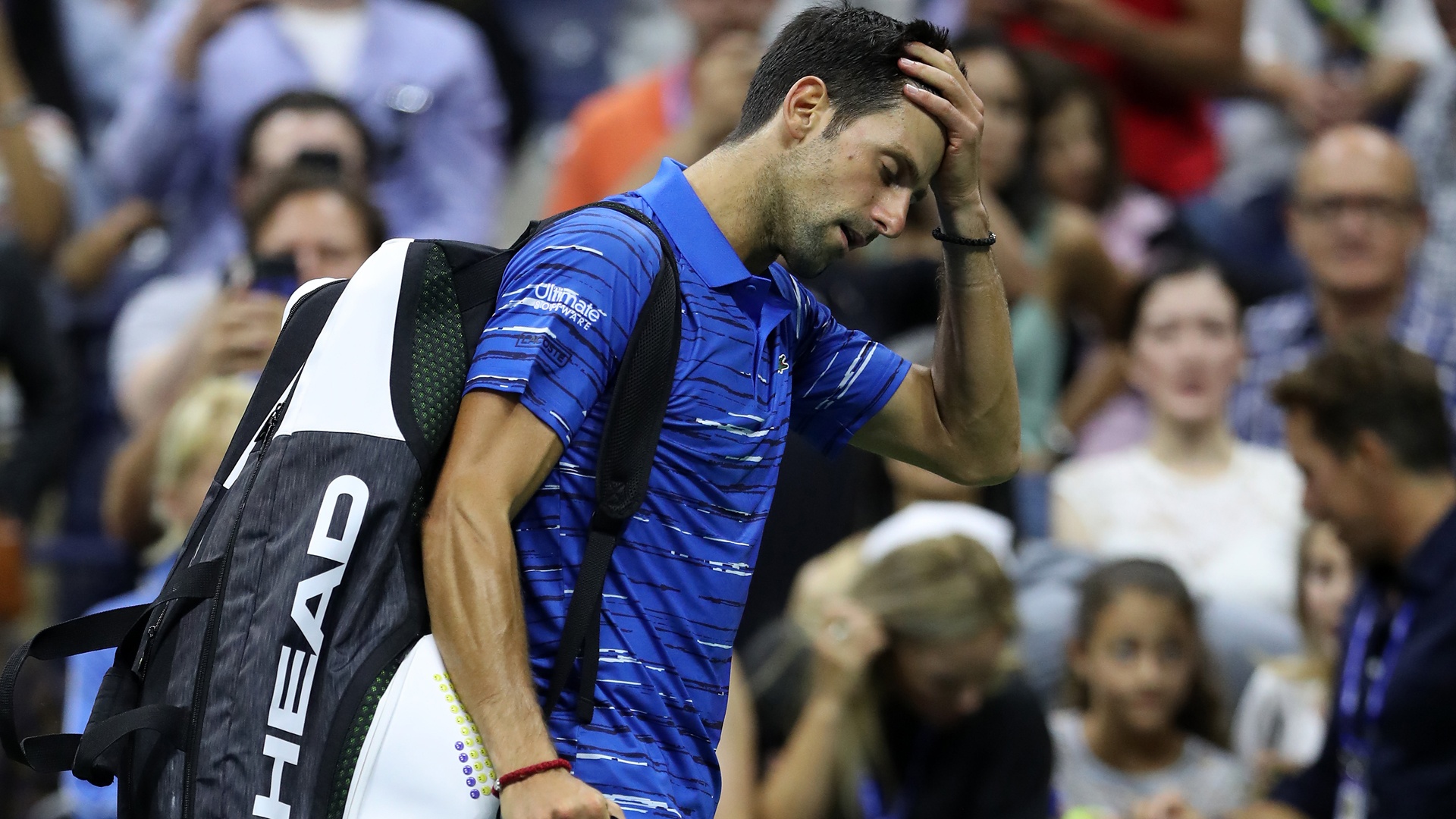 Novak Djokovic bowed out of the US Open against Stan Wawrinka, while Roger Federer cruised into the quarter-finals on Sunday.

Wawrinka looked in fine form and was two-sets-to-love up when Djokovic, who has been dealing with a shoulder injury, retired on Arthur Ashe Stadium.

The world number one and defending champion’s exit has opened up the top half of the draw, although Federer is starting to find some better form in New York.

Wawrinka was leading Djokovic 6-4 7-5 2-1 when the Serbian retired, having earlier again received treatment on his left shoulder.

In a rematch of the 2016 final, Wawrinka – then the champion in four sets – looked in good form as he took control of the fourth-round clash.

Respect between two US Open champions

The Swiss three-time grand slam champion has struggled with injuries in recent years, but seems to be getting close to his best form again.

The quarter-finals at Flushing Meadows add to his run to the last eight at the French Open.

FEDERER IN A RUSH

The 20-time major champion mixed 35 winners with 17 unforced errors in a ruthless victory.

Federer dropped the opening set in the first two rounds, but has now lost just nine games in his past two wins.

No player has more wins than the Russian on the ATP Tour this year and Medvedev is still embracing his villain status with the crowd in New York.

His win saw him move into the quarter-finals at a grand slam for the first time, with a tough clash against Wawrinka awaiting him.

A Grand Slam breakthrough for @DaniilMedwed

The Bulgarian has reached the last eight at majors four times previously, but his clash against Federer will be his first grand slam quarter-final since the 2018 Australian Open.