Home » News » US Open 2019: ‘I wanted her to have her head high’ – Osaka explains emotional Gauff joint interview

US Open 2019: ‘I wanted her to have her head high’ – Osaka explains emotional Gauff joint interview

Naomi Osaka did not want Coco Gauff to leave the court sad after their US Open clash, hence her decision for them to have a joint interview. 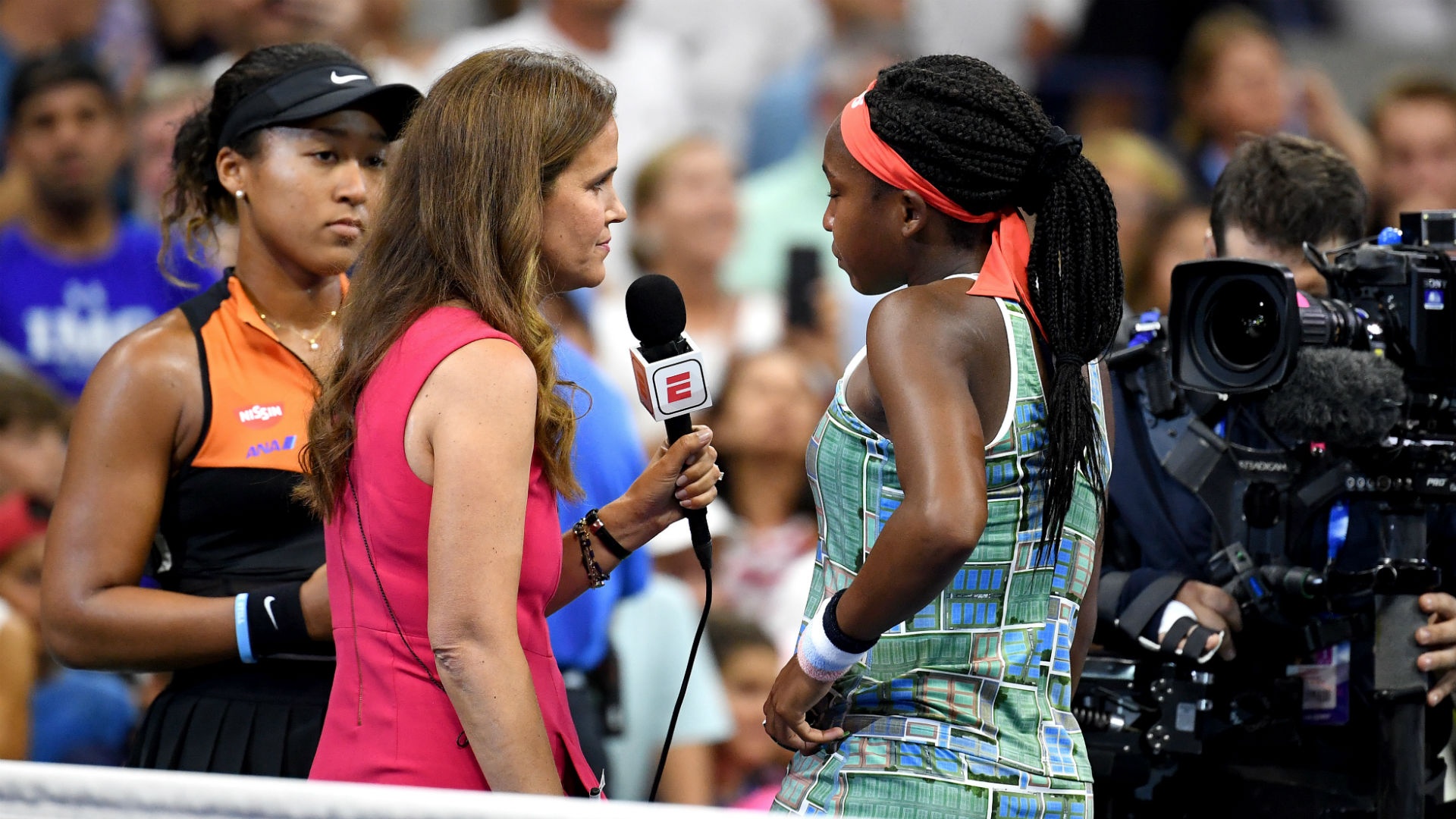 A desire for Coco Gauff to leave the court with her head held high was behind Naomi Osaka’s decision to persuade the 15-year-old to stay for an interview after their US Open encounter.

Defending champion Osaka cruised to a 6-3 6-0 win over the teenager in front of a packed Arthur Ashe Stadium crowd, ending Gauff’s memorable run at her home grand slam on Saturday.

However, even as Osaka eliminated the star of the first week of the tournament, the world number one won the hearts of the spectators when she was able to sway a tearful Gauff into joining her for the post-match interview.

They were each subsequently reduced to tears but received a huge ovation from the fans in an indelible moment in the history of the tournament.

Asked in her post-match media conference if her decision to have a joint-interview was instinctive, Osaka replied; “It was kind of instinctive because when I shook her hand, I saw that she was kind of tearing up a little. Then it reminded me how young she was.

“For me, at least when I lose, I just come into the locker room and I cry, then I do press, like, here. I love you guys, but it’s not the greatest.

“Then I was thinking normal people don’t actually watch the press conferences unless they’re, like, fan fans.

“The people that are out there, they’re probably going to just stay and watch the next person who’s playing, then they go home, and they wouldn’t know immediately what’s on her mind.

“I was just thinking it would be nice for her to address the people that came and watched her play. They were cheering for her. Yeah, I mean, for me, it was just something that was, I don’t know, instinctive I guess.

“For me, I just thought about what I wanted her to feel leaving the court. I wanted her to have her head high, not walk off the court sad. I want her to be aware that she’s accomplished so much and she’s still so young.

“I know that you guys are kind of coming at her with love, too. But I feel like the amount of media on her right now is kind of insane for her age. I just want her to, like, take care of herself.”

Osaka said she was the most focused she had been since her victory at the Australian Open, and her performance reflected that.

She started the match by racing into a 3-0 lead and, after surviving a Gauff revival, never let up in dishing out a bagel in the second set.

Quizzed as to how far she is from being at a level where she can win the slam again, Osaka replied: “The thing with me, though, is I get better as the tournament goes on.

“It’s not even a skill sort of thing, it’s just I trust myself more.”

Osaka will look to make further strides when she faces Belinda Bencic in the last 16.