The finals of the Davis Cup and Fed Cup will both be played in 2021 because of the Covid-19 pandemic, the ITF said Friday. 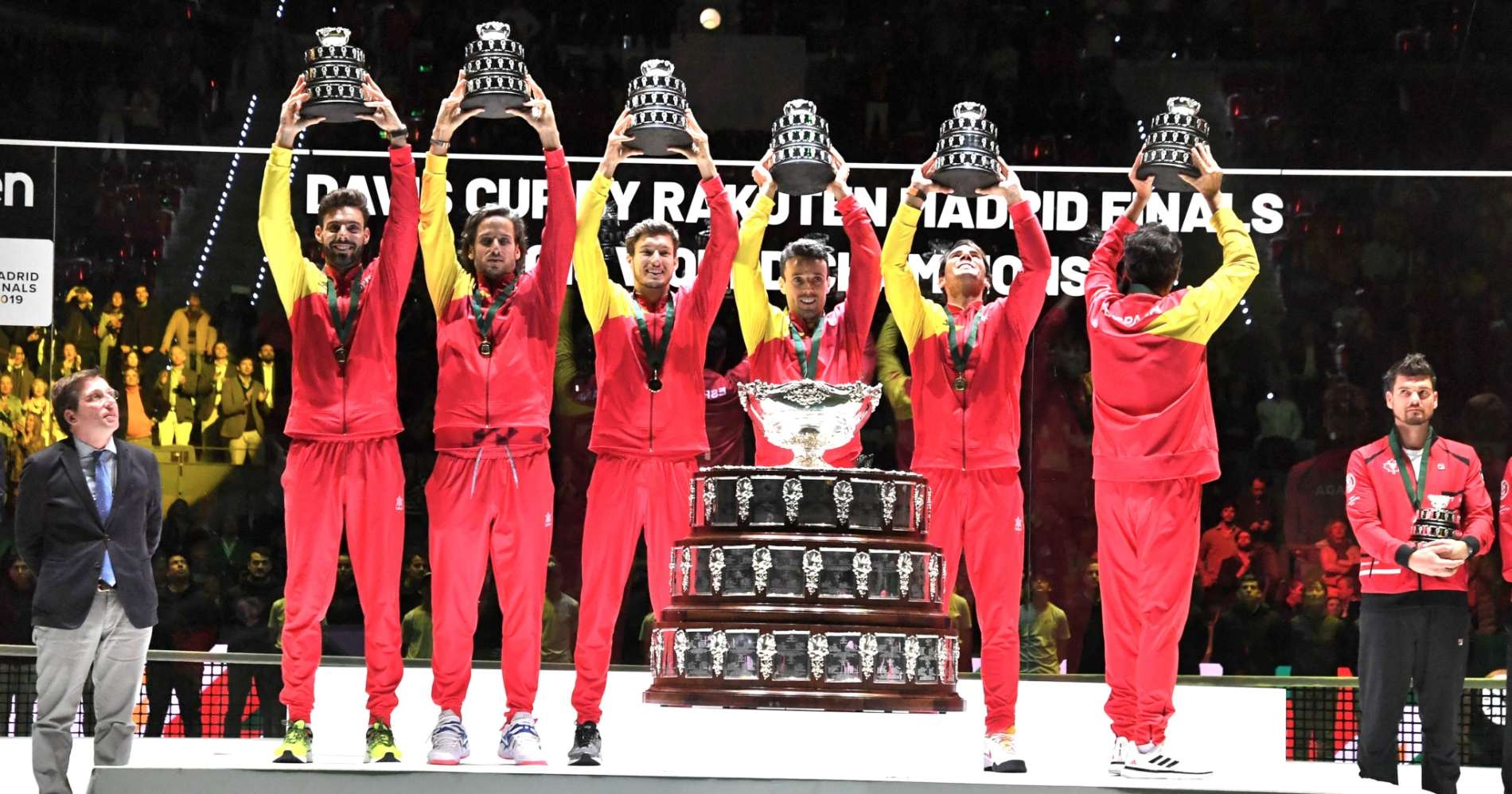 The Fed Cup finals, which were due to be played in April, had already been postponed as the Tours were suspended. They will now be played April 13-18, held on indoor clay at the Laszlo Papp Arena in Budapest, Hungary. The 12 teams already qualified for the 2020 Finals will qualify for the 2021 Finals.

The Davis Cup finals, scheduled for November, will now be played in Madrid, the week beginning November 22, 2021.

The ITF said hosting the events without fans was not a desirable option, while hosting the Fed Cup in an indoor arena, with sizeable crowds, was too difficult at this time.

“Earlier this year, we took the difficult but necessary decision to postpone the first edition of the new-look Fed Cup by BNP Paribas Finals in Budapest due to the COVID-19 pandemic. While it is regrettable that the Finals will not be able to take place this year, we are confident that we will be able to host a superb event in Budapest in April 2021,” ITF president David Haggerty said. “In these extraordinary times, we believe that the best way forward in order both to protect the health and safety of all involved and to best respect the integrity of the competition is to extend this year’s Fed Cup into 2021, with the event returning to an annual basis the following year.”

Gerard Pique, the president of Kosmos, who partnered and invested in the Davis Cup, said it was “a huge disappointment for all of us that the Davis Cup Finals will not be held in 2020”.

“We don’t know how the situation will develop in each qualified nation, or if restrictions in Spain will remain sufficiently eased, as such it is impossible to predict the situation in November and guarantee the safety of those travelling to Madrid. This postponement has no long-term bearing on our collective ambitions for the Davis Cup. The ITF and Kosmos Tennis look forward to delivering an outstanding competition in 2021, when it is safe and feasible to do so.”

Read more: Role, chairman, structure: All you need to know about the ITF