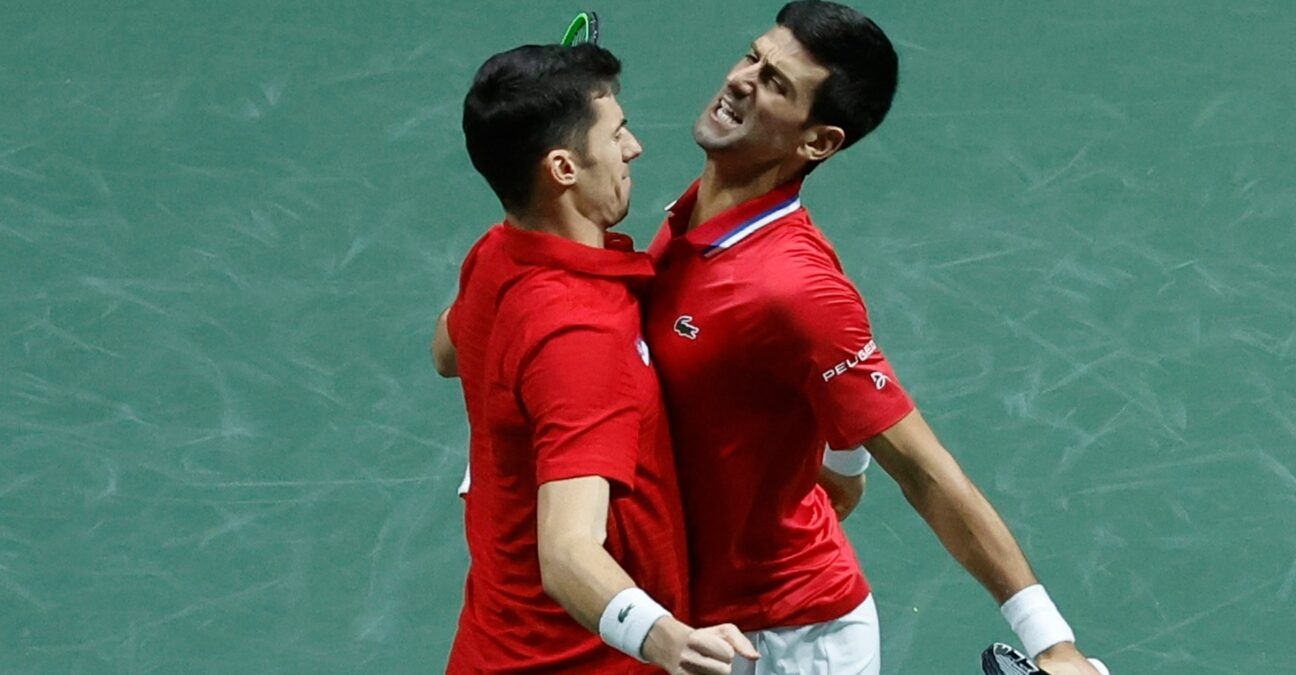 Novak Djokovic, who else, was the hero for Serbia as they clinched a place in the semi-finals of the Davis Cup on Wednesday with a nail-biting 2-1 win over a valiant Kazakhstan.

But world No 1 Djokovic levelled with a confident 6-3, 6-4 win over Alexander Bublik and then partnered Nikola Cacic to a 6-2, 2-6, 6-3 win over Andrey Golubev and Aleksandr Nedovyesov. Serbia will play Croatia for a place in the final.

“I am proudest of our fighting spirit,” Djokovic said. “We had a little drop in the second set but we managed to bounce back. I’m proud of Nikola, proud of this team and I’m proud to be in the semi-finals.”

Djokovic and Cacic too strong in the decider

Djokovic picked up where he left off in the singles in the first set of the doubles, firing blistering returns at the feet of the Kazakh pair.

But Golubev and Nedovyesov hit back well in the second, breaking Cacic twice as they levelled the match. The Kazakhs threatened to break at the start of the third set but Djokovic rediscovered top form and the Serbians broke for 3-2 and then broke Golubev to clinch victory.

“This is our third match together, every match is better,” Cacic said. “I got a little bit tight in the second set but we managed to come back in the third set. I am really happy. I want to thank Viktor (Troicki, the Serbia captain) as well.”

Troicki said he could not wait for the semi-final against Croatia.

“Novak today was amazing in singles and doubles and Nikola helped him so much. We have a couple of days to rest but we’ll prepare well for Sunday’s match. Really looking forward to that.” 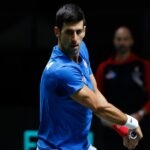 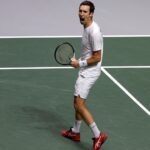 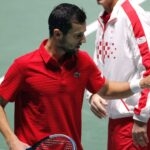