Tennis Majors > Others > Mrva and Cina: the in-form boys reach the final of the Petits As

Mrva and Cina: the in-form boys reach the final of the Petits As

The Czech Maxim Mrva, the top seed, and the Italian Federico Cina, the third seed, will meet on Sunday in the final of the Petits As in Tarbes 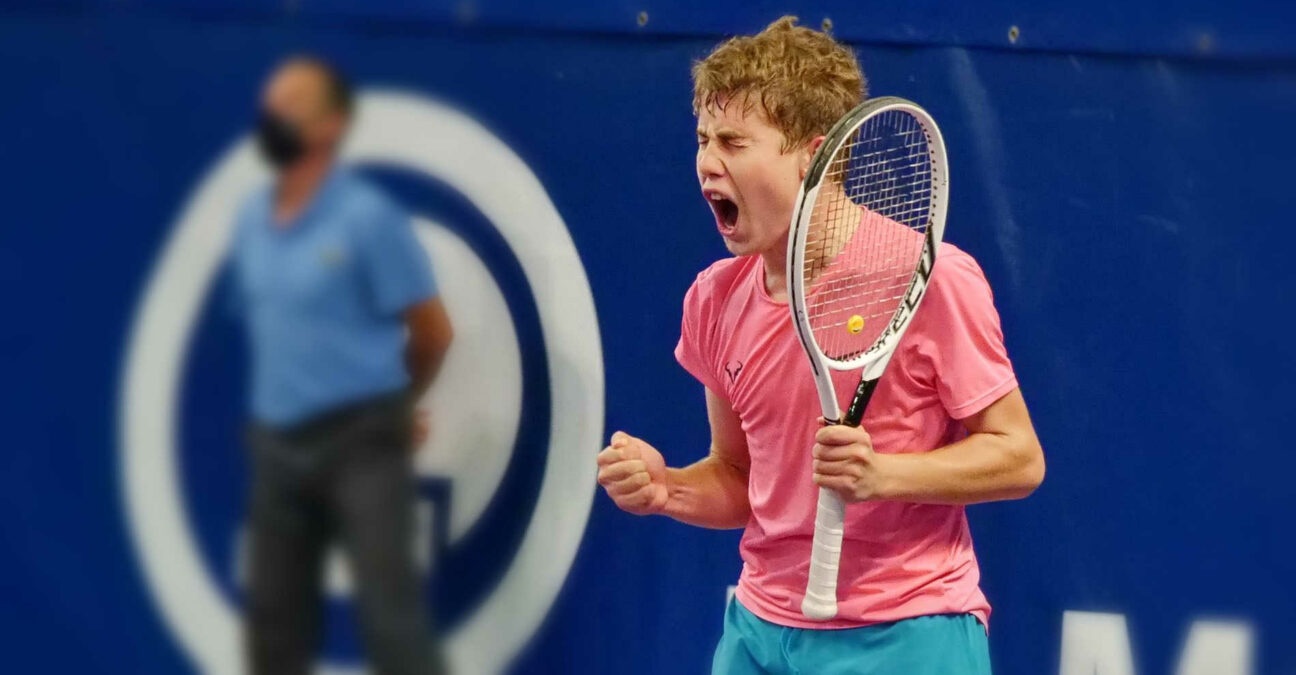 The form book was followed in the semi-finals of the boys’ draw of the Petits As, the unofficial world championship for under 14s. The number 1 and 3 seeds in the draw, inconsistent but clearly better than the rest since the beginning of the week, eliminated the last two American representatives, both left-handed. Maxim Mrva, the top seed, beat Matisse Farzam (4-6, 6-3, 6-2) and Federico Cina, seeded No 3, beat Darwin Blanch (6-3, 6-2).

Cina was the first to qualify. He needed barely more than 45 minutes to dominate Blanch without having time to worry. The Italian – the son of Francesco Cina, former coach of Roberta Vinci – has a quality of movement of a player much older which was of great help to him against Blanch, who has a remarkable arm but is less quick to problem-solve in the game. Cina pulled off a Djokovic-like victory from one set down, with a style of play inspired by the world No 1, to qualify for what is the last U14 tournament of his career before a big jump up to the junior circuit.

In the final, he will meet the Czech Maxim Mrva, seeded number 1. The player’s relatively small physique – perhaps what might be expected of an average 13-year-old boy – conceals a showman with a volcanic temperament and a natural ability to rise to the occasion that again set the tempo for his match against Farzam. Capable of monumental highs and lows, several times in the same match, in a Benoît Paire style (albeit with a looser wrist on the forehand), Mrza again needed to feel threatened, as in the previous round, to impose his superiority.

Against an opponent playing an aggressive and dynamic style, Mrza was down a set and break early in the second set before raising his game and finishing fresher. Farzam called a medical time-out midway through the second set for back discomfort. It didn’t stop him from finishing the match but obviously affected his mobility.

Cina and Mrza know each other well. Mrza has won both of their matches this year on the Tennis Europe circuit, in the quarter-finals of the European Championships in July on clay, and in the semi-finals in Istanbul in March, in the same conditions as in Tarbes. Cina, who won the doubles on Saturday with his partner Andra De Marchi, has the chance now to reverse the trend.