Mate Pavic and Nikola Mektic beat compatriots Marin Cilic and Ivan Dodig 6-4, 3-6, 10-6 to become the first Croatians ever to win an Olympic gold medal in tennis 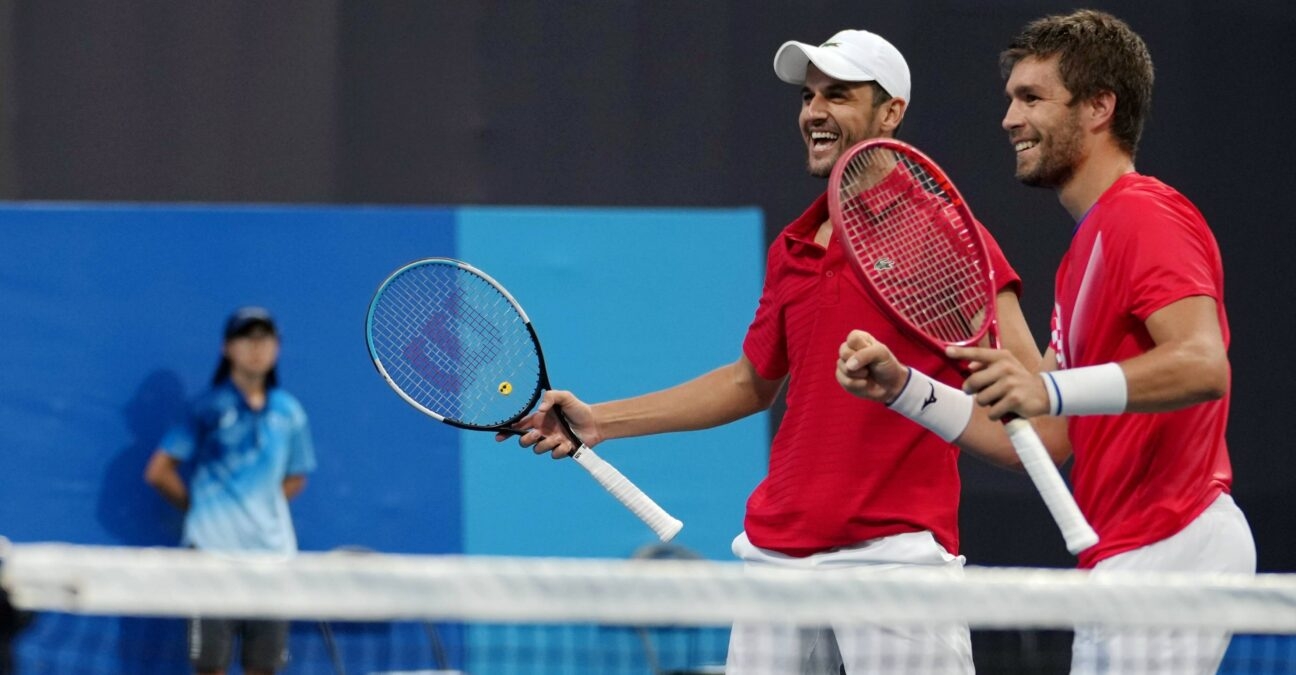 With four players from the same nation in the final, Croatia were always guaranteed a first ever Olympic gold medallist in tennis but it was Pavic and Mektic who took the glory.

The No 1 seeds made a fast start and though Dodig and Cilic hit back to level, Pavic and Mektic raced ahead in the deciding match tiebreak, eventually taking it 10-6 to take the gold.

Goran Ivanisevic won Croatia’s only previous medal, with a bronze in 1992.

Earlier, Marcus Daniell and Michael Venus also made history as they won bronze for New Zealand, their 7-6, 6-2 win over Tennys Sandgren and Austin Krajicek of the USA giving their country its first Olympic tennis medal since 1912.